Every year while I was growing up, Santa brought our entire family a tabletop game to enjoy after Christmas dinner, or, if the game was fun enough, New Year’s Eve.

Santa’s still pretty cool about doing that in my family’s home every year, although I have to say he’s getting quite a bit quirkier in his old age. He’s always seeking out something that challenges both the intellect, and tickles the funny bone.

The offbeat minds at Galactic Sneeze have come up with a game they feel might just do the trick with their recent bestseller, Schmovie. They gave me the chance to see if this is something in which I might recommend to everyone’s personal Santa or gift-giving service.

The goal of the game is simple: Collect four little “Schmovie Schquid Trophies” for coming up with the best title for fictional films. One player becomes a “schmovie producer,” rolls a game die to choose the genre of the film, and then draws a “What” and a “Who” card for the set-up of the movie. The rest of the players anonymously “pitch” their movie titles on their boards, and the one the producer likes best (or hates the least), wins a little Schquid. Continue around the board until the winner amasses their four trophies.

For example, you need a title for an “Action” film about “The World’s Oldest Toy,” and the answers could be anywhere from “The Land Before Yo-Yos” to “Toy-Minator Genesis.”

Simple enough, but it is actually fun? Let’s schmeer into some of the Schmovie pros and cons we encountered.

What this game had going for it:

Very little set up is needed. One game die, five little dry erase boards, two sets of movie cards, and an army of little Schquid trophies are all there is to it. You might want to give everyone a napkin or paper towel to keep their boards clean, though.

There’s repeatability in the playing cards. Unlike some word or trivia games, these cards aren’t “voided” once an answer is revealed. The outcome will always be different, even is the same two cards and game die combination happen to come up again. That’s the beauty of creative thinking.

It is not a “quiz game.” I love trivia, factoids, and question-and-answer, but this is all about making up your own answers. I appreciate something that requires someone to reach beyond their Rolodex of rote memory, and tap into a little something weirder and more personal.

The presentation is, for lack of a more creative word, “adorkable.” The bevy of little Hello Kitty-Meets-Lovecraft Schquid cards is really appealing. Each one has a little personality from pirate to corporate manager to bunny. Getting to choose the one little trophy you want (our girl called “Ninja” before the game even started) is an incentive for doing your best in the challenges.

The game can be adjusted for different age groups. Since this is all about the minds of the players, answers can be as tame or racy as the crowd allows. I like a being able to not hold back a bit of the blue streak when it’s a warped-humor-loving adult crowd, but I appreciate not having to tell my kids, “No, you can’t play this game. It’s just for grown ups.”

And, now the set-backs:

Recommended minimum age may be a little off. Having just said I appreciated this game’s ability to be a little kid-friendly, age 8 might have a hard time on their own coming up with titles, especially since they have to write the answers themselves. We played with a 12 and a 13 year old, and they seemed be about the right suggested minimum for single player games. Younger players would do best teamed up with an adult.

Keeping impartial and anonymous, isn’t that easy, either. The answers are hand-written on dry erase cards, so it stands to reason that figuring out who wrote what isn’t too hard. In all fairness, Schmovie did come up with a solution to this: Have another player read the titles to the producer, which is what we did in our game play, but not everyone has a “poker” face. It’s best to find a player who doesn’t inadvertently overemphasize their own entry. Keep this in mind, when choosing a reader.

A timer would be nice. In the game’s instructions, it says to impose your own time limits for each round, if needed. That’s fine, but sometimes that little intimidating “sands in the hourglass” helps move things along better. Believe it or not, some people actually work better under this crunch.

Adding all this up, the questions still remains: Was it fun? After giving this game a try, I think Schmovie certainly achieved the primary goal I feel it was created for: producing laughs. Yes, this game is fun, and with the right people, it can be an absolute riot.

Laughter, after all, is something for which all ages, can–and should–be experts.

See GeekMom Amy’s review of the original version of the game.

Schmovie retails for $19,99. GeekMom received a copy of the game for review purposes. 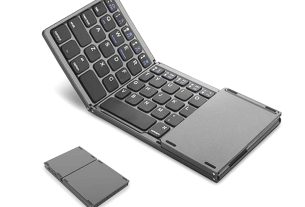 Be the Artist: Ansel Adams