Spoilers ahead, as we dive into “How Does She Do It?”

This week Supergirl figures out just how difficult working parents actually have it as she tries to balance being a superhero and taking care of Cat’s son.

We find our heroine flying through the air, monologuing about how happy she is, when she discovers she’s being followed by a drone. She destroys the drone, grabs a piece of it, heads to the DEO and promptly accuses Henshaw of spying on her. Because this episode actually aired after Mama Danvers bombshell, we know we can’t trust him, but Alex, after looking at the, very advanced, tech declares that they can trust him.

Once at CatCo, Kara discovers that Cat has beat out Lois Lane for an award, and needs to go to Metropolis to collect it. What’s the problem there you ask? There is no one to watch her son, Carter. Kara volunteers. Cat grudgingly agrees, but insists that Carter is gifted and shy so he needs special attention.

We find Lucy Lane and James having the previously discussed meal hashing out what went wrong with their relationship. She’s in town on business for JAG. Lucy misses him, he’s not having it and dismisses her. Kara, who’s picking up food again, sees all this and checks on James after Lucy leaves. Before then can say much a bomb goes off in National City, so Kara has to go and do that hero thing.

At the site of the explosion, Supergirl uses her super breath to blow out the fire and her super strength to hold up the building while she secures the building with her heat vision. All of this is observed by another drone.

As Henshaw is about to hand off the bombing investigation to the FBI, Alex discovers that the tech from the original drone and the bomb both originated at Maxwell Lord’s company. Hmm…let’s go pay him a visit!

Before Henshaw and Alex, posing as FBI agents, go chat with Lord it’s time for some girl talk. After hearing that Kara has become someone James can talk to, she warns Kara to beware the friend zone. (You know, that place Kara keeps Winn?) They are interrupted by an incoming phone call from Cat, Kara is late to pick up Carter. She flies over, at top speed, to the school and picks him up. Seems like she’s not so good at this babysitting thing, huh?

At Lord Technologies, we find Lord gearing up to launch his super train and completely uncooperative. While he does tell us that it was his lab that got blown up, he’s unwilling to say much else because he doesn’t trust the government. Alex is left behind to see what she can discover.

Back at CatCo, Carter is just unimpressed with everything, until a report about Supergirl comes on the screens in the newsroom. Kara is clearly flattered and entertained by this. Meanwhile, James has been left in charge while Cat’s away and he’s having trouble balancing it all. As Kara helps him focus, Lucy calls and James ignores it. He starts to vent to Kara but, with Alex’s advice fresh in her mind, she cuts him off and directs him back to work.

Alex and Lord are discussing how they both think what they do helps the world, when he gets a call informing him there is a bomb in his lab. They run down to the lab, Alex orders the building evacuated and Lord insists he can defuse the bomb. He does, momentarily. In reality, all he’s done is speed things up. Supergirl shows up and flies the bomb into the sky where it can’t hurt anyone, but her. She’s knocked out and lands in the ocean.

At the DEO, Supergirl is semi-conscious and sees Henshaw all glowy-eyed, but doesn’t think much of it. Later, when she wakes up fully, Henshaw declares they have a suspect, named Ethan Knox, who has been recently fired from Lord Technologies. Supergirl wants to help, but she’s left Carter alone with Winn for a really long time. With a warning from Alex that she’s spreading herself too thin, she goes off to check on the boys.

At the office, the boys are playing video games on Cat’s monitor wall, safe and sound. So, Kara heads out to get them some lunch where she promptly runs into Lucy, who wants to know if James is seeing anyone, specifically anyone who wears a cape. Kara says no and Lucy reveals that she prioritized her work because James prioritized Superman. Seeing as “this hero wears a skirt” Lucy has no idea how to compete with that.

Alex tries to get Lord to cancel the launch of his train, but he refuses. He doesn’t need the government’s help. You see, his parents died while on the government payroll. There’s a lot of that going around it seems.

Later, Kara apologizes to James for cutting him off earlier, and tells him all about her conversation with Lucy. She goes on to tell him that she would fight for love, but James doesn’t want to experience that kind of hurt again. So Kara, ensuring her one way ticket to the friend zone, tells him if he isn’t really ready to move on from Lucy, it’s not really fair to whoever may come next. She goes to check on train credentials, drops lunch off with Carter, and heads to the DEO so she can keep an eye on the train.

Lucy has come to say goodbye to James. After an argument, they both agree that they just want what’s best for each other. They kiss and she leaves to catch her plane.

While Supergirl is following the train. James contemplates his relationship with Lucy. Winn is hungry so he’s gotten a pizza. But wait! Carter’s missing! When the news says Supergirl is at the train launch, Winn realizes that’s where Carter would go and heads there to find him.

Carter is indeed at the train station getting pushed to and fro by the crowd.

Meanwhile, at the airport the police find a bomb. Supergirl begins to head toward the airport. James tries to call Lucy in a panic.

Supergirl arrives, Carter adorably fanboys, and Lord insists there is no way that Knox is on board. Supergirl orders Lord and Carter to get all the passengers to the back of the train while she heads to confront Knox.

We cut away from the action to see what’s happening at the airport. Alex can’t disarm the bomb, so Henshaw says he’ll handle it. Unwillingly she leaves, leaving Henshaw to get all glowy-eyed and disable the bomb.

The real action is on the train. Knox is in fact on the train, and Supergirl begs him not to hurt anyone. His daughter is sick and needs her father, Supergirl insists. Knox seems to think that it’s in his daughter’s best interest for him to do this. Besides, no one was supposed to know it was him anyway. She pleads that he not kill everyone on the train. He won’t, he says, because he knows she will save them. And she does. Using her heat vision she disconnects the car with Knox from the rest of the train, and slows down the rest of the train so the explosion happens far enough away that no one else gets hurt. All this leaves Supergirl confused as to how the bombings could possibly help a sick little girl.

At CatCo, Cat has returned to find Carter really excited about having met Supergirl. When Kara joins them, Carter can’t wait for Kara to watch him again even though Cat puts the kibosh on that pretty quickly. Giving what might be the worst working mom advice ever, Cat tells Kara that in order to have it all you have to master one thing at a time. It’s as simple as that. (In reality, you can be a master at everything and still not be able to juggle it all some days. Am I right ladies?) On the news, Lord talks about how he always has a failsafe for everything. This gets Kara thinking again, and she asks Winn to hack some hospital records.

She then confronts Lord, by flying in through the window to have a chat. What do they talk about? Knox’s daughter’s bills are being paid by Lord, so Supergirl thinks that Lord put Knox up to the bombings. Even though he says she can’t prove it, he admits to it and tells her his reason why. The drones, the bombings and Knox was all for Supergirl, to find out her strengths and weaknesses. Lord wants to know who she is, and exactly who on that train was important to her. In a threat that bothers no one, Supergirl says she’s going to be watching him. To which Lord replies that the fun “is just beginning.”

And that it is friends. Because now we have, for those of you playing at home, two big bads in Supergirl’s universe. Anyone want to bet on how long until Aunt Astra and Maxwell Lord team up?

As I said at the end of my Livewire recap, I had some larger thoughts about the show overall.

Here is what caught my attention as I watched these two episodes, it wasn’t the badly executed fight scenes, or the badly written on the nose dialogue, but the idea that Supergirl brings hope for a better tomorrow. If we stop and think about it, both Supergirl and Superman have always done just that. They are aliens who just want to make everything better for humans. As Cat said in Livewire, people want “optimism, hope, positivity.” That, I believe, is the point the producers are trying to make with Supergirl. Hope. She might not be the perfect feminist, and maybe the relationships aren’t perfect, she is here to give everyone hope. Hope that it can be better and that someone is coming to save the day.

And in a world where we are attacked by extremists and our children think lockdown drills are no big deal, maybe some hope and positivity is exactly what we need?

How Gene Roddenberry Changed My Life

Flying High in Colorado on 4/20 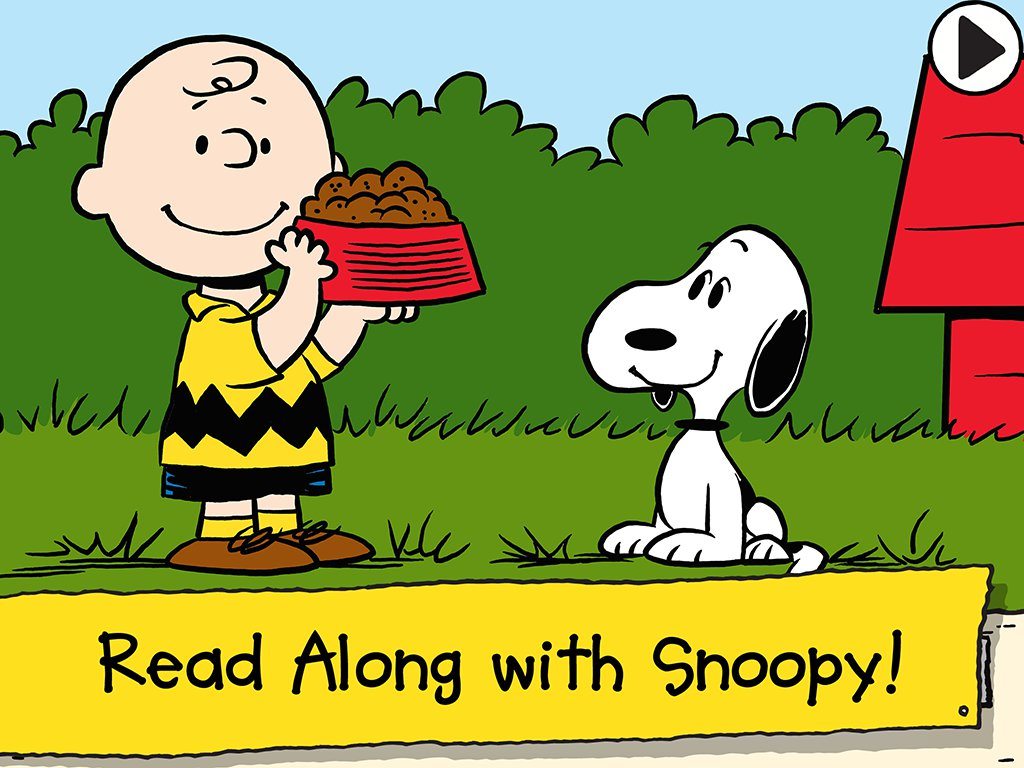