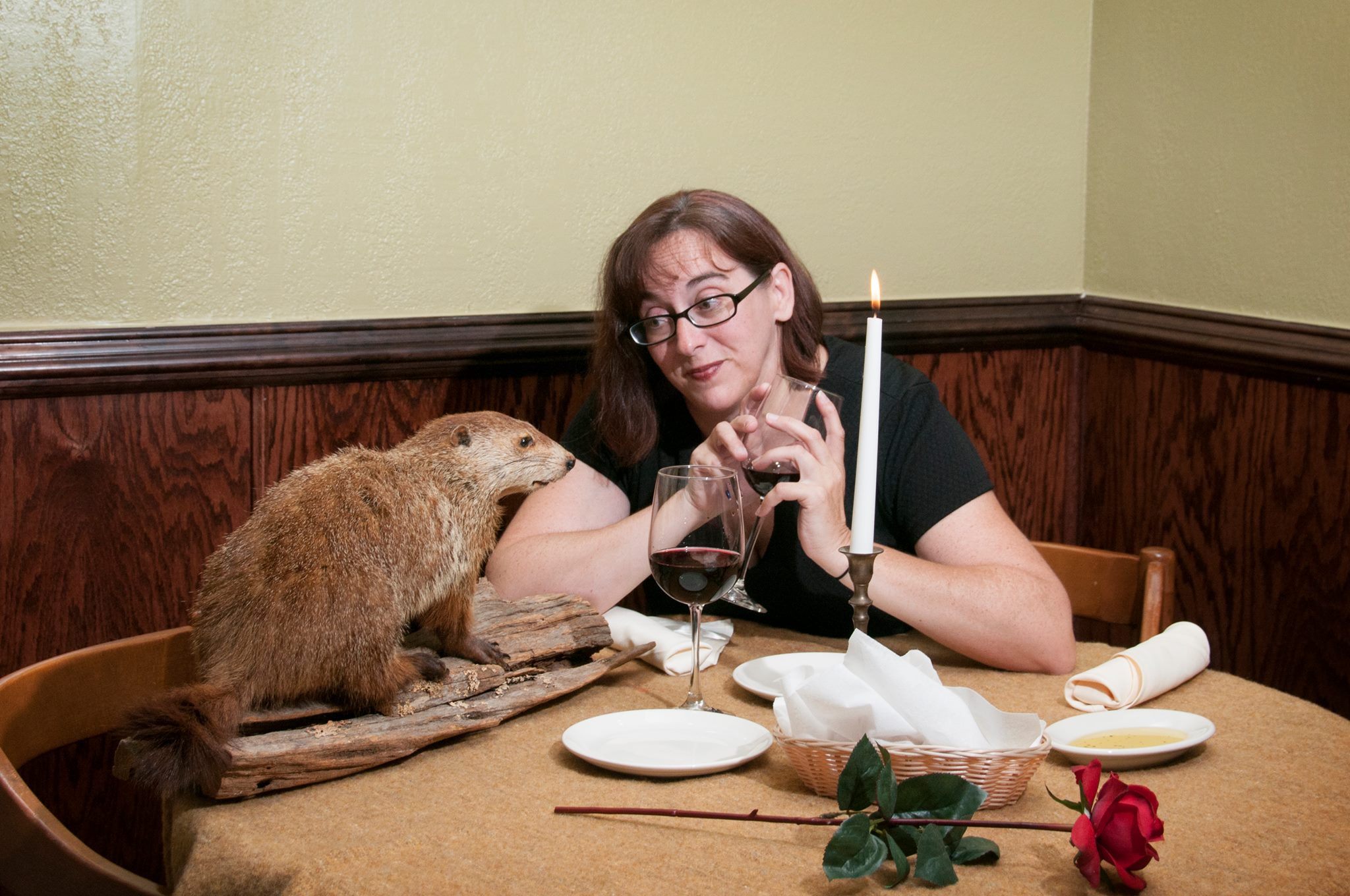 You’re probably wondering why I’m sitting here at a four-star restaurant having wine with a stuffed beaver.

No, it’s not a sneeze. Or a sneeze blessing.

Let’s travel back to this past summer, shall we?

To be extremely clear, I honestly did not know what GishWhes was, nor had I even heard the term, until this past summer. A chance encounter with a kindred spirit at a Halloween party led me to an invitation to be a part of the largest global scavenger hunt in the world.

Born in 2011, GishWhes is the brainchild of Misha Collins, otherwise known as Castiel on the hit television show, SuperNatural. The letters in GishWhes stand for Greatest International Scavenger Hunt the World Has Ever Seen.

The fans are all in.

Every year, Mr. Collins and his band of merry misfits over at GishWhes home offices (it’s all very hush-hush, but from what I understand, super important things go on there) devise all sorts of crazy and interesting tasks along with random acts of kindness and charitable activities.

Teams are comprised of members from all walks of life, from all over the world. Points are assigned, for all sorts of objective and subjective reasons, and at the end of the week, a winner is announced.

The prize is awesome… a trip for the entire team to a secret location and a weekend long party extravaganza with Misha himself.

So, now you know. But that’s not really why we’re here, is it? I see you looking at me, all side glance and  suspicion. You’re thinking, “Well, did you do it? Did you do the Weirdness? What was that like? What did you do? Was there nudity involved?”

But we’ll get to that in a moment.

What I’d like to discuss, at this point, are the promises almost magically spoken by every participant I encountered before the hunt even began, about how GishWhes would change me:

“It will change your life.”

“You will never be the same!”

“You’ll do things you never thought you would do!”

“It is life affirming.”

These are actual quotes, people. I’m not making this up. I gotta say, I was pretty skeptical.

The week prior to the hunt, the Twitter and Facebook feeds started sparking. Conversations of, “Did you see this? Is it an early clue? What did that mean. Are we supposed to do something? Can we start earning points now?”

I followed eight different GishWhes-related Facebook pages, numerous Instagram pages, Twitter accounts up the wazoo (can I say that here?), all in the hopes of catching a clue, some simple little thing that would help with my team’s quest for the win.

There were “test” clues. We learned how to use our Imgur account, started communicating with our team members about who was going to be assigned to what. Conversations included discussing who owns a Storm Trooper costume, who lives near various landmarks and cities, and who would want to do an art sculpture made out of, yep, maxi pads.

Okay, you’re probably wondering where I am, as usual in all of this… and there I was, sitting in the back row, watching from afar, and yes, every now and then, I let an eye roll loose.

I mean, maxi pad sculptures? And what was up with all of the mentions of kale?  I never did figure that out! People who participate in GishWhes are obsessed with kale, for some odd reason.

Now, rewind a smidge, and let’s focus on the fact that, at the age of 45, I’ve become a bit, um, stuck. While I am all about helping my kids to try new things, apparently I’ve forgotten to help myself out every now and then. I’m now officially old, crotchety, and cynical.

Let’s think of my GishWhes experience as a bit of a Mom Mid-Life-Crisis. We’ll put it up there with the occasional “regretful night out at the karaoke bar,” and the “Remember that time we went and painted pottery. What a wild night out,” events. But I had committed, and I was going to make this a positive thing if it killed me.

Friday night I went to bed with a text from my girlfriend saying, “I’ll see you at 9! When the list comes out!”

I apparently did not feel the same urgency.

My girlfriend sat at her office when I arrived at 10 a.m., and she had already printed out the lists, highlighted the tasks she wanted to do herself, and even had a “maybe” list for if she finished her chosen tasks and wanted to try more. She did not even seem miffed that I was late, or that I wasn’t as into it as she was. She was in her own world, and she looked super happy about it, so I jumped in.

Fast forward to seven days later, exhausted from late nights up editing images, days spent at the park walking robots in alien gear, and moments spent with my grandmother-in-law interviewing her about her childhood, I was beat. (Though slightly disappointed there was no nudity involved.)

Now, was it worth it?

Here’s what I found:

My hopes and expectations were to get my entire family to help me with tasks, and, in my mind, I thought, “How fun!”

Did my family enjoy it?  Well, after the second day, when I’d forced my son to wear a homemade Hitch-Bot costume around town and on roller skates, and watched as my husband battled a six-foot paper airplane (which, by the way, never, ever flew), they decided that it wasn’t the worst, but not really the best, either.

While I made some online friends, I can’t say that my life is changed.  Did the hunt give me a needed break from normalcy? Yes, it definitely did. I did have fun, there was a bit of creativity involved. But then, I do lots of weird creative things all of the time as a photographer and a cosplayer.

The friends I made, I do think of with fondness, though we don’t really communicate much. I am hoping I get invited back again, because I did love the sense of camaraderie that I had, even if only for the one week.

One difference I did see, however, was that participants in GishWhes tend to be the types of people that will help anyone, anytime, anywhere. I think that is what Mr. Collins was going for when he devised this worldwide party. People that enjoy helping each other, performing random acts of kindness (RAK, in Gish speak) and charitable acts.

Case in point, my girlfriend and her boyfriend drove to Burning Man a few months after GishWhes, and on the way back, their car broke down,  far from North Carolina, and far from anyone any of us knew.

A quick mention on the GishWhes message board sent a flag to one of our teammates from the west coast, who drove ten hours to help them out. Ten hours, folks. I don’t know if I would do that for a dear family member and this is someone they met online, during a global scavenger hunt.

It’s this kind of loyalty, friendship, and pure kindness that I’d say I notice and marveled at most during my week of Gishwhes and after. Whether or not I’m still a cynical fool, that’s still to be determined.

I noticed none of the normal online bullying, nasty offhand comments, rude critiques or disconnectedness that I see daily on social media. It was almost as if a new, kinder, better, more gentle online presence is in effect during the week of GishWhes, and amongst the players.

Now, are there exceptions? I’m sure. Mostly newbies who don’t really get the gist and want to trash talk and disparage. (Yes, I know, there was a trash-talking incident with a certain SyFy icon on Twitter. I’m not proud of it. I’m still learning! Be patient with me, Gishers!)

I plan on doing better this year. And so it begins. I’m sucked into the madness. I find myself making plans for future GishWhes events. I’m in.

Despite all of my cynicism, my eye rolls (my eye muscles were tired that week!), my sarcasm, and my fear of getting too close to people, the GishWhes phenomenon has got me on its hook.

My husband is taking the week off. We are saving money for a possible trip to New York City, you know, in case Jason Guarini happens to be in Times Square again this year giving out hugs. Just between you and me, I’m secretly super excited. 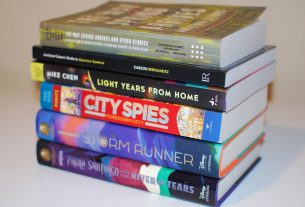 An Old School Project with a GeekMom Twist

2 thoughts on “How GishWhes Changed My Life. Sorta.”