The Twelfth Doctor, has already proven his rock sensibilities on Series 9 of BBC’s Doctor Who. Now, Titan Comics is giving The Doctor and his companions a little more music cred with a series of variant covers inspired by classic album art.

Each cover is created by artist Simon Myers (Scarlett Couture, Ghost), starting with a special Forbidden Planet/Jetpack exclusive variant of Doctor Who: Eighth Doctor #1 depicting the Eighth Doctor incarnation (Paul McGann) via the style of Bob Dylan’s “The Freewheelin’.”

There’s no word yet where the Twelfth Doctor variants should be available, but hopefully more album variants like these are on the horizon in the coming new year.

The Doctor doesn’t always get to be a hero, but perhaps the famous Bowie lyrics should say, “We could be Time Lords, just for one day!” 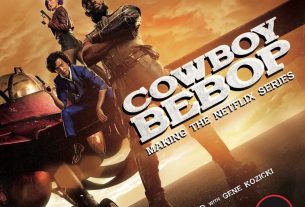