Several years ago, I swooned with pride over a series of student blogs discussing the story ownership through the active process of reading compared to the passive process of movie watching.

My teacher’s heart swelled ten sizes as the group of first-year students debated the difference between reading Lord of the Rings and watching the movies because one student complained that comic book movies were never as good as the books.

Watching the group of engineering first-year students debate how imagining the written word leads to ownership of literature, I smugly sat back thinking that they had learned an important lesson.

Earlier this week, we started reading the new illustrated Harry Potter and the Sorcerer’s Stone with our son.

I began questioning the viability of reading an illustrated book. I began to worry that perhaps I was enabling him by letting him read illustrated books that were not originally published as illustrated. I worried that I was giving him an easy way out instead of encouraging him to own a story himself.

We are a hard-core comics, graphic novel, (insert favorite illustration inclusive literacy here) family. The child decided to learn to read because we spent too little time reading Tiny Titans to him. This new worry, arising predominantly out of an upper-middle-class New England suburban mentality, surprised me.

And then, I thought about my job.

Teaching first-year college students means staying current on educational theory and adjusting based on shifts in how we define literacy. Combining my job as a rhetoric instructor with my role as a mother means that the two often bleed into each other. Karen ca. 2015 would read those posts, sit back, sigh slightly, and begin formulating a lesson on introducing the approach of information literacy and multimodal literacy.

Information literacy is the formal term for figuring out what words, pictures, or other data are important when reading through a whole bunch of stuff that doesn’t mean anything.

However, as parents, we need to admit that the word “literacy” has changed our childrens’ world to include new types of information and language. GIFs, Tumblr, and emojiis all use pictures to represent language. Reading these messages is mentally challenging. Go ahead, ask a teen to explain why s/he chose the poop emoji as a response to you. Betcha it will be a five to ten sentence explanation.

Parents and educators need to stop treating comics and illustrated works as being less than academic in nature, reserved only for those struggling or for giving easy entrance to something hard. Recognizing the importance of these kinds of books as learning tools for information literacy lets us guide our children’s practice in these skills.

Ultimately, this brings us to why the new illustrated Harry Potter book is a beautiful way to introduce these new literacies.

The  Association of College and Research Libraries (“ACRL”) has listed the set of skills needed for someone to be a fully informationally literate person. I think that if we look at how the illustrated Harry Potter  can be used to teach these, we see a really cool way to make an important skill fun. Using the ACRL guidelines, I wanted to put together a list or “reader’s guide.”

Determine the extent of information needed

Using fun stories with pretty pictures makes teaching this so much better. Trust the person who teaches this with peer-reviewed essays in her grownup life. In illustrated Harry Potter, the illustrations are not on every page and yet every page is illustrated. Confused? Yes, I get that.

Each page has some kind of art. The art may be a large splash page or a small image or just watermarks or ink marks. The art makes the book a full immersion experience. It is not the kind of illustrated book where the pictures stand separate from the text.

The written word is often overlaid on the images. For example, two typical pages that do not contain illustrations in the strictest sense are below. One has a marbling to the page while the other has ink and water spots. The illustrations here create the atmosphere of “old” making this seem like a historical text.

Try asking the kiddos:  are there pictures? Do you think this part of the story needs a large image? What kinds of images are here? Do think this is enough information? Why do you think the illustrator chose not to put a full picture here?

This bullet point is one that is one that makes more sense in terms of nonfiction. However, let’s look at what information we need from an illustrated book.

What I love most, particularly given my active/passive reading experience dilemma, is that the book does not always illustrate a character as soon as s/he is introduced. You have the written text that describes the character, and then later the character’s picture is provided.  For example, Rowling first introduces Dumbledore near the beginning of Chapter One.

In this edition, we meet Dumbledore on page seven. The first illustration featuring Dumbledore is one representing the chocolate frog card and is on page eighty-four.

Meanwhile, our first introduction to Hagrid is in the opposite manner. A half page image of Hagrid appears on page ten, although it is more a large face with motorcycle goggles than a portrait. The first meeting with Hagrid as a character comes on page eleven.

Evaluate information and its sources critically

What’s super cool about the illustrated Harry Potter in regards to critical analysis of information is that an illustrator and author usually work together at the same time to create the overall experience.

As any good Potterhead knows, Rowling’s writing was published in 1997. This illustrated book is only just released in 2015. This means that Rowling’s book acts as a source for Kay’s illustrations. Kay interprets Rowling’s work far after the writing.

Plus, even more exciting for the rhetoric geek in me,  Harry Potter is a total cultural phenomenon. This means that discussing the illustrations’ source material flings open the discussion door for a to critically analyzing the illustrator’s choices.

All of this means that we can talk about how the original writing influenced the illustrator and whether his own interpretations compared to the author’s ideas. How does Rowling describe the scene and do you think that his choices match the source information? Do you think he was true to her descriptions or do you think he made artistic decisions that were not in the written text? What is the difference between representing her images and being inspired by them? Why did he choose certain pieces of information (certain scenes) to illustrate and not others?

OK, I’m going to say it: This book is just really pretty. It’s like the pretty girl at the prom who’s also super cool and super smart. The book’s pictures are breathtaking. Each picture is so glorious and spectacularly singular that each one stands alone. Despite similarities in artistic style because Kay obviously has his own style, there are also a lot of differences.

Some of the pictures are focused, crisp, primary images surrounded by a blurred out environment. The first image of the Hogwarts Train acts as a perfect example of this. The engine is bright red and crisply drawn with dragon scales etched along the engine casing. Dinosaur plates line the top of the vehicle. A steam pipe with a dragon face spewing fire completes the details. The rest of the image shows blurred outlines of people, none of who can be determined except for Harry. This image stands out to me because it encapsulates the train as being almost a living mythological or extinct thing.

When looking at these different images throughout the book, asking children after the fact which pictures they liked most can lead to discussing why they saved those in their minds. Why did you like that picture? Why did you choose that picture over this other one? Why do you think that image stood out in your mind instead of others?

Use information effectively to accomplish a specific purpose

As a blogger, one thing I have learned is that to make images effective, they need to be integral to the text without distracting from it. My favorite Harry Potter illustrations are ones like the Diagon Alley illustrations. The text, superimposed on the pictures, keeps the image from overpowering the text.

In some cases, pictures are incorporated in one of the columns in the middle of a page. In others, they are incorporated as whole pages on their own. The lack of predictable placing and pacing of the illustrations is something that creates its own line of narrative.

The questions then become more important in terms of how the illustrator chose images but also how were they used to enhance the story.

How do Kay’s choices of full-page images relate to Rowling’s text? Does the visual narrative give equal importance to characters or scenes as the written narrative does? Does Kay have the same goal in his story as Rowling does? What is the narrative purpose in the placing of Kay’s images? How does the pacing of images aid Rowling’s story? Do Kay’s choices create a different narrative than Rowling’s based on his choices?

Despite my original concerns, which probably only lasted long enough for me to formulate the idea, choosing how to approach illustrated works for our children is truly one of the more fun aspects of modern literacy.

Teaching our kids how to work with images as well as written text is kind of like putting together an abstract puzzle. Teaching them ownership over all forms of text means that they will be better readers and thinkers. 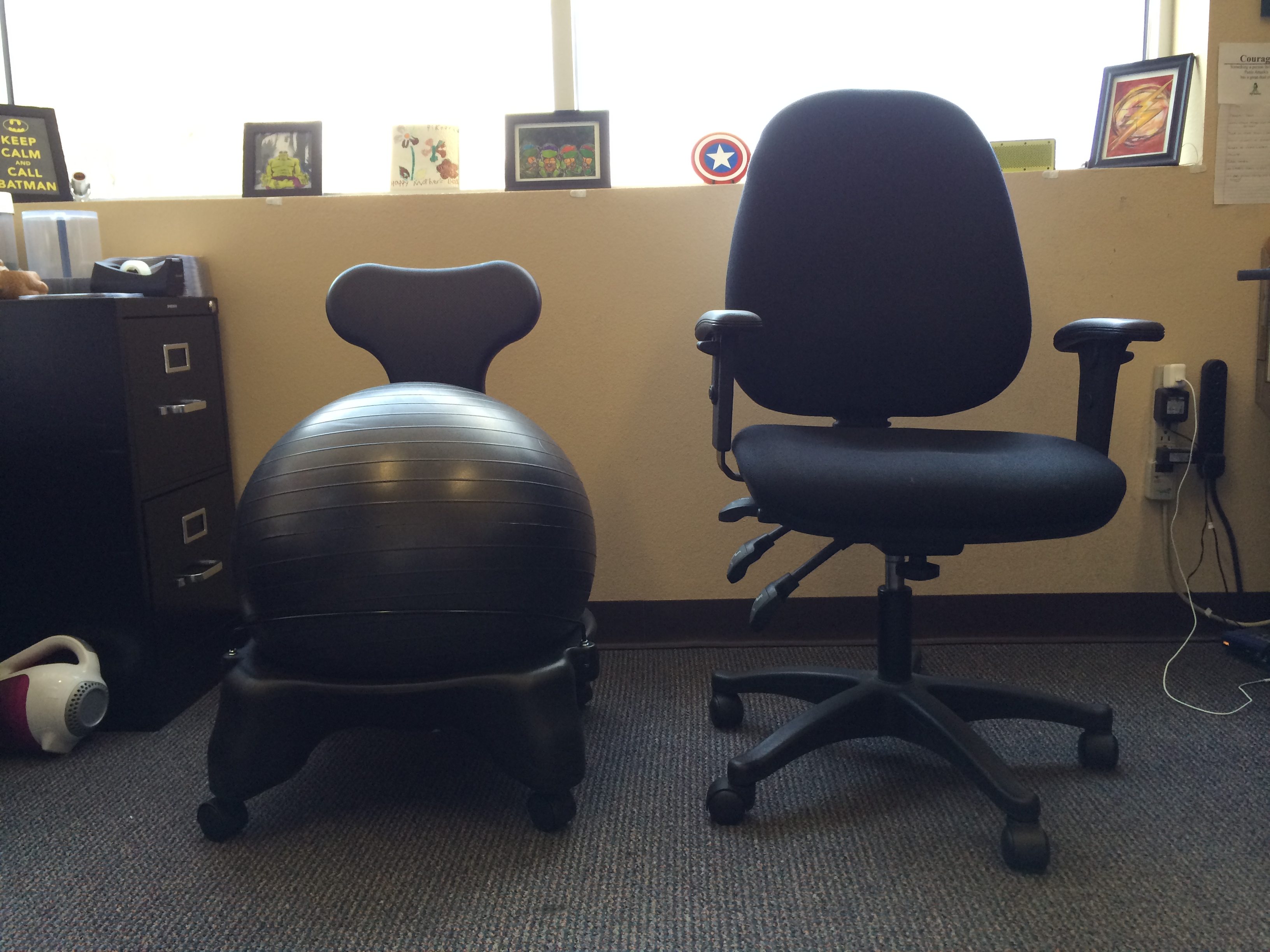