Get it? Because it is a gas that…oh never mind.

I love to tell these kinds of jokes, and get some pretty good “reactions” (element pun intended) with these.

I’ve gotten even bigger response, from all ages, for jokes like the one my dad told me when I was five:

“What is the difference between a pub and an elephant passing gas in a cave?

One is a barroom…the other is a barROOM!!!”

This one produces genuine belly laughs, from toddlers to teachers.

Why is this the case? I mean, the first joke takes a little thinking, and the latter is just a big old fart joke, right? I just answered my question. No deep thinking is needed for response…just laughs for laughter’s sake.

Humor has always been important to me, especially to my personal philosophy on child rearing. I want them to love good music, good literature, know history and geography, embrace their scientific curiosity, and their travels in faith. However, I want them to relish the value of laughter….and I want them to laugh every day.

When in doubt, the fart joke and other forms of juvenile humor seems to do the trick.

I remember the first time I laughed at something like this. We were pulling out of a gas station and my brother said something I found insulting (shocking coming from an older brother, I know). Ergo, I called him a “stupid fart.” I was four or five and my brother, seven years my senior, was utterly scandalized. One would have thought I mooned a monk in his presence.

“Daaddd!! Lisa said ‘fart,'” as if the whole population of the car didn’t hear it.

I didn’t know what the word meant, but I’d heard it plenty, seeing as how my maiden name is Hart. You do the math. I told my dad as much, and he said, “A fart is a toot.” Now, that word I knew, but I had to make sure. “‘Toot’ like a horn,” I asked.

“No,” he said not even turning around. “‘Toot’ like that kind that goes PFFFFTT out of your body.”

Everyone, even my brother, cracked up, and peace and harmony among siblings was restored…for the time being. This is the uniting power of sophomoric humor.

I’ve said before, the boys of Monty Python were my “Beatles” when I was a teenager. I memorized jokes and songs, and can recite nearly every line in The Holy Grail movie, “The Dead Parrot” sketch and other bits. They were, believe it or not, able to create some pretty deep social and political humor. What is it most people repeat?

Admit it, you were singing it. It’s okay, so was I.

Even William Shakespeare knew the importance of silly or  “mild crude humor,” as the modern ratings system likes to put it:

“Drink, sir, is a great provoker of three things,” The Bard wrote in Macbeth, “nose-painting, sleep, and urine.”

That’s genuinely funny…and true. Plus, that was one of his milder trips into bawdy talk.

I could go on an on about my love for Shakespeare’s dialogue, how he “invented” more than 1,700 now common words (eyeball, moonbeam, radiance, puking), but he didn’t always hold back in trying to be disgusting or naughty. In The Comedy of Errors, for example, he took up a whole 23 lines of dialogue between characters Dromio and Antipholus just so he could make some she-had-a-big-fat-butt jokes and rudely compare a person to a globe. This had absolutely nothing to do with the rest of the plot.

Antipholus: In what part of her body stands Ireland?

Dromio: (In) her buttocks: I found it out by the bogs.

Nice, Willie, real mature. Yes, he was probably snickering to himself over this, but what he also did was use some low humor among his well-crafted wordsmithing to melt away the difference between the classes with an easy laugh.

Low humor is a great icebreaker after all.

To clarify, however, I’m not talking about sexually explicit X-rated humor or over-the-top scatological gross-out jokes. We’re just knocking the envelope of good taste around, not pushing it off the edge.

Of course, this doesn’t mean the occasional euphemism isn’t a welcome giggle. Remember my little ode to the vast intelligence of my muse, James May? How many times have I seen him or his cohorts on the former Top Gear draw some sort of phallus for cheap (effective) laughs, and in one Head Squeeze commentary on space, he admitted to farting in a space suit. It was an aside comment, but that ended up being the title for the video. Sometimes, it seems, fart jokes can further the educational process.

Base humor isn’t just a boys’ club. Women can “whip out” some good one-liners better than anyone, as GeekMom Samantha Cook shared with me: “What does every Tickle Me Elmo get before it goes in the box? Two test-tickles!”

Roll your eyes if you must, but you know you’re sharing that one.

Remember, laughing at the occasional crude joke does not make one less smart, and even I had to figure this out on my own.

I had the opportunity to do a phone interview with “blue collar” comedian, Jeff Foxworthy, when I was working at a paper in northern New Mexico. Despite my Texas upbringing I immediately stereotyped the man. I was expecting to talk to an uneducated simpleton, but Foxworthy turned out to be very well-spoken and bright.

This “greatest common denominator” works not only in the greater population, but in the individual home as well.

Here’s where I get to brag. I call my girls my little (Ford) “Mustangs,” because they somehow both managed to eke their way into the GT (gifted and talented) program at their schools. I’ve been told they both possess “advanced vocabularies” for their age, and are very prolific readers.

Maybe so, but my 6-year-old still thinks the funniest thing in the world is when the dog passes gas and looks around to see what kind of creature is trying to escape from his behind. Plus, when I can’t get her to listen to me, I throw in a sentence with the word “butt,” and she’s all ears and giggles.

I’m not the only one who’s found this occasionally helps. GeekMom Sophie Brown said she “bribed” her son, Fin, to help her with a project for the global scavenger hunt, Gishwhes, by allowing him to check out a library book called, Noisy Bottoms, complete with sound effects.

“I also recently discovered that adding poo into a discussion increases his interest 100 fold,” she said. “We have a science workbook I bought from the pound shop and we were working on a page where we labeled organs in the human body. Fin wasn’t hugely interested until I explained what the intestines did/made. He can now explain to you the basic digestive process. He was also fascinated to learn what a bladder does after being told what goes into it.”

Let’s be honest, we all want our children to grow up intelligent, eloquent, and high-minded, but we also want that sense of mischief. Often with that comes the propensity for the occasional raspberry and armpit fart. I don’t personally have that talent, but I used to be able to burp the alphabet. Both my girls have followed suit, and can belch the wallpaper off the wall, much to their poor dad’s dismay at times.

On occasion, and not around certain relatives and company, I don’t mind this giggling at the gross. When we can break down and laugh at this absolute silliness, we remind our kids were children ourselves…and still are in someway, if we’re lucky.

It’s nice to know that no matter who we are, our age, background, station in life, or opinions, we all possess to some extent, that little “twinkle-in-the-eye” of mischief that enjoys some good-old-fashioned immaturity.

Even though my position has now officially switched from kid to parent, humor, including low brow and “crude” jokes, are still a part of that intergenerational bonding experience.  Still today, I can appreciate intelligent word play, but can also find the humor in inappropriate noises, slightly ribald suggestions, and bodily functions…or malfunctions as the case may be.

Still today, I can use this to get an over-the-top reaction.

My 13-year-old came home from school the other day with her newly-assigned advanced algebra calculator, complete with all those wonderful bells and whistles it comes with like the sine, cosine, tangent, and other buttons.

She handed it to me and I said, “Here’s a trick you can show your friends.” I quickly typed in “58008” and handed it back to her upside-down, so it displayed the word “BOOBS.”

“Mom,” she yelled shocked, before not being able to stop herself from laughing. “You are sooo immature.” 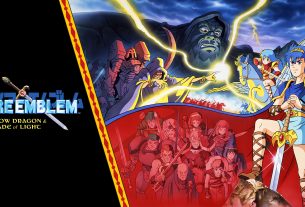