I’m a bit of a Disney fanatic. Always have been.

When I was about seven years old, my mom took my brother and me to see Bambi. This was the first Disney movie that I remember seeing. For the first time in my life, I sat in silence. I was amazed by the talking animals on the enormous screen before me. This was, as I remember it, my introduction to the Wonderful World of Disney. And I have been in awe ever since.

However, as I grew older, and a bit more feminist, I noticed hardly anyone in Disney’s movies had a mom who lived through or stuck around for the entire movie. The closer I looked, the more I realized nobody seemed to have a mom, and the modelesque heroines didn’t seem to have any goals outside of snagging a prince.

So, in my senior year of college I choose to examine the life cycle of women, as they are portrayed by Disney, for my thesis. In my mind, there are three categories of Disney woman.First up, our heroine.

From Snow White right up to Anna of Arendelle, these women are reduced to young, naive teens searching for a husband. And yes, I can hear you through my computer screen, Anna and Elsa’s story is less about finding a husband than about the relationship between sisters. For the most part, I agree, except Anna was ready to marry Hans at first glance. And yes, Mulan did not set off to find a man but to protect her father. And yet, by the end of the movie she’s fallen in love, and most certainly heading down the aisle soon. So there’s that.

Next up in the life cycle of a Disney woman, our villainess. A middle-aged woman is evil in a Disney movie. Period. End of story. They are vain and have only two main goals: getting between our heroine and her prince and gaining power (which also comes in the form of money). Their tools are overt sexuality and sorcery. There is never a question that they are evil.

The final destination for the women of Disney, our fairy godmother. As a Disney woman ages and reaches the postmenopausal stage of life, she becomes Disney’s version of the loving and helpful grandmother to our heroine.

I concluded, long before Brave and Frozen, that the Disney formula was a simple one. It begins with “once upon a time.” Girl meets boy. Boy saves a girl from the evil middle aged woman. They live happily ever after. No amount of singing about “A Whole New World” could change that.

For a while after I graduated from college, I didn’t give much thought to the women that lived in these worlds.  I gave it only a passing thought as I watched the princess culture take over the little girls in my life and turn their worlds bubble gum pink. For the most part, I just enjoyed each new movie and went on with my life.

And then I became a mother to an amazing little girl. I started paying attention again.

With my daughter, I have now re-watched many, but not all, of Disney’s animated films. I have watched new Disney princesses join the club. I’ve read the feminist responses to Frozen. And I watched Disney’s attempt to, very successfully, get princesses into kids’ lives earlier. (Hi Sofia the First!)

Early in my daughter’s life, I was more terrified than I care to admit that the princess culture would grab hold of her in all the wrong ways. I didn’t want her learning, or even worse, believing that a man (or anyone for that matter) would fight her battles for her and come to her rescue. I wanted her to know she could, and should, fight those battles and win. I wanted her to love more than just princesses. I wanted her to know she is more than a pretty face, and that looks won’t get you everywhere.

I got what I wanted; she loves superheroes, Star Wars, and so many other diverse things, but princesses and Disney movies are still very much a part of our lives.

As we make our way through Disney movies past and present together, I have learned some new things, courtesy of my daughter.

The first real princess my daughter and I watched together was the littlest one, Sofia. Now, Sofia received a lot of criticism before she even arrived on the scene, but I have to say, I kinda love her.

Sure, she sings and talks to animals (thanks to the Amulet of Avalor), and almost always seems to be in a floor length ball gown, but she also loves a good adventure and trying new things. She fights, and succeeds, to get on the flying derby team despite the fact that those around her, including classmates AND teachers, proclaim it’s “not a princess thing.”

Sofia firmly believes that “anything can be a princess thing.” Her mother and father not only agree but encourage her to pursue her interests, no matter what. Now that’s what I’m talking about! Everything about Sofia screams, “I am equal.” She is brave, a good friend, adventurous, smart, and caring.  She has so much to teach our girls and our boys.

Through Sofia, we met many princesses. Smartly, Disney has incorporated just about every princess in their royal arsenal into a Sofia storyline in some way.

In Sofia the First, a new generation has been introduced to the Disney Princesses. Everyone from Snow White to Merida, with the sole exception of Pocahontas, has appeared on Sofia the First, each one with a lesson for Sofia. (FYI, Elsa–who is a Queen!–and Anna are NOT considered one of the eleven official Disney Princesses. Perhaps they are in a category unto themselves?)

Among those lessons, Snow White taught Sofia to trust her instincts. Cinderella instructs Sofia on the importance of sisterhood. Belle sings of the importance of treating everyone, especially your friends, with respect. Mulan shows Sofia and her friends, in one of my and my daughter’s favorite songs, that they are “Stronger Than You Know”.

Then my daughter and I traveled to Arendelle to meet Elsa and Anna. For a while, very much like every other family on the planet, Elsa, Anna, Kristoff, and Olaf permeated every single waking moment of our lives.

I have now seen Frozen a hundred times, easily. I can recite it and, of course, sing right along. Elsa and Anna are the feminist royalty we have been waiting for since Snow White first sang that she knew someday her prince would come. (And yes…Merida needs to be discussed, but Anna and Elsa visited our house first.)

This is absolutely a love story, but of the love between two sisters. The men in this story are merely very pretty accessories. (Although, I have to say, if Daddy Dearest had just accepted Elsa for who she is, ice power and all, none of this would have ever happened!) For Anna, this journey is about fighting for the people you love. For Elsa, it is about learning to love yourself for exactly who you are and to accept the love of others. These are both wonderful lessons for our kids. And personally, I love my daughter’s exclamation of “good punch!” when Anna knocks Hans out at the end.

We met Belle, and learned that adventure can be found in the pages of a book and just because you are different and smart, doesn’t mean you are “strange.” Not to mention that being handsome doesn’t make you nice and being ugly doesn’t make you mean.

We met Rapunzel, who taught us to leave our comfort zones and try new things.

Most recently, we met Merida. And Merida speaks for herself! She took everything that we knew about a Disney princess and threw it out the window. She is her own princess and refuses to kowtow to the demands of anyone or anything, be it tradition or her own mother. She will fight for what she wants and for those she loves. There is no better-animated role model.

I have learned something along the way. If you take the time to look past the sparkly tiaras, there are actually positive lessons to be learned.

Granted these positive lessons are part of Disney’s rebranding of their princesses, but they aren’t such bad lessons to be learned. Be kind. Be brave. Be smart. Explore the world around you. Love your friends and family. Stand up for what you believe in and fight for it. Be exactly who you are, because who you are is perfect.

It has taken some time, but it seems as though Disney is finally evolving. Starting with Merida, and maybe even Mulan since she wasn’t looking for a husband even though she certainly found one, they are finally creating a new, stronger breed of princess that we were promised in the ’90s. They’re showing young girls, and boys, that it’s okay to be yourself. It’s okay to dream big, to try new and different things. That having a prince should not be the main goal in life. That there’s more to life than having a nice dress. They’re finally giving girls like my daughter a princess they can look up to.

At the same time, I’m able to look back at the older Disney movies and see them differently, perhaps even how I saw them originally: full of the magic only Disney can provide.

It seems that Disney’s thinking isn’t the only thing that’s evolved. While I still see all the things that bothered me when I wrote my thesis all those years ago, I realize that there’s more to it than that. The plight of the women in these movies makes a great starting point to teach my daughter to be a strong woman.

And that’s a good thing.

The World According to Spider-Man 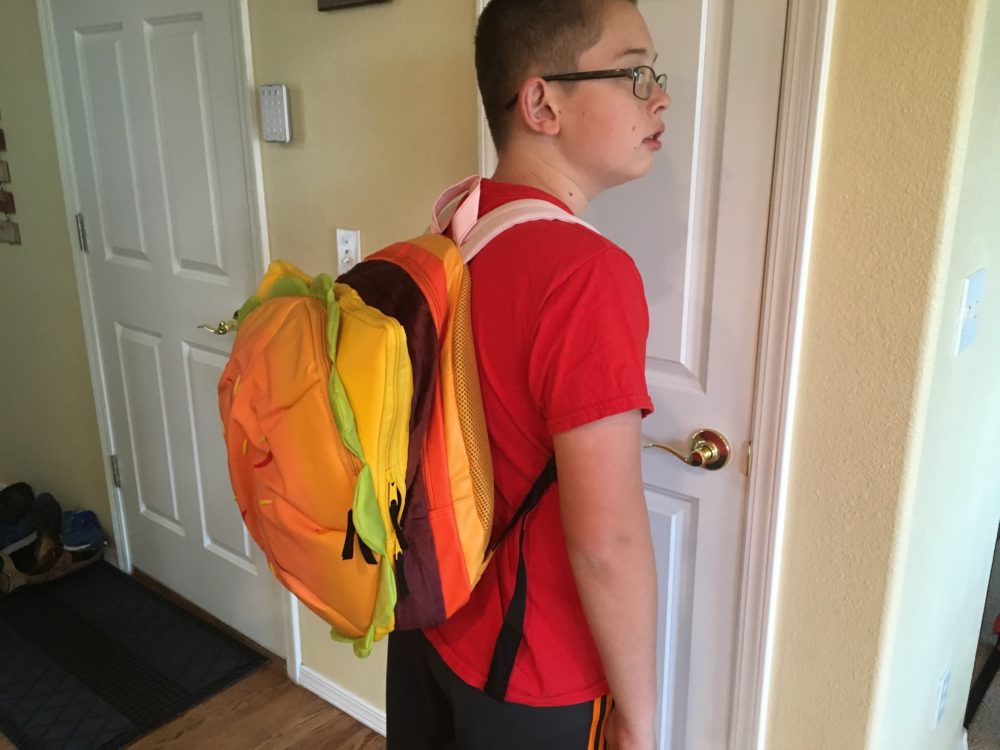 3 thoughts on “Are Disney Princesses a Problem? Not in Our House, Not Anymore.”