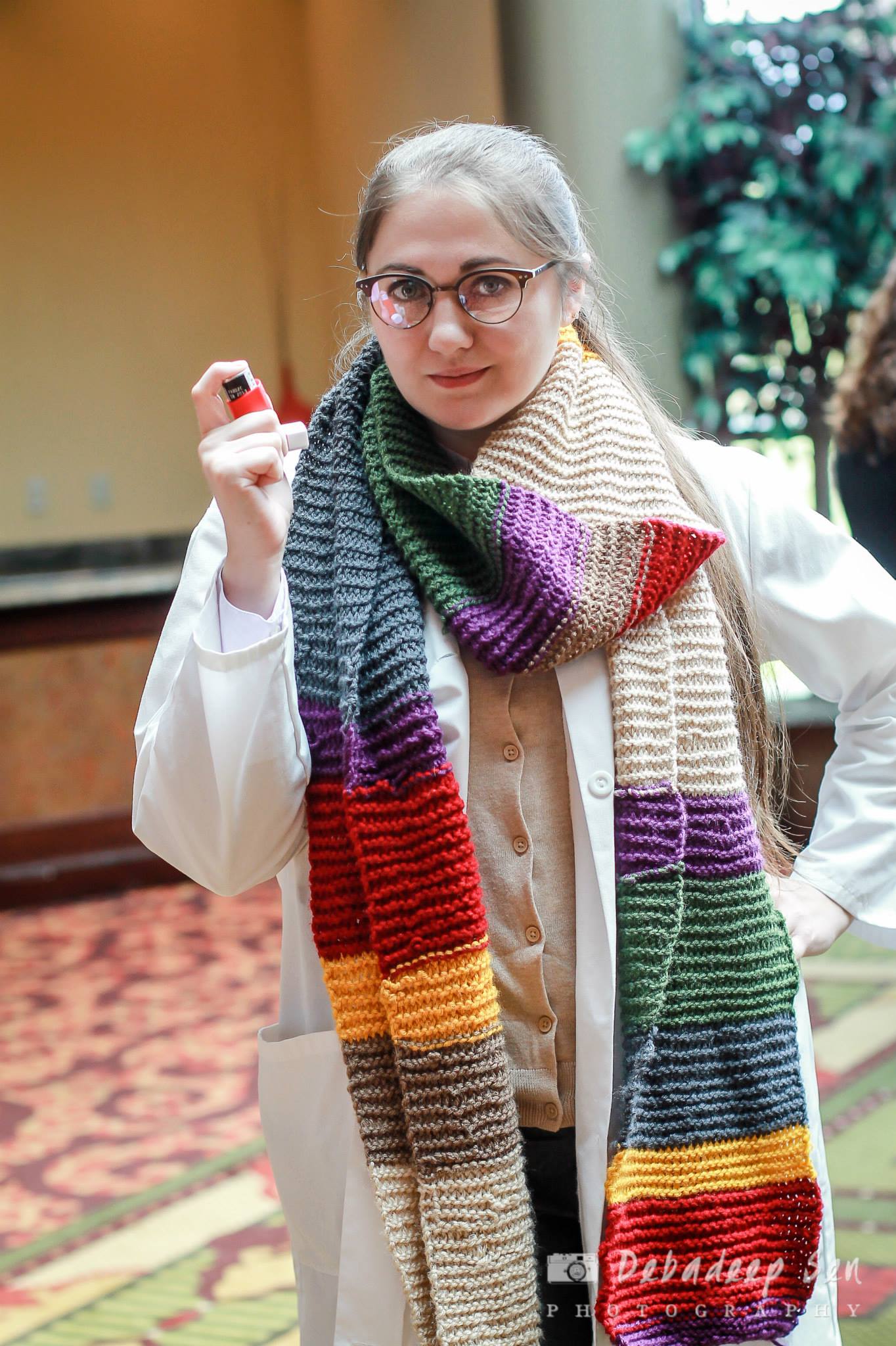 This past weekend, ConCarolinas returned to Charlotte, NC, for the 14th year. It’s a great con that I always enjoy, and this year was no different.

It was, however, quite different from last year’s event in two significant ways. Last year’s guest of honor was George R. R. Martin, which was amazing, but it gave the con a significant slant in attendance to Game of Thrones fans. This year was back to a broader audience with far fewer Khaleesi costumes.

The con also moved to an Embassy Suites with a convention center space in nearby Concord from its previous location at the University Hilton. Opinions from long-time con-goers varied on the change. Some felt the new space was a bit too large (and perhaps would have been more useful for last year’s roving bands of Khaleesis). Indeed, some panels that would have felt full in a more size-appropriate space seemed sparsely attended in the expansive rooms available in the new hotel. On the other hand, the layout on a square was quite convenient (keep walking; you’ll find what you’re looking for!). And with the amenities of an Embassy Suites (read: massive, cooked-to-order breakfast and evening drinks both included), not to mention the spacious hotel rooms for con-goers who like to pile in, I found it to be a great space for a con.

Despite a Kids Track, there didn’t seem to be particularly many children in attendance. (This apparently shortage may also be because I left my own children with their grandmother!) The schedule also featured several panels for parents that I attended, including “Getting Your Kids Into Gaming” and “Raising Scientifically Minded Children.” The latter spurred an interesting debate amongst some of the panelists over whether and to what extent we should be pushing all children into science.

Jim Craig, the panel moderator and Planetarium Director at The Schiele Museum of Natural History, commented that science doesn’t have the same cool and exciting portrayal in pop culture that it did in the 1950s and 1960s. He also noted that today, we tend to blame problems on scientists instead of politicians. After the other panelists suggested ways we can change this, such as through encouraging children with competitions and games, author James Maxey said, “The whole concept of how you make it cool is the wrong way to go. Coolness isn’t the problem—science doesn’t have a marketing problem.” He went on to say that a century ago and even more when so many great discoveries were being made, it wasn’t 50 percent of the population who understood science. It wasn’t even 5 percent. “We never needed a majority of people to understand a science in order for it to advance,” Maxey said. “So I don’t know that trying to get everybody engaged is the wisest route.”

Science guest of honor Catherine Asaro rebutted that we’re in a scientific time unmatched in history, where we all take technology for granted. She argued that to keep up with that pace, the population in general needs to be more scientifically aware. Craig replied that that’s why the smart people work to make the technology more idiot-proof, explaining that while he has a broad understanding of his phone, he doesn’t have any idea what makes the earphones work or what the science of the glass in the screen is. “I could devote years of studying to understand it, but would that enhance my life?” he asked.

“We don’t all need to be specialists,” Asaro said. “We just need the awareness that you just demonstrated.”

In far less serious hours of the con, there was a lot to take in. Doctor Who fans gathered with Fourth Doctor scarves, which they laid end-to-end in a Guinness World Record attempt. (No word yet on the outcome.) One of my favorite geek entertainers, Mikey Mason, gave several concerts. Nerd-Vana Burlesque made their ConCarolinas debut, although my favorite part of that show was not the burlesque, but emcee Rich Sigfrit’s readings of 50 Shades of Grey as characters like Ron Swanson and Pinky and the Brain. (You can see a few other of his “50 Shades of Wrong” characters on Nerd-Vana’s YouTube channel.)

If you find yourself looking for a great Southeast con to add to your schedule, you can register for 2016 now for only $30. Next year’s event will be held June 3-5, 2016. Check out the photo gallery below for some of the con’s highlights, including the great costumes.

Geeking Up My Hawaiian Vacation