Corita Kent (Sister Mary Corita) was best known for her colorful, bright serigraphs, a type of screen printing, in the 1960s and 1970s with words encouraging the need for peace, love, caring, and compassion, including many works which were politically charged.

Kent was born in Iowa in 1918, and entered the order of the Sisters of the Immaculate Heart of Mary in Los Angeles

in 1938. She lived and worked in the community for 30 years, eventually as head of the Art Department, and moved to Boston in 1968 when she left the Order. She lived in Boston until she passed away in 1986.

Kent was often considered in the same realm of influential pop artists like Andy Warhol, particularly for her silk screen work, and did use logos from advertising in some of her works. She would often use logos and symbols or mottoes of American consumerism alongside spiritual texts, and would manipulate the image by ripping or crumbling it before re-photographing it to create a new image for printing.

Two of Kent’s most famous works can be found on everyday items. The water tank in Boston is one of her most famous. There were even some who believed there was a hidden image of Vietnamese Leader Ho Chi Minh as a protest to the Vietnam War, although Kent denied any intentional meaning. The original tank, created in 1971, was demolished, but the image was recreated on a newer tank in the 1990s. Her other design is the simple design for the 1985 “Love” United States postage stamp. Both of these incorporated her “Rainbow Swash.”

No matter what her subject, her symbolism, source, or style, many art experts and art lovers will remember Kent for the optimism in her work. One word often seen in her work was “love,” a beautiful sentiment on both sacred and secular grounds.

She even kept a list of “Art Department Rules” from Immaculate Conception College, which put into play many of her rules for a positive, creative attitude and hard-working ethics. The full list can be seen the book by Kent and Jan Steward, Learning by Heart: Teachings To Free The Creative Spirit.

“Be happy whenever you can manage it,” Kent’s Rule Nine stressed. “Enjoy yourself. It’s lighter than you think.”

Even through Kent’s most famous works were serigraphs, the feel of brush strokes was often part of them, as was in her “rainbow swash” pieces. This project will take advantage of the look of free-spirited brush strokes and give young artists a fun break from crayons and markers.

Use acrylics or other opaque craft paint for look that better resembles the screen print process, but avoid watercolors or other softer, lighter media that won’t stand out as well for this style.

It is always easier to use pencils and markers, but running a brush along a page can be very therapeutic and makes you feel, as our youngest daughter says, “like a real artist.” This experience can be taken even further by squeezing out several paint colors on a paper plate, for a make-shift artist palate.

First, find a quote, letter, or word related to a favorite superhero or character, that is particularly inspiring. There should be a deep, deep well of these from which to choose.

Use a thick piece of drawing paper or canvas and draw a pattern, symbol, color scheme, or image that represents the source of the quote. If the quote will be written over the image or pattern, let it dry completely before painting on the words.

When you look at Kent’s work, she often let the words flow organically onto the page, and didn’t try to force them onto one tidy line. Don’t try to create a “meme;” paint a picture. If the word is too long for the canvas, continue it on the next line as if it were the most natural thing in the world. One of Kent’s works, “I Love You Very Much,” is a perfect example of this type of word flow.

Don’t necessarily go for the obvious images. Both my daughters decided to interpret the word “Hero” for Captain America with the same red, white, and blue color scheme using the same type of background. While my oldest drew the more familiar shield, she added an American flag. My five-year-old also chose a flag (without knowing her sister did, too), but created and entirely different piece.

Kent might have have liked this, as she listed in Rule Four: “Consider everything an experiment.” 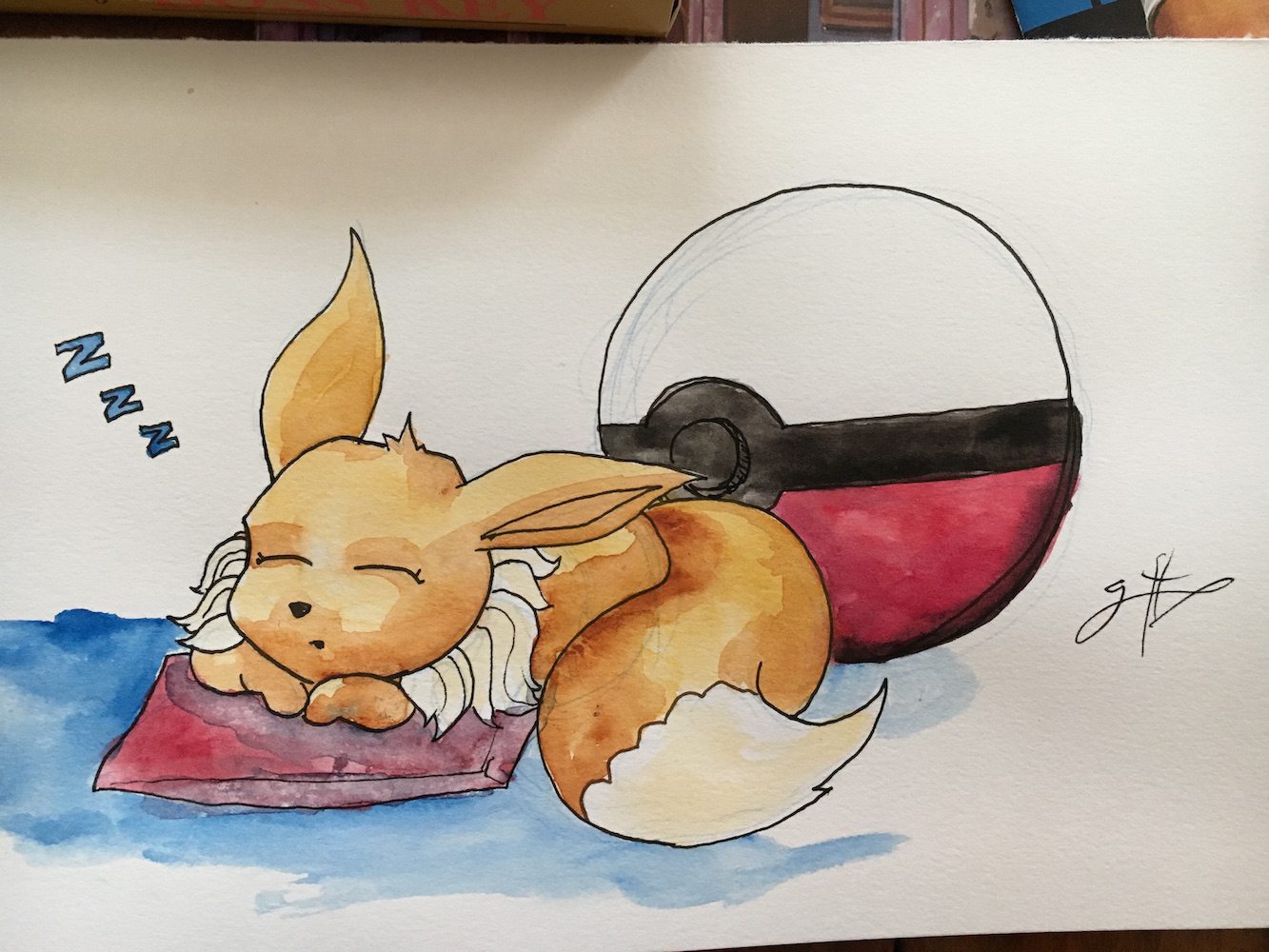