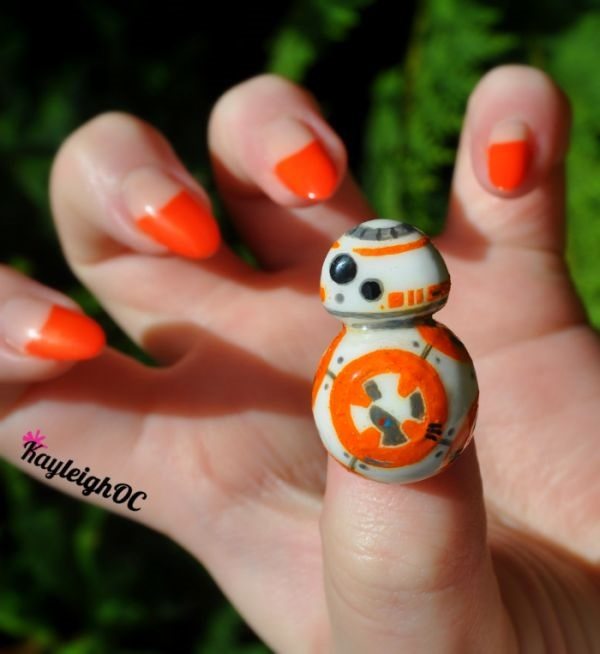 Roughly once every two weeks I get my nails done. It’s one of life’s simple pleasures and it forces me to sit down and relax and do nothing. It’s impossible to write or even use your phone when you’re getting a manicure and sometimes I need forced relaxation. None of my manicures have been as cool as this one featuring BB-8.

He’s the runaway star of Star Wars: The Force Awakens and he only had a few precious seconds on screen in the trailer. I imagine that R2-D2 is somewhere off in a corner pouting because the little orange droid with the rolling ball for a body has stolen his thunder.

Don’t get me wrong, I still love R2-D2, but BB-8 is too cute to ignore. I want to know how he works and I want to know what he’s up to in the movie. That’s why this is the best Star Wars-themed manicure ever.

It’s the work of Kayleigh O’Connor who has created all sorts of amazing nail art from Star Wars to Breaking Bad. This time, each of her nails is tipped with bright orange, but her thumb has been transformed into a perfect 3D version of BB-8.