In the last few months, my 5-year-old son is now being taught spelling at school. As a result, I have been on the lookout for anything that will help him. One of the solutions I settled on quickly was using iPad apps.

Since we began using the iPad for spelling practice, his spelling has improved greatly, but much more importantly, his eagerness and enthusiasm about practicing spelling has improved too. Rather than battling to get a single practice in each night, not to mention the constant battle to find a scrap of paper and a single working pen despite the fact I had 50 of the darned things overflowing from a drawer last week, now I find him practicing spelling without even being asked—or choosing to go back over a few previous tests after completing his current one.

I wanted to share two great spelling apps with other parents who are in the same boat.

Mystery Word Town
I was asked to take a look at Mystery Word Town prior to its release and installed it one evening. When I came down the next morning, my son was already working through the third building/level. The app—which was created by the team behind Drive About: Number Neighborhood and Alien Buddies—is intuitive enough that a 5-year-old was able to play it without any parental guidance and interesting enough that he has returned to it multiple times.

Mystery Word Town allows multiple profiles to be set up and each one can be set to a different skill level. There are three levels, each with a word list, which you can view at the selection screen. Players can design their own avatar by swiping through choices of eyes, mouths, and headgear, and using a slider to adjust skin tone. My son is currently playing as a green-skinned creature with a mohawk. The avatar screen wasn’t the most well-designed system I have come across. We often ended up switching the wrong thing because our fingers would be on the wrong item, especially when using items that reached across multiple areas of the face, such as long hair.

On beginning the game, a “really small cow” explains that the “Huevos Rancheros” have stolen the gold (whose gold I’m not entirely sure) and are hiding out in Word Town. After agreeing to help find it and catch the thieves, players are taken to Word Town, a typical Western town with a Sheriff’s Office, Milk Bar, Bank, and more. Initially, all the buildings are locked except the Sheriff’s Office, so it’s there we headed first. Players collect letters littering the scene by tapping them, storing them in a bar along the bottom of the screen. In order to progress through doors, these collected letters are used to fill in the blanks in a word. To enter the office, I had to fill in “fa_o_i_e” using the “t”, “v” and “r” I had found outside. Players will eventually pick up letters they do not need and have to figure out which ones they need by listening to the word being spoken out loud. Solving all the puzzles in the building captures the outlaw and adds their picture to the Town News board.

My biggest gripe with the app was how easy it was to bypass any real effort. I noticed after just a few days that my son was just tapping letters at random to see what fit the gaps rather than thinking about which letter he actually needed. If players select an incorrect letter twice, a pale letter appears in the gap of the word they are spelling as a clue to help them solve it. My son quickly figured out that the fastest way to progress was just to hit any letter twice, look at this clue, then choose it and move on. There didn’t appear to be any kind of penalty for progressing in this way. There is also no option to switch between American and British English spellings. This was a problem right from the very first word I encountered: “favorite,” which is spelled “favourite” in the UK. Although there are few words in the list that have different spellings, it still niggled me that my son was occasionally being taught an “incorrect” spelling.

All in all, Mystery Word Town is a fun little app that will encourage kids to think about spelling and probably introduce new words to them. However, if you are looking for something to really encourage active learning and with more of a focus on education then you need to look elsewhere.

Which leads me to…

Squeebles Spelling
When I browsed through the App Store, one of the key things I wanted most from an app was flexibility and the ability to customize my son’s learning. Squeebles Spelling offers that in abundance. The app allows you to create unlimited personalized spelling tests, so you can easily create replicas of weekly school tests or work from set word lists. It is flexible enough that it could even be used by adult learners who need to learn long, complex words; assuming they are prepared to have a cartoon snake hiss at them when they spell Pseudopseudohypoparathyroidism incorrectly.

The app allows for multiple player profiles, which can each be customized. Parents can set the amount of time a word appears on screen before the child is asked to spell it from “an also choose which tests are associated with each player profile so ys long as they want” down through five seconds, two seconds, and finally, “not at all.” They caour high school senior’s tests won’t appear for your 5-year-old and vice versa. The parents area can be locked with a pin code to stop children adjusting setting themselves.

New tests are easy to set up. You simply give the test a name, then begin entering words, making doubly sure you spell it correctly—you can also choose whether or not capitalization is a factor in the answer being deemed correct or incorrect. Once the word has been entered, you record yourself saying it into your device’s microphone. (I recommend taking the device out of its case to help make a clear recording.) Then, listen back to check it. If you hate the sound of your own voice as much as I do then this step is a little cringe-worthy, but it’s over quickly. Once you have finished setting up the test, choose which players it will appear for and you’re done. Each test can be taken by itself or there are options for random tests (10 words from all the player’s current tests) and “tricky” tests made up entirely of words players have gotten wrong. Once the word has been spelled correctly three times in a row, it is removed from the “tricky” list.

When children take the tests, they are awarded stars for correctly spelling words and bonus points for completing entire tests without mistakes. These points can be spent on squeeberangs. A squeeberang is a game in which cute cartoon creatures called squeebles ride on squeeberangs (brightly colored boomerang shaped objects) and attempt to fly as far as possible. Players can trade in their stars to purchase improved squeeberangs in an attempt to fly greater distances. There are a total of 115 different squeeberangs to unlock and with some costing 1,500 stars, it will take players a lot of spelling to collect them all. The different squeebles themselves are unlocked “by spelling a certain number of words right overall” and players can also unlock power-ups by spelling words correctly in a row. Finally, the number of throws players have is also dictated by getting words correct. It takes two correct spellings to earn a throw, meaning that players need to regularly practice to earn throws in the game.

The one flaw in the app revolves around the ability to set how long a word is seen on screen before it disappears and the child attempts to spell it. This feature is customizable per child, but not per test. When I set up a brand new test, I allowed my son to see the words beforehand for five seconds. Once he’s confident at that level, I reduced the time to two seconds, then to not at all over the course of a few days. However, because this reaches across every test, it means that on the day I set a new test with a five-second viewing time, every other previous test also allows that five-second viewing time, even though he is now fully confident there and doesn’t need the reminders. Other than this minor issue, I couldn’t ask for anything better from a spelling app.

Mystery Word Town is available for $2.99/£2.29 via the App Store and Google Play. GeekMom received this item for review purposes.

Squeebles Spelling is available on its own for $3.99/£2.99 or as part of the Squeebles Bundle ($13.99/£10.49), which includes seven apps covering fractions, multiplication tables, division, and more. It is available in the App Store, Google Play, and Amazon for the Kindle Fire. 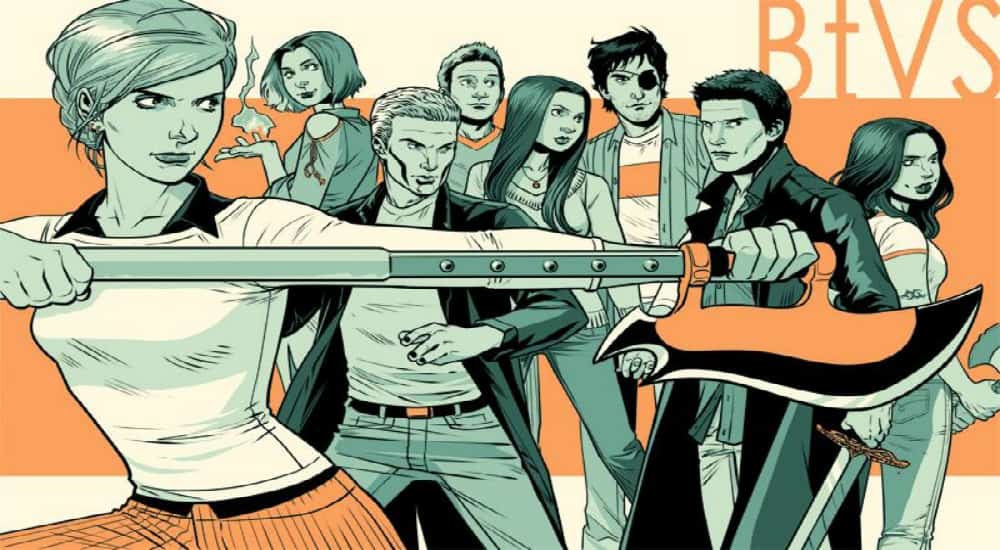 Buffy’s Legacy Does Not Belong to Joss Whedon