Our family has been glued to the new television series called The Last Man on Earth. Because we are generally Will Forte fans, we knew we’d probably like it. But this mom has fallen in love with it, for the simple fact that it’s provoked some pretty deep and thoughtful conversations in our household. That’s saying a lot when the main “children” who live in our house are teen males who don’t generally like having deep discussions about any topic.

I’ll give you fair warning here, this post will be filled with spoilers, since that’s the only way to explain our family discussions. That being said, this is a show you can still thoroughly enjoy, even if you know what’s going to happen next. I’ll also tell you up front that you might want to watch it before your kids, since the subject matter gets a bit “adult” (but by no means more than PG), as it has to, when discussing things like whether the Earth should be repopulated, even if you are not attracted to the only other person available.

In the pilot episode we meet a heavily bearded man (Phil) driving a large RV around the country. At each state’s welcome sign he gets out and spray paints the words “Alive in Tucson” (alerting any other survivors of his whereabouts). From subtitles we learn that less than two years earlier the entire population of the world had been wiped out by a virus. Not a nuclear explosion, which is the premise of most of the other end of world movies and shows.

This is an important detail. When the world that remains is spoiled by radiation, a character’s options change a lot. Food is contaminated. The earth is spoiled. You get the idea. But in this show’s premise, the Earth and all of the “things” on it are just fine. There just aren’t any people (or animals, it seems). Oh, except for our main character.

Discovering he may be the last person on the planet (or at least the places he has access to) he spends a year driving around, trying to see if anyone else is left, then has to decide how he’ll settle down and live the rest of his days.

Here is where the juicy conversations start, especially when it comes to talking to your kids, and stretching their creative minds. What if you were that person? You have access to everything around you. There are no police, no rules, no locked doors you can’t break down. Where would you start? Here are a few questions we’ve tackled:

1. Would you bother driving around to see if other survivors existed? If so, what vehicle would you pick? A practical RV with plush amenities or a fun sports car that you could drive at any speed you wanted?

2. Would you model Phil’s actions, and collect interesting pieces of history from every museum you passed (like Michael Jordan’s jersey, a few Oscar trophies, and a variety of Monet paintings)?

3. Where would you choose to settle down? A warm state, that has mild winters, or a more mountainous state, with mild summers? What about seaside, where you could have recreational opportunities in the ocean?

4. Would you try to keep a signal fire going? Would it be worth trying to signal to others who might happen by? We all agreed that the main character’s effort to mark each state’s welcome sign was pretty brilliant.

5. What “toys” would you gather? Remember, you have access to every kind of store, as well as every person’s home, filled with all of their toys. Would ATVs be your priority, or a cool bow and arrow? What would be on your list (each of my sons had a different answer).

6. One of my sons said he’d worry first about safety, which had not occurred to me. He said he’d assume that anyone who might come along might not be friendly so he’d build a sort of bunker, in the house he picked to live in. He’d collect a stash of guns and ammunition, just in case. I think I want this kid on my team if it all falls apart in my lifetime.

7. You have access to all the food in the grocery stores, and other houses–what would you stock up on? Remember, you have many years ahead of you, and no medical doctors to visit if you get sick. (No dentists either…). A good creativity assignment was making them list all the foods that would be options and all the foods that wouldn’t make the list, mainly because of the fact they are perishable. Would you eat a healthy diet, balancing each meal with nutrients? Would you bother to grow fresh foods? It might take a lot of work to rig up a garden, but it also might be something constructive and mentally positive to do with the unlimited amount of time on your hands. Side bonus–the results would keep you healthier.

8. Speaking of mental health, would you keep a schedule? Would you make yourself have a routine, just for some order in your world, or would you be okay just taking every day and every hour as it comes? When driving around your community, would you stop at stop signs and park in parking spaces? We end up meeting a second character by the time the pilot episode is over, and the two have very different ideas on how laws should be observed if no one else lives in town (their argument over parking in a handicapped space is one of my favorite scenes).

9. In general, how would you spend your time? The show is pretty creative, showing Phil in many “entertaining himself” scenes, including an elaborate bowling montage, on the parking lot of the bowling alley, starting with bowling pins and graduating up to pyramids of fish tanks, full of water. There are also activities involving blow torches, which appealed to my boys. Phil’s out of the box thinking, on how to fill his days, was a good jumping off point for our family discussions.

10. This one is not fun to talk about, but very practical. How would you handle your human waste? Phil tries the old trick of pouring water in the bowl every time he wants to flush but soon tires of the effort and eventually cuts a hole in the end of the diving board of the pool in the backyard and creates a sewer pool. He does his business by sitting on the end of the diving board. As a mom who likes things to be a bit cleaner than that, I’d think in the long term that wouldn’t be the best option. The gorgeous views of the mansion he chose to live in would soon be tainted by the smell of a year’s worth of feces.

11. One of my favorite lines comes as Phil is taking the second character on a tour of his home, and they end up at his margarita pool. This is a small wading pool Phil has filled with several different kinds of alcohol, and on some of his more mentally challenging days, he’s spent part of the day soaking in it, in more ways than one. She asks what he does with his margarita pool. His reply: “There’s really no wrong way to use a margarita pool.” Great advice, even if the world hasn’t lost all its inhabitants.

12. Once we meet the second character (conveniently, a girl!), a whole new list of questions crop up. Who would be the perfect person, if there would only be two of you? A person of the opposite sex or a dude you could hang out with? You’d think the obvious answer would be someone you were attracted to, but for practicality purposes, sometimes having a friend to hang out with might be a more comfortable long term solution. We soon see with Phil’s situation, that as wonderful as it was to find out the other survivor was a girl, by the end of day one, he’s ready for some time alone.

13. Which also leads to, what would you do about repopulating the Earth? My boys are all old enough to have these more adult conversations and it was good to hear their views. If it ends up that you two are truly the only two people left on the planet, is it wise to have children? After all, pregnancy, childbirth and the newborn weeks would challenge a woman’s health and set her up for potential life threatening problems, with no medical help available. Then there’s the awkward fact that even if you have a boy baby and a girl baby, they really can’t keep the population going, for obvious reasons. BUT, if you choose not to have children, and a decade later you do find other survivors, will you regret not supplying options for more appropriate repopulation? Tough ethical questions for teens, for sure.

14. More importantly to short-sighted hormone filled teen boys, what if you are not attracted to the only other person left on the planet? Could you get past it, to have a long term intimate relationship, or would you insist it all stay platonic? Tough questions for even this 40-something mom.

15. The season is still pretty new and there are strong hints that other characters are on their way. Which opens up a whole new slew of questions to ponder. What is the ideal third person who could join the group? Another woman of childbearing age, or another man? A young person, who had health and longevity on his side? An older person with a lot of life history to draw on, including survivalist or military training? There are so many scenarios to ponder.

16. In our family we’ve decided that it would be fascinating to have this show start over in every new season. Begin Season 2 with the same guy, Phil, but have the second person who shows up be a very different option than the woman who showed up this season. Then add characters, one by one, who are extremely different from the characters introduced in season one. This would open up endless story lines.

Every time we watch a new episode, new discussion questions surface. I actually look forward to long car trips (like taking my son back to his college campus on Sunday afternoons) because we have so many discussion topics available. I’ve learned a lot about how my children think by posing these end of the world questions to them.

I highly recommend watching the first episode of this show, especially if you have older children in your household. I suspect your dinner table discussions might be very animated in the days afterward. Feel free to share your own discussion questions in the comments section. I’m always open to new ways to challenge my children’s thinking. 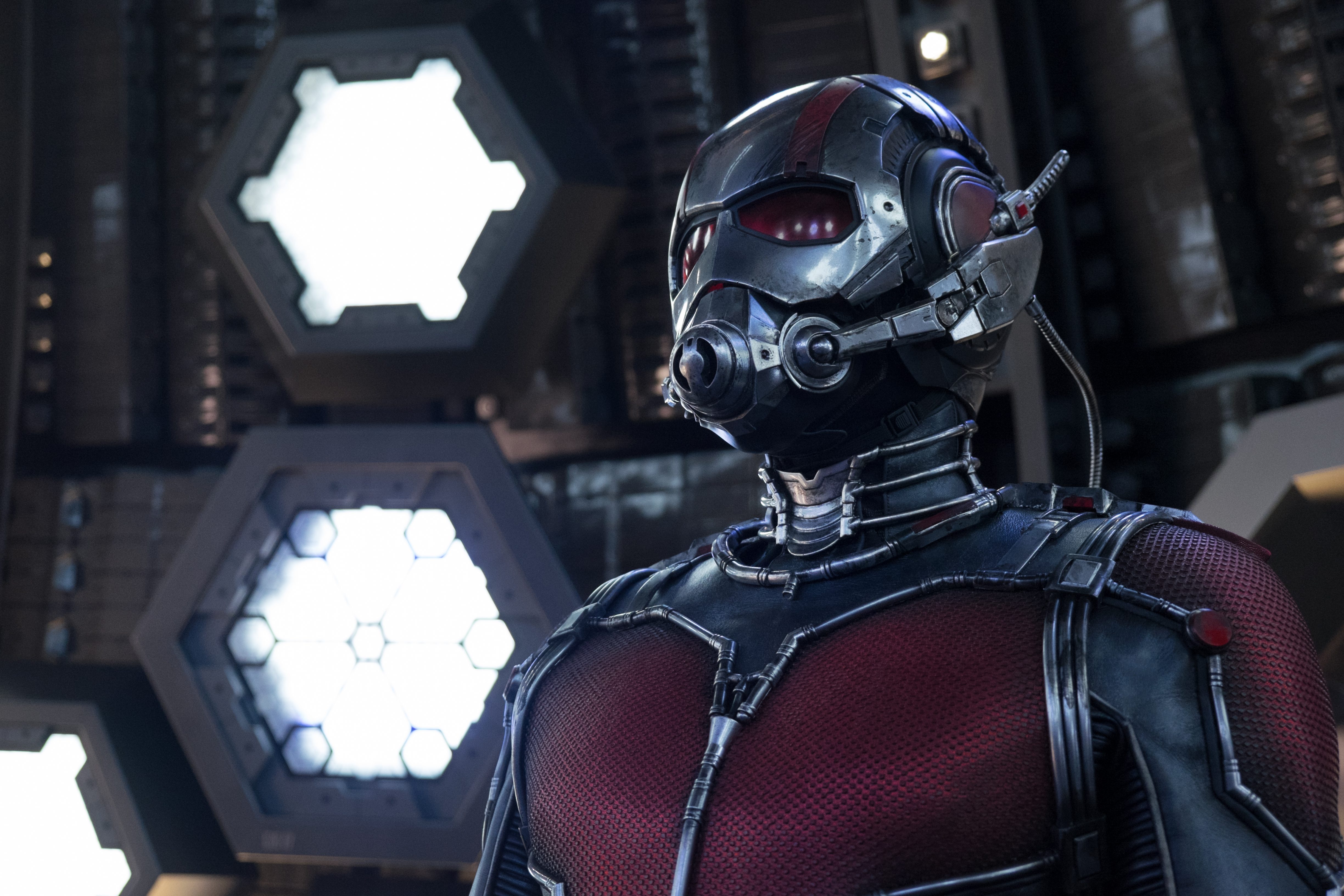