You waited outside the hall for hours, made a mad rush to a seat to situate yourself by the microphone, and now your palms are sweating as you wait for the moderator to open the panel up for questions—all for the chance to speak directly to one of your favorite celebrities. But when you finally get to the mic, you’re about to use up precious minutes of the panel’s allotted time to ask a question.

Make it a good one.

If you don’t want whatever comes out of your mouth to make the audience groan, cause the celebrity to give you a sad and sympathetic smile, or find yourself booed out of the hall, use that time standing in line at the mic to remember to avoid these questions.

There are usually hundreds (if not thousands) of other people in the audience at celebrity panels at conventions. They’re there to hear from their favorite actor, not give you the chance to circumvent the autograph line and waste the time of everyone else at the panel. Consider the other panel attendees and ask a question that benefits everyone.

At Emerald City Comicon 2015, a fan found himself being admonished by Marina Sirtis after asking what it was like to work with Patrick Stewart. “Don’t ask me what it was like to work with anyone,” she scolded. “That’s an unimaginative question.” In the age of the Internet, she continued, any answer will immediately be made public, so she’s limited to saying nice things lest it get back to the other actor.

No. Asking if the actor is single is also a no-no. This is so obvious that it shouldn’t even be in this list, but I’ve been a spectator at more than one panel where this has happened. It never goes well.

Related: Asking the actor to flex his biceps for you. They don’t want to seem like a bad sport, so they will likely do it for you, but 99% of the people in the room are now embarrassed (including the celebrity) and/or feeling like they need to go to the gym more often.

They haven’t. While some celebrities might be genuinely entertained by the various adventures your character and their character have had in your imagination, save your story for the autograph line. You might even have a better chance of starting a longer, more personal dialogue about it.

You probably know way more about their show or movie than they do, especially as time marches on and it’s been 18 years since that episode was filmed. Also, always remember that you’re talking to the actor, not the character. Frame the question from an acting point of view and you might get a much better answer.

As in, you take this opportunity to relate your own personal anecdote as a fan of the particular person’s work and don’t follow it up with an actual question. Everyone in the audience also has memories of a beloved show or character—that’s why they waited in line with you just to be within 50 feet of this person. Again, try it in the autograph line to get eye contact and an actual discussion about how much he or she was a part of your childhood.

8. [The same question already asked three times in the panel.]

Again, I get it. You’ve been standing at that line and all you can concentrate on is not throwing up before you make it to the mic. But if you ask a question that has already been answered (even in part), you may hear a few groans as a result.

9. “What’s going to happen next season/in the sequel?”

The actors don’t write the scripts, so they usually know even less than you do about what’s down the road for their character. And if they do know, they’re not allowed to tell you anyway. You might get away with changing it to, “What would you like to happen next season?” but you probably won’t be satisfied with the answer.

So now you’re probably even more nervous about standing in line the next time you go to a panel at your favorite convention. Here are just a few suggestions to keep in mind to get applause instead of facepalms:

Target Celebrates The 12 Days Of Christmas With Geeky Socks

Voting is for the Girls! 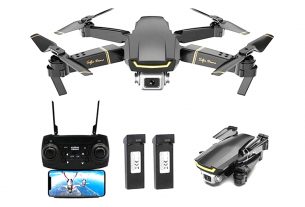