What’s actually happened?
Rumors have been flying regarding a return for The X-Files for several months now. Here’s what’s official. Today Variety announced that a six episode “event series” has been greenlit by FOX with production set to begin this summer.

This is a revival of the show and not a reboot, meaning stars Gillian Anderson and David Duchovny are set to return, as is series creator Chris Carter.

Why bring it back?
It’s been 13 years since the show went off air with a feature film (I Want to Believe) released in 2008, so why bring it back now?

The original TV run left a lot of questions unanswered, specifically regarding the show’s overall alien invasion mytharc. The 2008 film was a standalone story that didn’t serve to answer those questions and fans have been clamouring ever since for a third film or return from the show to finally tie up all the loose ends.

I haven’t watched The X-Files in years. What do I need to watch to get ready?
The show is currently on both Netflix, Hulu and Amazon Prime (for those in the US), but with 202 episodes and two films to get through, that’s a big ask even without knowing when the show is returning to screens. For those looking to catch up reasonably quickly it’s best to stick to the mythology episodes.

My recommendation would be:

It’s still a huge list but it’s more manageable than all 200 plus!

Isn’t there a comic series?
Season 10 is an ongoing comic book series written by Joe Harris set several years after the events of the second movie, which places it in 2014/5. We’re not sure yet how the comic book stories will tie in with the new TV episodes or how canon those events will be, but with Chris Carter as Executive Producer on both the TV revival and the comics we’re sure all will be revealed.

IDW currently has the comics books on sale if you want to catch up.

We know Mulder and Scully are back, what about everyone else?
(SPOILERS) When the show ended in 2002 several major characters had been killed off, including the Cigarette Smoking Man and The Lone Gunmen. The Season 10 comics have revived the Gunmen completely while the status of the Smoking Man, Krycek, and several other shadowy characters in up for debate.

Rumor has it that Mitch Pileggi has been approached about reprising his role as Walter Skinner, and the Season 10 comics have included agents Doggett and Reyes, so there’s a chance both will return, assuming of course that shooting can be arranged around Robert Patrick and Annabeth Gish’s busy schedules.

Where can I find out more?
To keep up with the latest keep an eye on the new official website from Fox and on X-Files News.com. 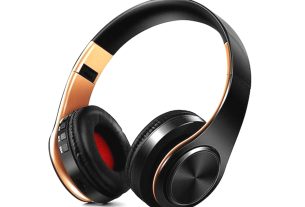 1 thought on “‘The X-Files’ is Coming Back: Here’s What You Need to Know”