Center Stage turns 15 this year, and every time it’s on TV I still have to watch it. And every time I watch it, I post about it on Facebook and am inundated with messages from girlfriends who are also obsessed with this movie.

I have no idea why the phenomenon of Center Stage has such a hold on so many of us. It’s not a particularly good movie—the acting is mostly cringe-worthy, and it’s a cliched story (but with dancers!). And yet somehow it is just…the best.

For the uninitiated (are there any left who are?), Center Stage stars a then-unknown Zoe Saldana, the voice of Rapunzel’s mom from Tangled as a tough-but-fair teacher, a bunch of dancers who are amazing dancers but not very great actors, and Peter Gallagher as the eyebrow—er, director—who rules them all.

It is the story of a young hopeful dancer who is accepted into the American Ballet Academy of the American Ballet Company in New York City. It’s like ballet college, so young Jody (Amanda Schull) is basically living out a freshman year existence in a dorm with other dancers. She and her classmates have a year to prove to the teachers and to the director of the company that they can make it as professional dancers.

The year culminates in a giant dancing showcase with representatives from every major dance company anywhere ever looking for new talent. (Do they all do these student showcases? Does every dance company also have an academy? I have no idea!)

So we spend a year following these students chasing their pointed-toe dreams. Jody’s the main event, and we watch her torn between two love interests. There’s earnest class crush Charlie, who seems like he would just like to hold hands and be utterly respectful until they’re 30, and then there’s company principal and bad-boy womanizer Cooper who takes her to bed the first night they hang out after an off-campus dance class. Guess whom she lusts after for most of the movie before finding herself?

It’s also kind of like The Wizard of Oz but with dancers. Jody is all heart and hard work, but her footwork is just the pits. She cannot use her hips to turn them out any farther. Eva Rodriguez (Zoe Saldana) has flawless technique, and she’ll work hard when she needs to, but her sassy attitude towards everyone in authority is pretty terrible.

And Maureen (Susan May Pratt) has been there forever, pushed by her stage mom into a dancing destiny (I don’t remember why some of the students are new this year and others seem to have been born at ABA). She is all perfect technique and hard work, but secretly she hates dancing and how it’s kept her from a normal teenage life. Maureen is the mean girl of this group.

Except that she isn’t. This is, I think, part of the appeal of this pretty gentle movie. In reality, there is very little girl-on-girl crime in this movie, and from an era that brought us Mean Girls and every late-90s teen comedy with a nasty villainess, that’s pretty awesome. Eva risks her own already-bad relationship with teachers to stick up for Jody, and she is constantly encouraging. Jody is nice to everyone, even Maureen.

Maureen’s criticisms of her competition are largely correct, if harsh, and she readily admits when their dancing is great. She makes jabs with her mom about poor Emily, who gained weight over the summer and has a doomed future in dance. But, it doesn’t take long to reveal that she’s actually miserable and just trying to satisfy the mother of all mothers. And once she starts to relax and live a little, and show some of the struggle she’s had to stay perfect, she becomes pretty human.

And some of that is thanks to poor overweight Emily and her mom. Emily, who is actually adorable and in no way fat, and her glorious mom (Marcia Jean Kurtz, of many a Law & Order episode) who sweeps her up when the school expels her for gaining weight and essentially says that this is some bullshit, helps Maureen see that this isn’t what she wants. Even my college self in 2000 appreciated a mom in this movie who was present and stepped in when her kid needed her. Rare in teen movies.

Yes, this movie kind of floats over the issues of weight maintenance in the dance world, but it at least talks about them. Listen, I don’t watch Center Stage for a scathing indictment of fat-shaming in dance culture. Emily, my year-2000 self would have happily spent all night walking around Manhattan with you eating those fruit tarts Eion Bailey was serving. They looked divine.

It also deals with YA issues like sex, breakups, parental pressure, drinking, and fear of the future. But it’s lighthearted about it. This is not an angst-filled movie, but it’s also not chaste. They just have sex, it’s part of life and no big deal. They go out and have a good time like perfectly normal teenagers. There’s no judgment and no moral lesson here, just teens figuring stuff out. You have to live to create art, and all that.

Then there’s the dancing. The final dance is the reason that at least two generations of women know all about Jamiroquai’s “Canned Heat,” and we can probably do a few of the moves. The ending is pretty solidly girl power. Even Jody’s final dance (choreographed by bad-boy Cooper) is about giving up on the boys and concentrating on yourself.

Maureen walks away from dancing, Eva learns not to be so combative and becomes a star, and Jody finds her own niche. She has a lot of somewhat painful speeches for everyone in the final scenes as her dance future is decided after the performance of a lifetime (and several magic costume changes), but I still love her and her beautiful dancing soul with terrible feet.

Mother’s Day: A Celebration of Every Identity 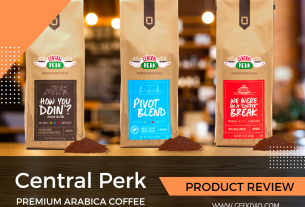 2 thoughts on “Why Do We All Love ‘Center Stage’ So Much?”