If your little adventurer isn’t squeezing in enough about space and science on a daily basis, you may want to start setting the DVR for Miles from Tomorrowland. Disney Junior’s latest is a GeekMom dream, featuring NASA-backed facts, intergalactic family adventures, and celebrity geek icons such as Mark Hamill, Bill Nye, George Takei, Wil Wheaton, Alton Brown, and more.

Miles from Tomorrowland focuses on kid Miles (voiced by Mr. Peabody & Sherman‘s Cullen McCarthy), as he goes on intergalactic missions to connect the galaxy on behalf of the Tomorrowland Transit Authority. His crew consists of his family: Mom Phoebe (Olivia Munn) is the ship’s captain, dad Leo (Tom Kenny) is the mechanical engineer, and Loretta (Fiona Bishop) is the tech-savvy big sister. Of course, it wouldn’t be a family show without a family pet. Yeah, that’s Merc (Dee Bradley Baker), the family’s robo-ostrich!

There are also tons of recurring guest voices, which is where Hamill, Nye, Takei, Wheaton, and Brown come in. Other guest voices to listen out for include Adrian Grenier and Brenda Song.

Besides family fun, you can expect plenty of aliens, super-cool vehicles, and high-tech gadgets. The show also incorporates space and science facts into every storyline, all of which are run by consultants from NASA and NASA’s Jet Propulsion Laboratory (JPL), the Space Tourism Society, and Google. According to Disney Junior, various members from that team has cited Star Trek, Star Wars, and even The Jetsons as influences when it came to making their career choices. They’re hoping that Miles will do the same for this generation.

Are you ready for this spacey adventure? You can take a little sneak peek at the show in the video below and download activities and other tidbits on the show’s website. Otherwise, Miles from Tomorrowland is blasting off with four back-to-back episodes on Friday, February 6, 2015, at 9:00 a.m. (ET/PT) on the Disney Channel. A companion app titled Miles from Tomorrowland: Missions is expected to launch for iOS and Android devices in conjunction with the show’s premiere.

How I Did A Deal With The Nightmare 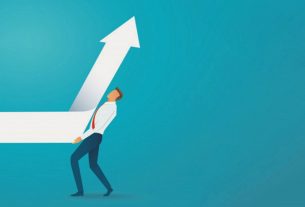