It’s time to turn those mid-winter blues into some warm fuzzy feelings, as well as get a head start on simple gifts for Valentine’s Day and springtime events.

There are surprisingly many kinds of little cute and cuddly creatures hidden among the adventure worlds of comics, video games, science fiction, and fantasy. Here are just five examples of little puffy pals that can be brought to life to brighten someone’s day, and heart:

Each of these crafts might need and extra material or two, but we’ll cover those in the individual projects.

Who doesn’t want a little jar of these little furry fast reproducing and ravenous critters from the original Star Trek series? Well, probably anyone wishing to keep the air ducts clean and their sanity intact.

This is a rare one-step craft. Fill a small plastic jar with small pom poms in various shades of brown and grey. That’s it.

However, you don’t want to forget to include the rules for care. You can write your own rules, or use this little ready-made printable template. Roll this list up in a scroll and attach it to the list with a ribbon or string. No one will be lonely for long, if they have tribbles in the house.

For a good “discount version” of this craft, substitute small plastic lunch bags (flap top, not zip-top) or plastic wrap squares for jars. They can be secured in the same way, with a ribbon and note.

What little round video game-inspired birds lend themselves better to pom pom crafts than the Angry Birds gang? You’ll need only googly craft eyes and some felt or craft foam sheets to make these. For this craft, I’ll focus on familiar rivals Red and King Pig.

For Red, cut three small strips of black felt or foam for the tail feathers, and two for his eyebrows. Cut two yellow or orange triangle pieces for the beak, and a little white circle for his belly. Attach to a red pom pom (as pictured) with craft glue, and add his eyes.

For King Pig: Cut two small and one larger circle with green felt, for the ears and nose respectively. Use a felt tip marker to draw the nostrils and ear holes. Cut a simple crown with yellow felt, and add its “jewels” with blue felt tip or three blue seed beads. Attach to a green pom pom, and add his googly eyes on either side of the nose.

You can use a similar method to make the other characters, including The Blues, the blue jays, or Stella, the pink bird.

Attach with glue gun to a simple, plain hair clip.

These don’t have to be used just for hair. They can clip on a shirt or jacket collar just as easily, or clipped to the edge of a note card with a paper clip.

Pixar’s Brave had so many wonderful, magical elements, include little blue will-o-the-wisps who helped light the way for Princess Merida on more than one occasion. They didn’t always lead to a positive end, but they looked beautifully peaceful, either way.

To make a little wisp, glue three turquoise blue pom poms around inexpensive flame-less tea light, as well as one on top. Don’t make these too close together, as you want a little light to show through. You can also color the “flame” blue with a felt tip marker, so it doesn’t show up as well when not lit (is will still glow orange when lit).

Surround the light’s base with green felt or craft foam, and clip the top to look like grass. Add felt, feathers or blue craft fur to crate little head top-notches and arms, and black beads or rhinestones for the eyes.

The “really cute” and “fairly cuddle” little pets (according to the Weasley twins) are from the Harry Potter books and movies. They were bred specially by George and Fred Weasley for their shop, Weasleys’ Wizard Wheezes. They roll around and squeak, and Potter character Luna Lovegood said they have “been known to sing on Boxing Day.” Ginny Weasley had a purple Pygmy Puff, but feel free to explore different colored varieties.

For these little pencil toppers, cut out a small felt circle in the same color of the pom pom you want, and clip a small slit on its radius (from center to edge). Shape into a cone and glue to the pom pom. Cut and glue to smaller oval pieces to use for ears, and glue small black rhinestones or beads to the cone.

Once finished, glue these onto the eraser end of a new pencil. These can be fun Valentine’s Day handouts or party favors.

For an extra edge, tie a little label advertising the Weasley twins’ business. There are tons of ideas for these on Harry Potter and fan art sites, or design your own hand-drawn version.

These little gothy balls of monster fluff from the all-ages Action Lab comic Vamplets are the little animals needed to help Vamplet babies fall asleep with their bites. They were discovered and domesticated by Mr. Doomfluff, founder of the Undead Pet Society, and became all the rage in Gloomvania.

They are also very easy to make.

Glue colored googly eyes to one pom pom, or glue together two pom poms of different colors. Cut four little rectangle “feet” for these creatures and attach a little bow to their head. These work best if you make several of them and pile them together in little herd.

The Vamplets book uses shades of purples, blues, and pinks in its art, so those are good colors to stick with.

Set these colorful little critters around desktops and shelves as little watchful pets. Secure them to their perch with a small piece of double-sided adhesive squares, or just carry them around, so they can perch from room to room.

I wouldn’t let them hang out too near the tribbles, though. That could spell certain disaster. 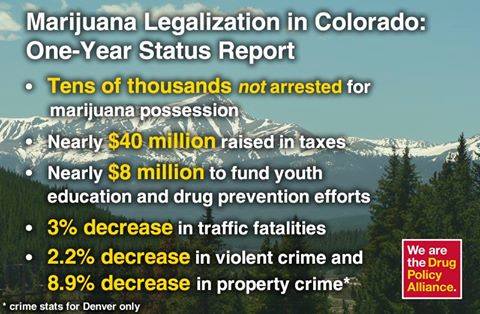 Raising Kids With Weed – Living the High Life in Colorado