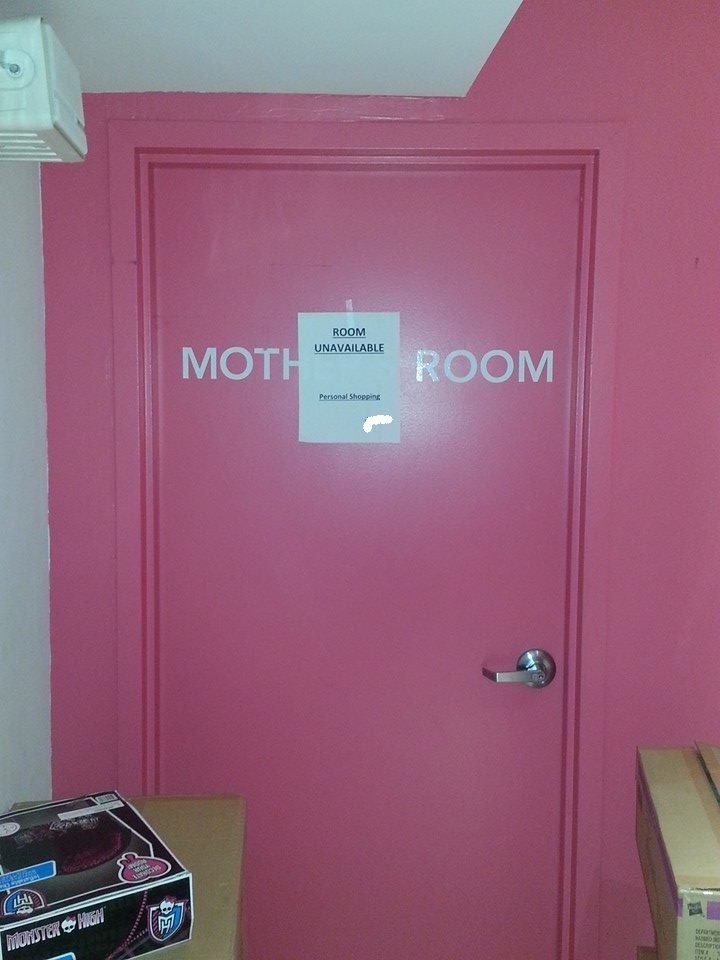 When I was struggling to breastfeed my first baby, I found simple pleasures wherever I could. Discovering the football hold, getting the breast pump to work, oh so much lanolin, and mother’s rooms.

Yes, even when I decided to exclusively pump (or EP as we like to call it), mother’s rooms were my friend. A quiet place away from the hubbub of wherever I had to be at the time, to pump or nurse, in a room that did not contain a toilet. It was a dream. 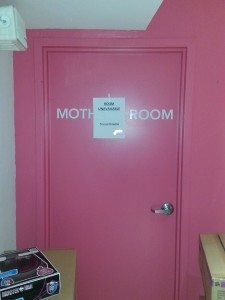 Now I have friends who are perfectly able to whip it out in public, some with latching problems who prefer privacy, some for whom a blanket is sufficient, and some with questions of personal modesty.

For my own part, my son was a very messy nurser; mama needed room to clean up. My friends would all agree with me, that for whatever reasons, these rooms were such a blessing. However, one friend, on a trip into New York City this weekend with her infant, was met with the Ho Ho No’s at the Times Square Toys ‘R’ Us in New York City. Many of the seasonal members of staff did not know that such a place as a mother’s room existed, understandably. After all many of them probably only started that day. I’ve been on the retail floor with only a moment’s notice in the holiday season. I know how that plays out.

Once she got there, she found that it had been closed for the holiday season and was being used for personal shoppers. Aghast, she walked away from the room only to overhear an exchange between employees about a woman who had decided to use the mother’s room anyway, sitting on the floor surrounded by boxes, at which point the door was locked to “make sure it didn’t happen again.” Fortunately my friend was able to get to another location nearby, that was not the bathroom, and nurse in privacy.

To my mind, you either agree with the need for such rooms or you don’t. Do or do not, there is no try.

If Toys ‘R’ Us as a company has decided to use part of the square footage in each location for a mother’s room, I applaud that. Mothers everywhere applaud that. But that means that such a space is needed year round, not just when it’s convenient. Choosing to take that service away during the holiday season seems a tad more grinch like than I am used to from this company. Apparently this kind of behavior, at this particular location, has made waves before. In 2006, a woman who was nursing outside of the mother’s room claims to have been harassed, the company called it encouraged, to go elsewhere in the store to nurse. At that time the then-store manager responded, “We take this opportunity to reaffirm our commitment to nursing moms.”

Now I am left wondering, is the personal shopping being done in that room for one customer?

And how much does it cost to buy a room in Toys ‘R’ Us?

10 Things to Read Instead of Twilight 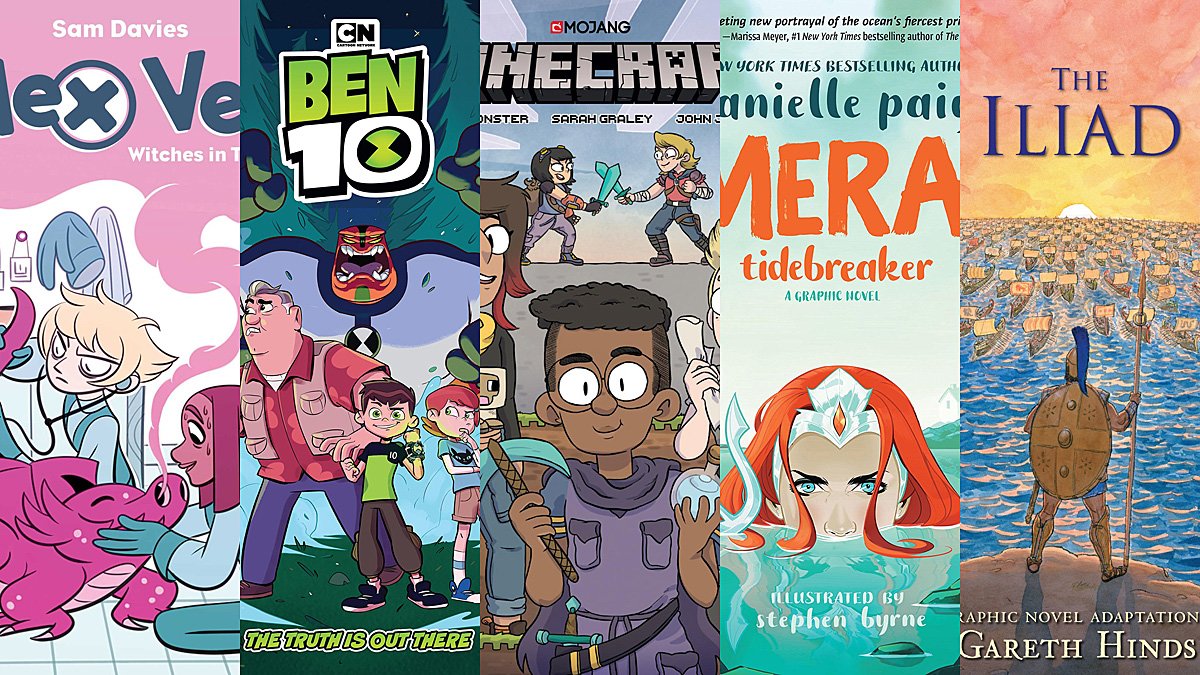 2 thoughts on “‘Tis the Season To Breastfeed in Public”