Let’s be honest, it’s pretty easy to come up with a funny concept for a novelty recipe book, especially when a show as iconic as Breaking Bad is your inspiration—I mean the title practically writes itself. But with something like this, the proof is quite literally in the pudding. Do the recipes actually work? I’ve spent the last week finding out.

Baking Bad is a collection of 22 recipes, mostly for desserts, that draw inspiration from the hit TV show Breaking Bad. The book itself is a well-thought-out and loving homage. Everything from the graphic design to the instructions themselves cleverly makes you think of the show, for example the Ricin Krispie squares recipe reminds me to be careful not to “confuse this dish with ‘Lily of the Valley Krispy Treats’, though the effects can be similar.” In fact it’s so well linked to its inspiration that I was having to watch out for spoilers (I’m currently halfway through season five)—I think this may be the only time a show has been spoiled for me by a cook book. The recipes are divided into five seasons, based on which episode they reference, and they are often very funny. Some of my personal favorites include Jesse’s Jell-O Acid Tub, Ricin Krispie Squares, and Fring Pops. I tried five recipes in total with varying degrees of success.

The first recipe I tried was the Schraderbraunies, a pretty basic chocolate brownie recipe with the added ingredient of stout. Even after leaving them in the oven longer than the recipe called for, the middle never reached that gooey brownie consistency we all love. Instead they stayed unpleasantly wobbly. I handed some out among friends (to wildly mixed reception) and the word that stuck with me from their responses was “gelatinous”—not a word I generally want associated with my brownies. I also noticed my first problem with the book in this recipe: the pictures of the method didn’t match up at all to the text. Even some of the ingredients were wrong, one picture showed chocolate squares being melted when they are not included anywhere in the ingredients list or the method. Sorry Hank but these anything but silky perfection.

Next up was the signature Blue Meth Crunch, a peppermint flavored hard candy. It’s worth noting here that the corn syrup it called for is not widely available in the UK, and even after sending my husband to every major supermarket in our city I still couldn’t locate any. This meant that I had to substitute with a much darker-colored golden syrup instead, which of course meant in turn that my crystals turned out green! The recipe worked really well and the result tasted good, assuming of course that you enjoy food that cements itself to your teeth. However I did discover one issue the next morning. I had left the crystals in a bowl overnight and on returning I discovered that they had slowly lost their shape and had instead become a solid, bowl-shaped mass that had to be melted out of its container,resulting in the loss of nearly all the product. Gus would not have been pleased…

I used the Meth Crunch to decorate my third recipe, Meth Munches, known on the street as cupcakes. I have made hundreds, probably thousands of cupcakes in recent years but this batch were one of the worst I have ever baked. The recipe again used a method where you simply dumped everything into a bowl at once and mixed it together unlike the standard creaming method I always use. I ended up with a dense sponge that struggled to rise which in turn left me with small, heavy cakes. The concept was great, and apart from their size the cakes looked good, but I’ll be sticking to my regular method from now on.

One of my favorite recipes were the Ricin Krispie Squares. I had never made rice crispy squares before, in the UK we usually melt chocolate to make rice crispy cakes instead, but this recipe was very simple and effective. It was probably the quickest to make and one of the most obviously Breaking Bad inspired when served up. If I were hosting a viewing party then these would be top of my party food list. I couldn’t quite bring myself to offer them to my friend’s kids though!

My final and favorite recipe was the Heisen(Batten)Burg Cake. This creates a yellow and green checkered cake which is wrapped in a layer of marzipan. Rather than the traditional apricot, any green jam is used—in my case lime marmalade—to stick the cake to the coating. Sadly, even in this case I had problems with the recipe. The cakes came out undercooked once again, despite going well over the recommended cooking time. This caused them to sink in the middle and made it very difficult to achieve the checkered effect (I had to squish mine under a weighted chopping board to even them out). I believe this may have to do with another editorial issue regarding the quantities. The recipe calls for 1 lb/350 g each of butter and sugar, but as we all know 1 lb is equal to 450 g. Adding too much or too little of an ingredient, even by a small margin, can have disastrous effects on baking and this is a significant error. Without knowing which quantity was the correct one I had to guess. Even so, the cake tasted great, I just have way too much of it and that’s after using half amounts—I couldn’t bear to cook anything that called for a whole pound of sugar!

Overall I found the book to be very hit or miss. The ideas are consistently good, if not all practical, but the execution varies wildly and there are a lot of editorial mistakes. I consider myself an experienced baker and I often found myself falling back on my own knowledge because the instructions were vague. When I had my husband (a complete baking novice) read through a recipe, he said he wouldn’t even attempt it because the book wasn’t nearly clear enough on what he should do.

Despite these problems I really like the book. It’s incredibly fun and I found myself excitedly texting a fellow Breaking Bad fan for the whole time I flicked through its pages the night I received it, sending her quotes and descriptions of the recipes. If you are a confident cook who is able to let their instincts guide them when something feels amiss then you will enjoy it, but this isn’t a game for amateurs. 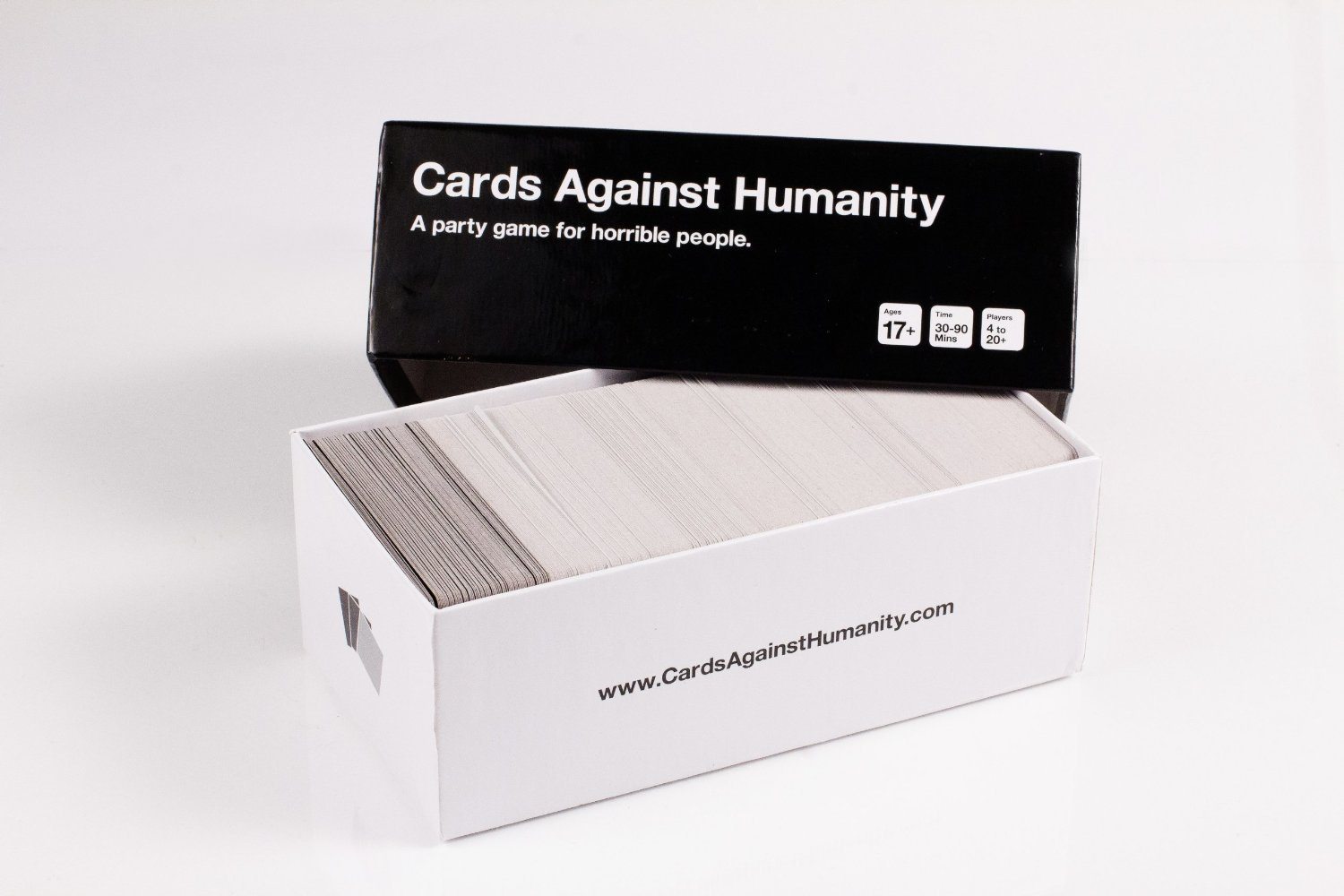 Ringing in the New Year with Cards Against Humanity