Abandon yer landlubber ways and set sail with the Cutlass: Read Pirates of the Silver Coast, an all-ages fantasy adventure graphic novel by Canadian cartoonist Scott Chantler. It features a feisty, adventurous girl seeking her lost brother in a fantasy medieval setting. In this fifth story in the Three Thieves series, former circus acrobat Dessa is seeking her kidnapped twin brother Jared, along with her two companions, Fisk and Topper.

At the opening of the book, Dessa is waiting for a broken leg to heal and hiding with her two companions. Topper is a small blue being, who is quick-thinking and loves a good risk. Fisk, on the other hand, is a quiet, huge and gentle creature, who has been outcast from his tribe. To proceed with their mission, the three need funds. Raising funds and seeking Dessa’s brother while under pursuit by the evil queen’s guard, using the highly sought-after map to a mysterious island that Dessa acquired in the previous issue, gets this tale off to an in-your-face start.

Once the trio have purchased safe passage on the Cutlass, they get to mix it up with pirates—several times. Some people are surprisingly piratical, some pirates are surprisingly human, and our friends require bravery, trickery, feats of strength, or leaps of faith to continue the journey without piratical penalties. At the end of the book, I wanted to keep reading to find out the resolution to all of the dangling questions and intriguing situations. I would love to read this book with youngsters in my life.

Since I have not yet read the preceding volumes in the series, I did not have a strong sense of the characters’ history or personalities. Dessa and Topper tell us who they are quickly through their actions, but Fisk is so quiet that his other characteristics are hard to discern. There is a sense in this story of payoff from earlier story investments, as if the series is a big Jenga tower and this episode is the point where we start worrying about each move we make.

Chantler’s art and writing move the story along briskly and convey the plot clearly. I did not have to study panels to figure out what was happening, but sometimes I studied a panel just for the fun of it. The art style is uncluttered and direct with clean lines, a somewhat painterly style, and the pages vary between bright primary colors and more muted, neutral palettes, depending on the atmosphere. My favorite line was, “By the great mermaid’s clamshells!” and my favorite image was of Fisk gliding through the air with his head up and his arms wide. Not because it is particularly artsy or beautiful, but because it looks both fun and serene—and it’s effective, in story terms. Images like this make it easy to hope to see this story as an animated or live-action film.

GeekMom: Did you have any particular inspiration or goal in designing your main characters? We love strong female protagonists at GeekMom, but Dessa’s posse is interesting too.

Scott Chantler: Topper and Fisk are characters I’ve been kicking around since university. There’s an old drawing of them in one of my sketchbooks from probably 1993. So those are characters who have been with me a while, just waiting to pop up as sidekicks somewhere.

Dessa herself came much later. My original 2006 concept for Three Thieves had a boy lead. Before actually pitching it, I changed it to a girl. It just felt a little less cliché, and maybe made her seem a little bit more vulnerable out there in that pseudo-Medieval man’s world. You’re seeing a lot more female heroes in comics lately, especially in all-ages books. In fact, a lot of them are using “strong female characters!” as a sort of feminist marketing hook. Which is fine, but Kids Can has never publicized the Three Thieves books that way, which I’m happy about. That Dessa is a girl has never been a big deal (Pirates is the first book in the series to reference to it as a plot point.) Because it shouldn’t be. I certainly wasn’t trying to force some kind of social justice agenda. The themes of the series are more universal than that.

GM: Without serious spoilers, what was your favorite part of creating Pirates of the Silver Coast and/or the Three Thieves series?

SC: The entire series is just a blast to work on. But Book Four (The King’s Dragon) was pretty dark, so I purposefully wanted to make this one light and fun. Of the five books so far, it was the easiest to write. It’s a little shorter than the others, so that helped. But it also ends with a couple of big twists that I’ve been working toward for years now, so I always knew exactly where I was going. Finally arriving at those scenes was really satisfying.

GM: Who did you read as a child and who do you read now?

SC: When I was very young, I was all about superhero comics. When I hit my teens, it was more about fantasy comics and fantasy novels. Conan the Barbarian, DC’s Warlord, Terry Brooks’s Sword of Shannara, etc., Tolkien of course. A lot of that stuff ended up in forming the Three Thieves books.

GM: Do you prefer writing or art? Do you ever wish you were collaborating on the book creation?

SC: Cartoonists get this question a lot, and it’s always puzzling to us, because in comics the art is the writing. Most of us don’t think of them as two separate things. We’re people who “write” with pictures. That said, the script stage goes faster than the drawing does. But it’s also less satisfying than looking at the giant pile of art boards you’ve got when you’re finished. So it’s a toss-up.

And no, I don’t wish for a collaboration. We can all name some successful writer/artist teams who seem to share a vision, but that seems to be the exception rather than the rule. I think a true synthesis between word and image is best achieved when those two things are married inside a single creator.

GM: What is the hardest part of the process of creating your comics?

SC: The drawing stage takes a long time—longer than I’m sure most people would imagine. Drawing comics is more fun than digging ditches for sure, but sometimes when you’re several months (or years, in some artists’ cases) into the process, it’s hard to remember that. Many of us also work in isolation, which makes it tough, too. There’s no one around to give you a pep talk when you need one.

GM: Any tips for kids or adults interested in pursuing comics?

SC: Drawing skills are important, of course, but I would stress to them that comics aren’t simply heavily-illustrated books, but a unique storytelling language. And mastering that language involves so much more than drawing. You need to think about what to draw, not just how to draw, and that means studying drama, studying film, studying movement, studying iconography, studying anything that helps get ideas across to readers, visually. Creating comics isn’t about picture-making; it’s about communication. The best cartoonists aren’t the ones who draw the coolest-looking stuff. They’re the ones who can translate their ideas most effectively into simple, clear, dramatic imagery. 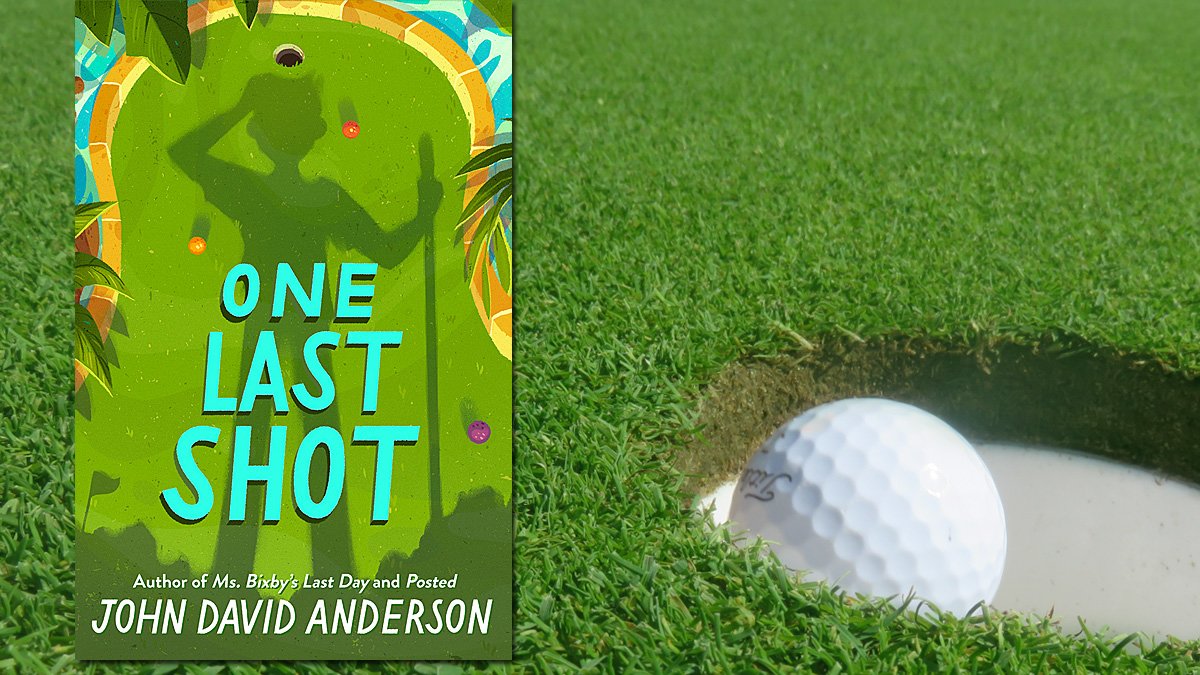 Giveaway: Have You Ever Sat An Alien Baby Before? 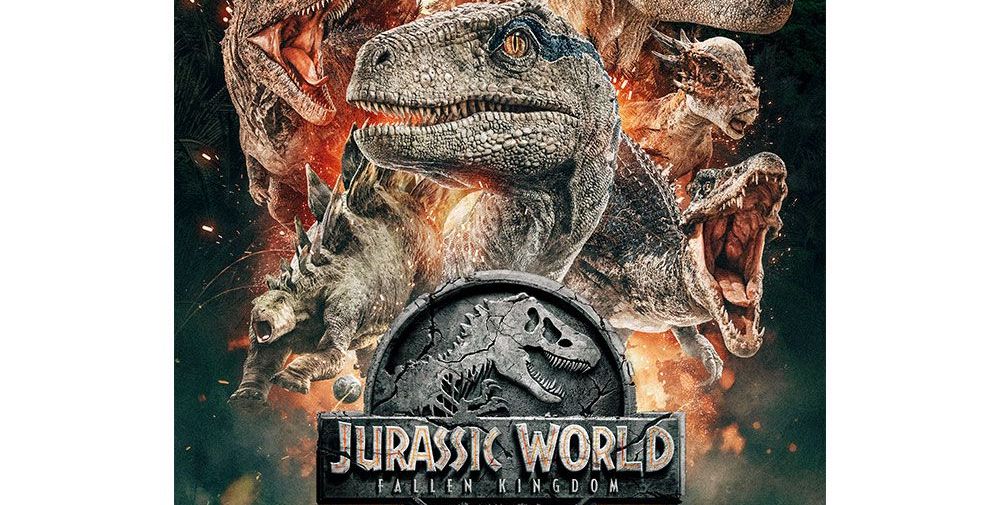