As the mother of two kids in a very tech-connected geek household, apps are often on our minds. Which is why I’m so excited to share Tiny Hands Apps, our sponsor, with you.

Our daughter, the youngest, is only two. And while she’s fascinated with the iPad and certainly wants to use it like her brother does, there’s not much out there that caters to her. Generally speaking, it’s too complicated for her–and to be honest, I don’t just want to throw her the iPad to keep her busy when it’s not something that’s helpful for her.

That’s where Tiny Hands Apps comes in. Tiny Hands Apps are designed with toddlers in mind, from top to bottom. They’re educational and fun, and go beyond being just apps–really, they’re developmental apps. Everything is designed with a great deal of thought, not just a bunch of bright colors and sounds. In fact, Tiny Hands Apps are put together with certified child psychologists and produced in such a way to be exciting and interesting but never compromising on the content.

Even better? There’s no ads. No pop ups. No network access. Your littlest curious kiddos are free from the advertising crush that we so often see in games. It’s a gateway to learning without interruption.

But that’s just the beginning. The world of Tiny Hands Apps is full of bright and colorful fun, learning about the world and all that’s in it.

We all know that it’s almost impossible to avoid technology–and we certainly never would want to. But we always want to make sure that we’re delivering the best quality to our children, both appropriate and exceptional. If you have a toddler who’s ready, we can’t think of a better place to start than Tiny Hands Apps

You can see the full lineup of Tiny Hands apps at the iTunes store, and follow them on Facebook, too. 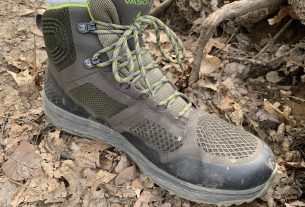 Fund Childhood Cancer Research With Heroes For a Cure