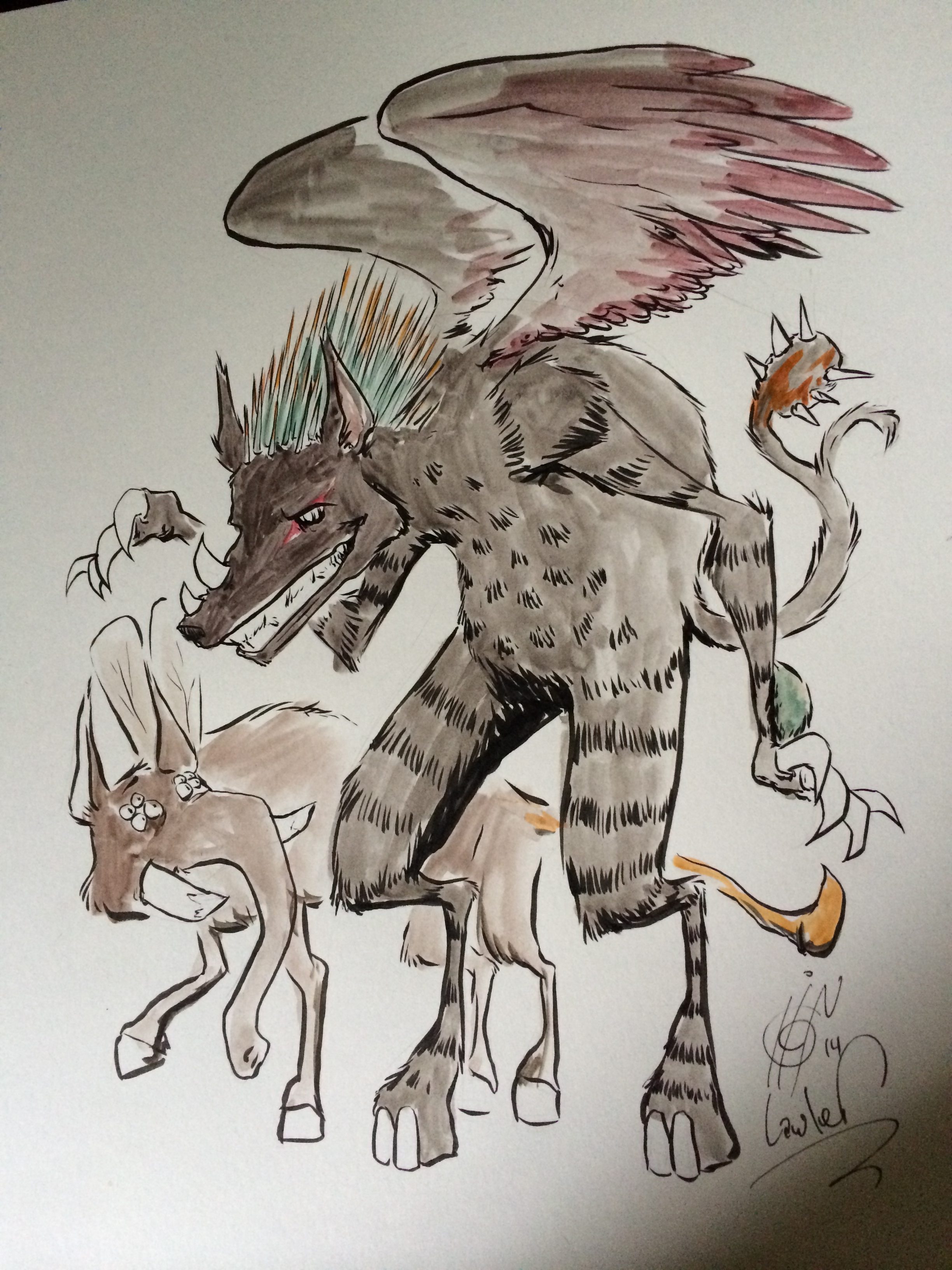 ConnectiCon is the con where I’m out-geeked by my teenagers. I let them set the agenda because this is their generation’s con, from the voice-acting guests to the emphasis on webcomic creators to the spotlight on YouTube shows.

Perhaps nothing better exemplifies ConnectiCon than the annual Cosplay Death Match. A ballroom full of literally thousands of attendees watch their favorites mock fight to the death, with the winner determined by audience applause. Breaks are taken to jam to heavy metal music. The crowd favorites are clearly on the side of anime/manga and video games rather than superheroes. (Poor Harry Dresden didn’t last long, either.) Princess Kenny from South Park had a good run as did Oberyn Martell, but the final battle pitted Bill Nye the Science Guy against Jorgen Von Strangle from The Fairly OddParents. Science ruled, as Bill Nye had the final victory.

This year, for the first time, there was a kids’ room at the con as well, well-stocked with all sorts of craft or leftover household items that could be made into almost anything a child can imagine. My youngest daughter created a bionic arm, a cyber-wizard staff, and a bionic mask as well.

But the best part of the con for her was a commission. She’s created two original characters, Howl and Tusk, the products of genetic manipulation in a dystopian future. She’s been working on their designs for some time, but hasn’t been completely happy with her own drawings.

She walked the con for almost an entire morning before settling on one artist, Colin Lawler, to draw Howl and Tusk for her. The price was more than reasonable ($30) and since they were clearly giving her a break because of her age, I also bought Lawler’s comic, Spirits: The Soul Collector, co-written by Joseph Grabowski.

This turned out to be a terrific purchase, as Spirits is the story of two young siblings visiting their magical grandmother and menaced by some very dark spirits. It’s in black and white, which perfectly suits the story, and I’m disappointed I only have issue #1, as it ends on a cliffhanger. Now I need to back future Kickstarters.

And then there’s  my youngest son, who cosplayed at The Shade from DC Comics. Not only did he have the fun of cosplaying his favorite character (and receiving a few great comments), but he received a 3D figurine of himself as The Shade done via 3D imaging by Forge Studio from Lowell, Massachusetts. Forge scanned him at a booth at the con and the figurine arrived just a few days ago. He’s more than pleased. The price was reasonable, $65, and I predict Forge would have customers at many of the local New England cons.

My son is even pickier about his artists than my daughter and only committed to an artists’ commission on the last day of the con. This time, it was for a Chibi version of Jack Knight aka Starman, from the same city as The Shade. Since he asked for it so late, the artist had to mail it to him. It came out as well as he hoped and, in a happy coincidence, arrived on the same day as his 3D figurine.

Meanwhile, my eldest son, now almost 19, disappeared for much of the three days of the con with his friends—and to the adult events in the evening. I hope my younger kids (14) don’t outgrow me soon or else I’ll lose my pop culture guides in the years to come.

“The Curse of the Brimstone Contract:” A Steampunk Adventure, Part 19

2 thoughts on “ConnectiCon: The Kids Made Out”