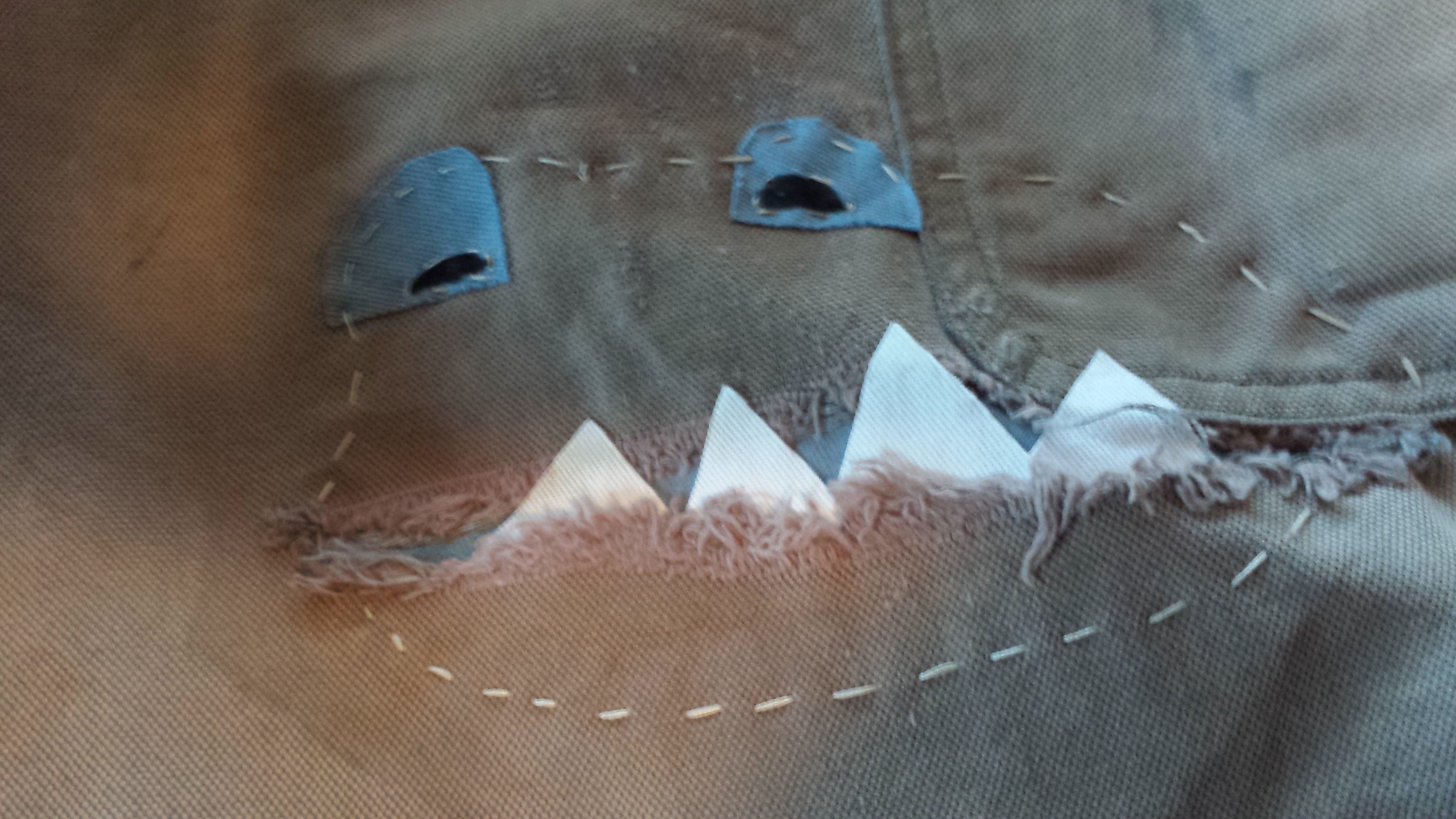 Although my son wears heavyweight and durable pants, he still manages to stain, rip, and fray them to shreds. I used to amuse myself by cutting patches from old jeans in the shape of dinosaurs to sew over ripped knees, but he’s way too old for that. He still destroys pants and I still like to amuse myself with stitchery. So this time, rather than sew on a plain square patch or cut the pants into shorts, I made a quick repair—monster style.

I got the idea from Samantha at By Meikk (you’ll have to hit the “translate” button to read her blog, which appears to be written in Dutch). She uses fleece and felt backed with fusible webbing to cleverly patch a hole with a monster face.

I took a quicker route.

over the hole from the inside, making sure that the shiny fusible coating faced the outside of the pants. Before ironing in place, I cut jagged teeth from a white iron-on patch and positioned the fusible side in toward the other patch. I covered it all with a piece of parchment paper to keep it from sticking to the iron. Then I held the iron, turned up to the hottest setting, on the patch area and fused it for about 45 seconds.

Next I cut eyes from a left-over piece of contrast color iron-on patch and ironed them shiny side down on the outside of the fabric.

I know these patches tend to loosen after a few go-rounds in the washing machine, so I sewed around the edges with primitive Frankenstein-like stitches.

The whole process took less than ten minutes. I folded the pants along with my son’s other clean laundry, anticipating that he’d be surprised when he put them on. That didn’t happen. His siblings found my repair job so silly that they informed him he now owned monstrous pants. I wasn’t sure he’d approve but he looked, laughed, and came over to hug me. Apparently our kids can outgrow all sorts of things but retain a lingering affection for whimsical mothers. 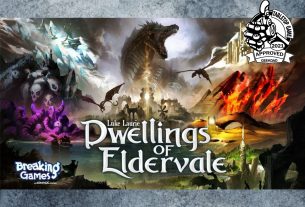 GeekDad: Harness the Power of the Elements and Build Your ‘Dwellings of Eldervale’