Happy Comic Release Day! Welcome to another installment of GeekMom Comic Book Corner, where we recap our adventures in comics for the week. This week I explore She-Hulk’s world while Corrina dives into Mother & Son. Sophie continues her journey through The X-Files and starts a new path in Letter 44. Lisa, on the other hand, looks at a new version of Robin Hood in Sherwood Texas.

I first picked up She-Hulk: The Complete Collection Volume 1 by Dan Slot because I enjoy Dan’s work. Dan Slot wrote Superior Spider-Man, a series I’ve come to enjoy, and The Amazing Spider-Man, a current favorite of mine. His witty sense of humor and ability to write his characters with both a serious side and a fun loving side is what draws me to his writing.

Something I’ve really enjoyed about this title is how relatable She-Hulk is to modern women. Okay, so most of us haven’t been exposed to gamma radiation or have a key to the Avengers mansion, but we do have jobs, insecurities, boyfriends, and people who–for lack of a better term–are seen as foes in the workplace.

In her human form as Jennifer Walters, She-Hulk is very insecure and has a strong desire to stand out and be noticed. When she is in full She-Hulk form, she has no insecurities and stands out pretty well (green skin will do that a person). Seeing how people react to a shy and insecure Jennifer makes it easy to understand why she prefers to live as She-Hulk full-time.

For most of the book, Jennifer is put in a position where she has to learn to accept her Jennifer side as much as she accepts her She-Hulk side. As a lawyer for a superhuman law firm, we get to see Jennifer put into some pretty interesting story lines and make some interesting friends and enemies.

Over time, we watch as she rises from her troubles of being kicked out of the Avengers mansion for partying too hard and see her become just as confident as Jennifer Walters as she is as She-Hulk.

In terms of guest stars we get to see appearances by Spider-Man, Captain America, Spider-Woman, Iron Man, and several other notable Avengers. I’m happy to say though that when any of the Avengers guest star, the story is still all about She-Hulk and what she is going through at that moment.

I’m comfortable recommending this book for anyone 10-years-old and up. There is no harsh language and very little sexual content (and it’s hinted at and not blatantly obvious). For the geek girl trying to find her way, I’d say this is a good book for them to pick up.

Imagine if the child you’re carrying isn’t a child but an alien symbiote. I know, that’s the premise of a new television series starring Halle Berry but I find it hard to believe the show will be anywhere near as interesting as this story.

Ainsley is the mother in question, who is being used to track the agents of an alien trying to terraform Earth, beginning with Earth’s most prominent lifeform: people. Ainsley is driven by her “son” to kill the hosts before they bud, whoever they are. Her partner is Lorissa, who’s also been altered for the fight but it’s not clear who has done it.

This is a creepy story that relies on suspense rather than gore and it’s also unexpectedly sweet, as the relationship between Ainsley and her son develops. They’re both trapped, in a sense, to do what they do and they only have each other.

The artwork, as noted above, is restrained rather than gory but I especially appreciated the facial expressions that make Ainsley and Lorissa come alive, the way the panels throw shadows in just the right places, and the flow of action.

The story ends but there’s clearly more to tell, perhaps in future issues. But that may be a while as this was published via Kickstarter for Grayhaven Comics and Heflin has already gone on to paying work on Wonderland at Zenoscope Comics.

The most intriguing part of this five-issue biker fantasy series was the revelation I live smack dab in the middle of the City of Nottingham, which is placed suspiciously close to where El Paso would be in this alternate West Texas reality. Sherwood Forest seems to be located around the Big Bend, but Juarez, Mexico just across the border, remains Juarez.

This Robin Hood revamp comes across as much a PG-13 level tribute to HBO’s Sons of Anarchy as it does the Robin Hood saga. The story begins after the death of Richard Hood, aka “Richie the Lion” from an apparent vehicle crash. It’s up to the next generation of Hoods—returning Naval hero, Rob, and his Native American half-brother, Will, to seek out what really happened.

The story itself isn’t as interesting as the Robin Hood tie-ins. The Sheriff of Nottingham’s daughter, Maria, is married to Rob. “Prince” John is the leader of a biker gang, The Nobles (rivals to Will’s gang, The Jesters). Little John is the hard-nosed owner of the popular roadhouse, “LJ’s.” Even Padre Tuck is mentioned for leading the opening funeral.

The violence is not as gritty as it could be (this is not necessarily a bad thing), but the story itself could use a little polish. Berryhill did do his homework on the source material, and those who know the Robin Hood legend will enjoy finding more connections between the two stories.

Readers who waited for the full-issue’s release after the first part of this title was released in May for Free Comic Book Day as a double feature with The Boondocks Saints, will not get too much more of the story. It does leave it hanging in a more surprising place, so those wanting resolution will have to venture into the second issue, and likely commit to the whole series.

Letter 44 opens in a fairly typical style for this done-to-death sci-fi trope. A new US President has just been sworn into office and receives the eponymous Letter 44 from his predecessor. The letter reveals what we all guessed just from the cover: the existence of aliens has been known for some time by the US government who have been keeping it a secret from the public. Here the book begins to split from the norm by taking us alternately aboard the manned spaceship Clarke that was secretly launched several years ago, and following the new president and his staff as they attempt to make their way in Washington.

The Clarke has been sent to investigate a strange object being constructed in the asteroid belt, veiled behind an energy shield. Its combination military/scientific crew is made up of a refreshing mix of genders, races and ages, but the real kicker (in the literal sense as well) is that captain of the science team is pregnant.

The story mixes up ideas from 2001 A Space Odyssey, The X-Files, and more. The ideas are mixed as the crew’s difficulties aboard the Clarke are shown alongside the political issues associated with their voyage down on Earth. This story follows as the new president grapples with whether or not to go public with the revelation as the USA fights wars set in motion by his predecessor with the sole intention of creating a new generation of combat veterans.

These plots could come across as rather ham-fisted clichés, but instead are handled with a nuance and attention to language that make them believable and engaging. There’s a slight feel of a contemporary-era Firefly aboard the Clarke (especially given the recent Leaves on The Wind comic mini-series that featured a pregnant Zoe) with a classic “ragtag bunch of misfits” trying to hold together their hastily-built ship with super-glue and hope, while back on Earth there’s a constant feel of House of Cards/West Wing style political maneuvering.

Show me a story with aliens and government secrets in it and I’ll always dive right in no matter how overdone those tropes might be. But Letter 44 does it all in a rather clever and unexpected way, and that makes it stand out from the shadows. The series is ongoing (this trade collects issues one through six) and I’m already looking forward to the recently announced SyFy TV adaptation.

The X-Files Season 10 continued last week with its second five-part mythology arc. At the end of the previous issue, Scully had seemingly vanished into nowhere in the middle of the Saudi desert (much as Alex Krycek had done earlier in the story). Issue 13 picks up immediately where that story left off. The time-stamp of 12’s final scene in Saudi Arabia is just a few minutes prior to that of 13’s opener in Arlington but that doesn’t take into account the 8 hour geographic time difference making it unclear whether Scully has been missing for just a few minutes or for most of a day. The latter feels more plausible due to later scenes, but it’s not exactly clear from the outset just what we’re supposed to believe has happened.

This issue brings back the Lone Gunmen to season 10, giving them some nice long scenes—really allowing their characters to shine. There’s also some nice throwbacks to the opening season arc “Believers” with Krycek’s muttered “the cradle is empty” and Scully’s memories of the spaceship she saw at Yellowstone. It’s great to see some continuity here, and there’s a rather beautiful reference to Season Four’s Tunguska for the really committed fans to spot as well. Sadly, there’s also another significant blunder when it comes to that same continuity.

“I’m not a neurologist gentlemen,” Scully intones as she makes a vague observation about a brain scan. Funny, because I recall that in the I Want to Believe movie Scully had a new job that involved performing brain surgery and diagnosing rare inherited neurological orders, both of which (you hope) would require a very, very detailed knowledge of brain scan images. I know I keep going on about these seemingly minor issues (you may recall in issue 12 that Scully also forgot she spoke German) but it’s little niggles like this that often add up to big-ass pains. For fans, they speak to a lack of basic research and can give the impression of a team not really caring to fact-check before an issue hits shelves.

For me, the stand out scene from this issue was its conclusion. Scully’s “voice-over” (and kudos here to Joe Harris for actually writing voice-overs into a comic well—not an easy feat) as she sits alone at home worrying about Mulder is heartfelt without becoming overly sentimental. She reveals her fears about the parts she, Mulder, and their son William are fated to play whilst also showing her anger at their being forced to participate against their will. Coupled with the issue’s final panel and heart-stopping cliff-hanger, fans were immediately coming after Harris with their fandom pitchforks aflame. I know, because I was holding mine aloft at the front of the charge—now give me issue 14 already!

Disclaimer: GeekMom recieved a review copy of these titles. 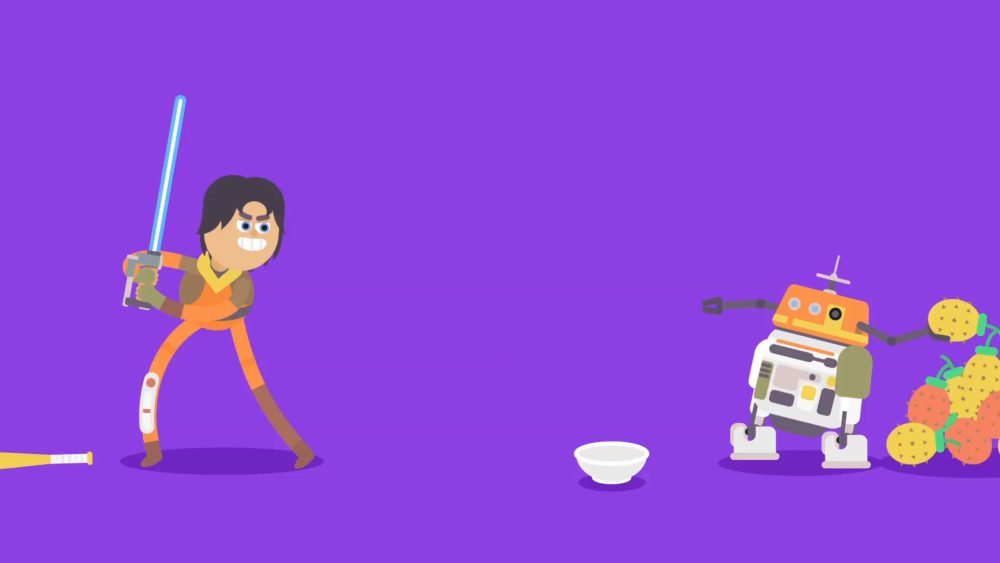 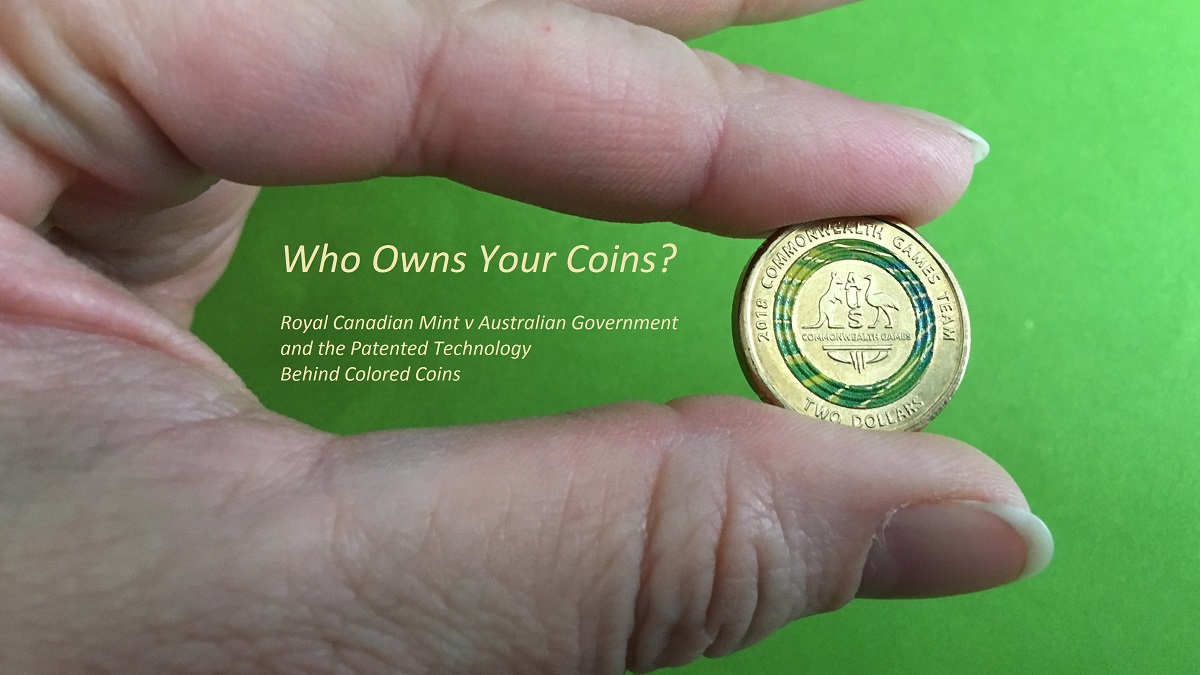