Marvel Studios, Disney, and more have joined forces to search for the real Guardians of the Galaxy in their new Guardians for Good contest.

The contest puts out the call for high schoolers across the United States to share how they are improving their communities through service, science, or innovation.

Applicants are given the chance to talk about their experiences with Peer Guides before submitting their final entry, a video explaining their work and the advice they received from the Peer Guides.

Five winners will be selected to win:

Two round-trip tickets to Hollywood, including hotel accommodations, from July 20 through July 23, 2014, to be on the red carpet at the World Premiere of Marvel’s Guardians of the Galaxy on July 21, 2014; an invitation to the first-ever GUARDIANS OF GOOD INNOVATION & SERVICE SUMMIT on July 22 at The Walt Disney Studios in Burbank, where professionals and peers will share their knowledge; a backstage tour of the Disneyland Resort; and a red-carpet screening of the film at a Dolby® Atmos TM Theatre in or near the winner’s hometown.

Entries will be accepted from June 11 to June 29, 2014, so send your teens to the official contest web site for rules and entry information. 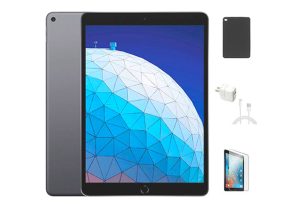