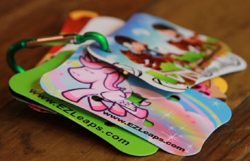 My son is now in second grade. To date, we’ve mastered all of his milestones pretty well. Sure, potty training took a little longer than I would have liked, but he’s a sweet guy, he’s active, and he has a hearty interest in his school’s STEM lab.

The one thing we can’t seem to grasp is how to tie shoes. I’ll admit, I’m not the best teacher. It certainly doesn’t help that my husband and I have been putting the whole thing off for a little while now. After all, Velcro shoes are easy and plentiful. Now, I’m starting to get the feeling that he’s a lone wolf. It’s time to join the pack.

Did I happen to mention that I’m not the best teacher?

In the middle of my panic, I was contacted by EZLeaps. This small company was founded by Eileen Sloan, a former first grade teacher and mom, who obviously handled her frustration a lot better than I ever could. She invented a little shoe tying system—the kind that you see and think to yourself, “Why didn’t I come up with that?” It’s just so darn easy.

The EZLeaps system is basically a plastic card that looks like it was attacked by someone who’s a little hole-punch happy. And before you scoff at spending six bucks on a piece of plastic, think about how many dollars you’ve spent on other pieces of plastic. That said, this thing actually works.

Also, it couldn’t be more simple. Grab a shoe and start with the initial “X.” Actually, that was the one thing we seemed to master on our own. Once that is ready, place the EZLeaps card on top of the X. From there, you weave the laces through the holes on the card to make a pair of loops. Then, tie the loops in X fashion. Make them tight, double-knot if you like, and you’re done. Then, just lift the EZLeaps off. It’s like magic.

The video below shows exactly how it’s done. After our first try, my son got so excited, he actually tied his shoes on his own—all without the EZLeaps card. This is something that’s never happened before. I almost passed out. Since then, we’ve had a few setbacks, but he’s working on it with EZLeaps. And because of that, I’d say this is money well spent.

Speaking of which, EZLeaps are priced at $5.49 each and available in 12 different styles, with colors, cupcakes, ponies, sports, and even an “Artist Pad” design that lets you draw whatever you want right on the card. 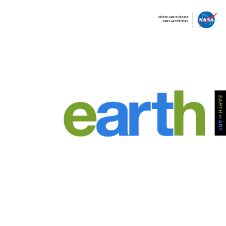 Gorgeous E-book Of Your Home, Free

A Spirit on Mars