This month’s Between the Bookends covers comical cats, Lemony Snicket causing despondency yet again, and a story of ordinary hardship in World War I.

Sophie has been reading quite a mixture of books this month. She is working her way through Pizza Bomber: The Untold Story of America’s Most Shocking Bank Robbery by Jerry Clark and Ed Palattella; the set reading for a Canvas Network course on FBI investigative methods; and recently finished You Are The Music by Victoria Williamson, which discusses how music affects us throughout our lives. She fell in love with Rainbow Rowell’s Fangirl, a story about fan-fiction author Cath as she begins college, but her book club’s previous selection Fractured by Dani Atkins (soon to be re-published as Then and Always in the USA) impressed her much less. It had an intriguing premise: Protagonist Rachel wakes up in hospital to a world very different to her own, where dead people are still alive. However, the conclusion felt like a let down. She has just started this month’s choice, How To Be a Woman by Caitlin Moran, and is enjoying it very much. Finally, she is reading Dead Americans and Other Stories by Ben Peek. This is a collection of strange, often disturbing short stories that include John Wayne visiting a Wal-Mart and the answers to a questionnaire set to the music of Johnny Cash. It’s all very surreal and very brilliant and if you love Neil Gaiman, then it’s right up your alley.

Another trip to the library with her son has resulted in yet another towering pile of preschooler books entering the house. Current favorites are Mr. Pusskins: A Love Story by Sam Lloyd and Gracie The Lighthouse Cat by Ruth Brown. Her son has also picked out his first Roald Dahl book and together they are making their way through The Enormous Crocodile.

Lisa still isn’t sure why she continues to read Lemony Snicket. She and her daughter’s venture through Series of Unfortunate Events left her despondent and grumpy for days, not that the author didn’t warn her several times. Currently, she is making her way through his four-part young readers series, All the Wrong Questions, and just completed its second installment, When Did You See Her Last? The series is a noir-ish sequel to his Unfortunate Events, focusing on the 12-year-old Snicket as a recent recruit to an investigative organization of which the reader knows very little. Like most of his works, this series is a frustrating read: All adults are inept know-it-alls, the surroundings are decrepit and dismal, and the situations never seem to resolve themselves (the cliffhanger at the end of the first book hadn’t even been resolved, when the second book threw a whole new mess of “wrong questions” the reader’s way). However, these books are also cleverly penned and filled with resourceful and smart youth (for the most part), as well as witty and fun. For young readers, they enhance deductive reasoning and vocabulary. For adults, they provide page-turning plots and a stream of “chuckle-to-yourself” one liners: “I do not like Honeydew melons,” Snicket quips.”I don’t see the point in them.” The adventure and the silliness, the inability to take things too seriously, and the promise that despite dire circumstances, the strong can endure, must be the reason she keeps reading.

This month has seen Helen Barker reading some YA and children’s books. First up was The Year of the Rat by Clare Furniss, which Helen really enjoyed. Centering on the struggle of teenager Pearl to adjust to the loss of her mum, it’s a heartwarming tale about family and a mother’s love. Pearl is a great narrator, self-deprecating and self-centered in the way that only teenagers can be, but you can feel her grief flow through the pages. After Pearl’s mum dies in childbirth, she withdraws from her family and friends, and the book explains how she finds her way back to the people who love her. It’s not depressing or overly sad though, but instead shows how Pearl begins to recover slowly, with help from someone unexpected.

Next up was Riot by Sarah Mussi. Set in a near future Britain where society is on the brink of crumbling, activist Tia is thrown into danger when a peaceful demonstration that she has organized suddenly turns violent. Tia is EVE, an undercover computer expert and white-hat hacker who is trying to stop her father’s parliamentary bill, which would mean forced sterilization of the poor, unemployed, and imprisoned. When the police and government attempt to track her down, Tia goes on the run, aided by riot poster-boy Cobain. It has shades of Cory Doctorow’s fantastic Little Brother and Homeland books, in that the plot concerns young people using technology to organize resistance to government plans, as well as a government starting to erode the liberties and rights of the people. However, Riot doesn’t have quite the same depth of plot or Doctorow’s authentic feel, but it is a fast-paced and exciting story, and it’s also good to see a female main character who is so tech-savvy.

With the centenary anniversary of World War I this year, Helen thought that Stay Where You Are And Then Leave by John Boyne (author of the brilliant The Boy in the Striped Pajamas) would be a perfect choice. The story follows young Alfie Summerfield, son of a London milkman, and his search for his missing father. Alfie’s dad signed up on the first day of the war, and left for France soon after. The letters he sends home become more rambling and incoherent, before they finally dry up altogether. Alfie’s mum says that his dad is on a special secret mission, but Alfie doesn’t believe that is the case. When Alfie discovers that the truth has been hidden from him, he sets off to put things right and bring his dad home. Boyne deals with the hardships of ordinary people during wartime with a real deftness of touch. Although the narrator is only a young boy, so many aspects of the war’s negative effects are shown through his eyes. The hospital and the way that the soldiers are treated is quite shocking, and shows not only how devastating and terrible the experiences were for the soldiers, but how far rehabilitation for our armed forces has come. It’s a good introduction to the war for younger readers, but adults will be able to read between the lines and gain even more from the story.

Fran is reading The Time Traveler’s Almanac, an anthology of time-travel stories edited by Ann and Jeff VanderMeer. Divided into handy reference sections including “Experiments,” “Reactionaries and Revolutionaries,” “Mazes and Traps,” and “Communiques,” the encompassing anthology features authors from Isaac Asimov and Ursula LeGuin to Kage Baker, Greg Egan, Vandana Singh, and Charles Stross. Fran’s found that she has to ration herself to one story a day in order to keep from being lost in time herself. She is also re-reading Elizabeth Bear’s Range of Ghosts and Shattered Pillars in order to prepare for the final book in the trilogy, Steles of the Sky. It’s due out in early April, and she is very excited.

Copies of certain titles were provided for review purposes. 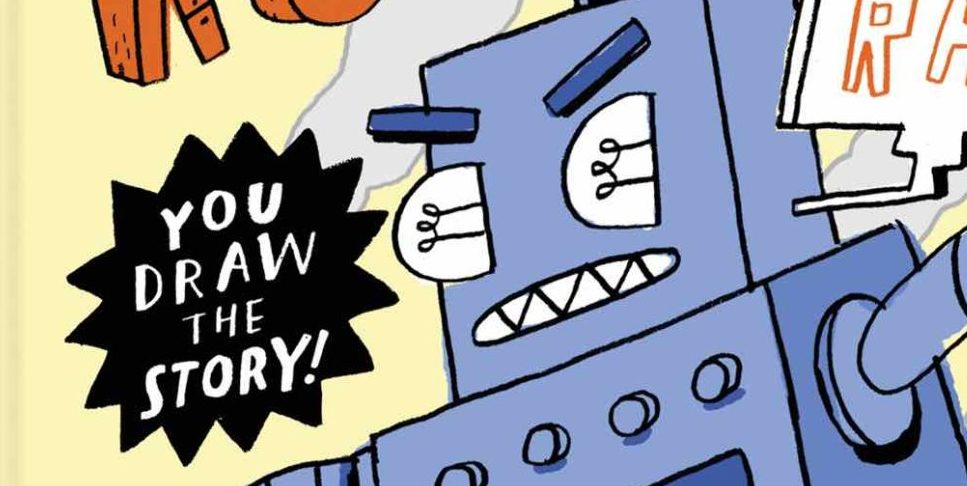 Anybody Want a Peanut?