Coining the word “tesseract” is generally credited to Charles Howard Hinton, a 19th century scientist and science fiction writer who had a particular interest in the concept of a fourth dimension. In 1880, he wrote an article called “What is the Fourth Dimension?,” in which he suggests that the fourth dimension a) exists and b) could be time-related.  He then introduced the idea of visualizing this fourth dimension with cubes. He tried out different words to describe it and came up with “tesseract” for his 1888 book A New Era of Thought.

The tesseract—both the word and concept—have since been adapted into fiction repeatedly.

But before we dive into those, let’s break it down, geometrically speaking, to see what we’re talking about. We exist in three dimensions, so that’s pretty easy to imagine. We all understand length, width, and depth. If you want to hang out in two dimensions for a while, read Flatland: A Romance of Many Dimensions

. If you’re ready to move to four, that’s when we have to get more creative with the visualizations and get to start talking science fiction.

Now let’s look at how that geometrical concept and the fourth dimension as time translate into fiction.

A Wrinkle In Time

The first time I saw the word “tesseract” was in elementary school when I read A Wrinkle In Time. When Madeleine L’Engle was writing it around 1960, she was interested in particle physics and quantum mechanics. She once wrote about the book’s history:

I wrote A Wrinkle in Time when we were living in a small dairy farm village in New England. I had three small children to raise, and life was not easy. We lost four of our closest friends within two years by death—that’s a lot of death statistically. And I really wasn’t finding the answers to my big questions in the logical places. So, at the time I discovered the world of particle physics. I discovered Einstein and relativity. I read a book of Einstein’s, in which he said that anyone who’s not lost in rapturous awe at the power and glory of the mind behind the universe is as good as a burnt-out candle. And I thought, “Oh, I’ve found my theologian, what a wonderful thing.” I began to read more in that area. A Wrinkle in Time came out of these questions, and out of my discovery of the post-utopian sciences, which knocked everything we knew about science for a loop.

In the novel, she says that time is the fourth dimension, and the fifth dimension is a tesseract, which they travel through by tessering. The characters fold space and time to travel through it—the titular “wrinkle in time,” conceptually similar (though not identical) to wormholes or warp travel. The novel’s characters explain:

Mrs. Who took a portion of her white robe in her hands and held it tight. “You see,” Mrs. Whatsit said, “if a very small insect were to move from the section of skirt in Mrs. Who’s right hand to that in her left, it would be quite a long walk for him if he had to walk straight across.”

Swiftly Mrs. Who brought her hands, still holding the skirt, together. “Now, you see,” Mrs. Whatsit said, “he would be there, without that long trip. That is how we travel.”

In her autobiography, A Circle of Quiet

, L’Engle says that there are two types of time.: Chronos is the sort of time we generally think of as time, while Kairos is God’s time, a less linear sort of time without a past or present. Her tesseract is a way of time travel achieved by jumping from Chronos to Kairos back to Chronos.

If you read much more about L’Engle’s ideas in A Wrinkle In Time, you see more and more of her vision of God and religion in science. (She was surprised when it often ended up on banned books lists for being a challenge to Christianity, while she considered the three Mrs. to be angels.)

In Leonard S. Marcus’ Listening for Madeleine: A Portrait of Madeleine L’Engle in Many Voices

, Thomas Banchoff (mathematician and professor at Brown University who even teaches a course called “Exploring the Fourth Dimension“) speaks of meeting her at a dinner in Feburary 1984 and discovering she had a completely different view of the science of the tesseract than he did. When asked if he thought she didn’t understand it, he replied, “No, not at all. It was just that she had an alternative view of the science. Hers was more like Star Trek, you know: ‘Beam me up, Scotty!'”

He goes on to clarify that her version of a tesseract was based on her belief that the world we live in has three dimensions of space and a fourth that is time, and tessering involved moving through the fifth dimension. In the end, he supports, though with hedging, the math and science of the book—emphasizing the fiction part of “science fiction”—and confirming that Dr. Murray is trapped in a hypercube (i.e., the cube-within-a-cube tesseract as it is more commonly known) in Camazotz.

Fine, you caught me. It’s not called “Cube 2: Electric Boogaloo.” Seems like it should have been. It’s actually Cube 2 – Hypercube

(familiar word yet?). We’re not talking the finest cinema ever, scoring a 45 percent from Rotten Tomatoes with 37 percent of the audience saying they were into it. But it has “hypercube” in the name, which means it meets the qualifications for talking about tesseracts in fiction.

Spoilers ahead… because I know you’re dying to rush out and watch this right now.

In the original movie, Cube, a guy wakes up trapped in a cube (we often call this “a room”) with hatches on each face, each of which lead to other rooms. In Cube 2, a woman is again trapped in the cube, but when she goes through a hatch, gravity is reversed. Others trapped in the rooms discover gravity is different in each room, things are just plain wacky in all of them, and declare that they’re in a hypercube/tesseract. In one room, they find a square floating, which turns into a tesseract. The tesseract sucks in one of the trapped victims and rips him apart. Then things get weird.

They discover the computer nerd who created the tesseract. It’s imploding. One of them jumps into the imploding tesseract. Look, I want to talk about the science of tesseracts in fiction, but I feel like it’s just not going to happen here. You can watch the trailer instead. It has lots of Matrix-style drippy numbers, so you know there are computers involved.

In case it turns out this really does get you excited, there’s a third movie that’s a prequel.

Fez is an adorable game, which you now have if you paid above average for the Humble Indie Bundle 11 last week. If not, it’s available for quite a few platforms (including Linux!) and will be available on PS4 at the end of this month.

You begin Fez in a platform-game-familiar, two-dimensional world. But it’s not long before you (as Gomez, who looks a lot like a pixellated Adipose from Doctor Who) meet a nice old man who gives you a fez and the knowledge that the world is actually three-dimensional. The puzzles you solve through the game as you collect cubes and anti-cubes depend on you rotating the world to reveal things you couldn’t see before.

Once Gomez gets his fez, he also acquires a friend named Dot, who follows him around and occasionally offers advice—or occasionally acts like she has no idea what’s going on. Dot is a colorful hypercube. See her helping Gomez in this video:

Those who didn’t read A Wrinkle In Time (where were you in elementary school?!) and skipped the advanced physics class may think that “tesseract” was a word made up for The Avengers. It’s a connecting thread throughout much of the Marvel Cinematic Universe films along with the recently introduced Aether and presumably the four other as-yet-to-be seen Infinity Stones. (We’ll see another this year in Guardians of the Galaxy.)

First, in Iron Man 2 (2010), Tony Stark goes through his father’s old notebook. (You’ll recall that papa Howard Stark designs some goodies for Cap in Captain America: The First Avenger, released the next year, but set in the past.) He finds a drawing of the tesseract, which you’ll notice looks a lot like the animation above:

The next year, the always-awaited post-credits scene in Thor features Nick Fury meeting Erik Selvig to discuss research in parallel dimensions. We see Fury checking out a glowing, crackling cube in a big metal briefcase, which he calls “power if we can figure out how to tap it…maybe unlimited power” (and, we assume, silently declares that he finally knows what was in the briefcase in Pulp Fiction). Later that summer in Captain America: The First Avenger, the Red Skull has a serious want for the Tesseract. Cap’s plane goes down, but good old Howard Stark rescues the cube.

In The Avengers, the Tesseract takes center stage and causes all of the drama. Then in Thor: The Dark World‘s post-credits scene, we are told the Tesseract is now in Asgard. It’s even mentioned briefly in episode “0-8-4” of Agents of S.H.I.E.L.D.

The movie version of the Tesseract is based on the Cosmic Cube of the Marvel comics. It can teleport things—perhaps similarly to L’Engle’s concept of moving about time and space. It can also either summon or produce large amounts of energy.

In The Avengers, Bruce Banner says that Loki had to heat the Tesseract to 120 million Kelvin to break the Coulomb barrier in order to use it to come to Earth. We’ll ignore the ridiculousness of them gazing upon this cube that’s several times hotter than the surface of the hottest stars. We’ll say it somehow tesse-mysteriously contains that heat. The Coulomb barrier is what nuclei have to beat to get a nuclear reaction party started. Presumably then, the Marvel version of a Tesseract is a very small nuclear power device that uses said power to create wormholes to other parts of the universe as well as potential plot holes and hilarity.

These are just a few examples. The fourth dimension pops up regularly, though tesseracts and hypercubes less so, and the meaning those words have is often less clear. There’s a book called The Tesseract

and a movie based on it, but it’s not science fiction, rather just a references to the intertwined storylines. There’s also a band named TesseracT

, though I doubt listening to their music will assist your time travel goals in any fashion. But hey, even Zephram Cochrane had “Magic Carpet Ride.”

Merry Christmas To All GeekMoms and Their Families!

Ready to ‘Get Pop-Cultured’ Again? 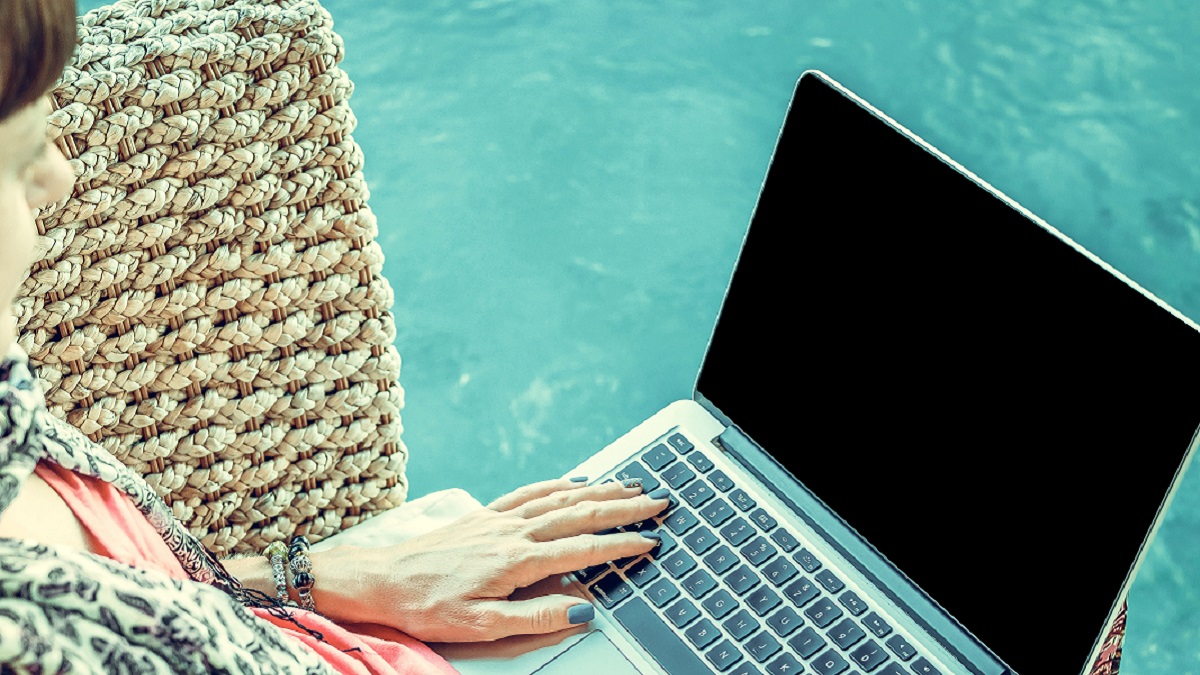 The Paradox of Summer Screentime

5 thoughts on “Tesse-whatsit? The Science-ish of Tesseracts in Science Fiction”