Happy Comic Release Day! Welcome to another installment of GeekMom Comic Book Corner, where we recap our adventures in comics for the week. Corrina enjoys looking at Lois Lane #1, Dakster dives into the latest Guardians of the Galaxy, and Sophie takes us back into the world of The X-Files.

This week, I picked up and organized my growing stack of comics that I’ve been too lazy to put up. While going through and putting things away, I realized I had at least two issues of Guardians of the Galaxy in there I hadn’t read. With the recent trailer still playing in my head and “Hooked on a Feeling” still loud and clear, I picked up the issue with excitement to catch up.

The issue is pretty simple in the fact that it’s a lead up comic to The Trial of Jean Grey – X-Men/Guardians of the Galaxy story arc where Jean Grey is taken and held for her crimes against humanity while she was possessed by the Phoenix force.

If you’re reading Wolverine and the X-Men this issue will help you understand why Jean was kidnapped and why Quill and his team made their appearance in the last issue. I have high hopes for the story arc even though I’m likely to just wait till it comes out in graphic novel format before I read it.

What I enjoyed about this issue was the interaction between Gamora and Angela. Angela’s “noble warrior” outlook is amusing when it mixes with Gamora’s “assassin” style. Personally, I’d love to read a one-shot with just these two going after some Marvel baddie in a “girls night out” kind of thing.

After years of DC Comics seemingly hoping Lois Lane will just fade into the background after they retconned out the super-marriage and marginalized her as a reporter (not to mention the various deaths), she’s back in full force in this one-shot out today. You should buy it. Not just to show support for a character that inspired me to become a journalist or because it focuses on Lois’ relationship with her younger sister, Lucy, but because it’s a pretty fun story, though not without flaws.

This story is sort of an origin for Lois in the new 52 universe, and it’s really two stories in one. The first is her growing up as a military brat, her difficult relationship with her sister and her father, and her strong and solid relationship with her late mother. The second is Lois at her investigative best as Lucy’s roommate has been taken by some sort of military-types. Lois promises Lucy to find her friend but it quickly becomes more complicated than that.

You won’t find Superman in this story at all. Lois is strong and capable and I really like who designed her clothes for this issue, as they avoid the overly revealing nonsense that sometimes afflicts all women of the DCU. The monsters (one of which is on the cover) are rendered in scary form and the action moves well. What prevents this story from being excellent instead of very good is some disjointed panel-to-panel storytelling that made me stop a few times and re-read. I’m not sure if that’s because of the number of artists on this title or not. I disliked being reminded of Lois’ current boyfriend, a cardboard character, but that’s hardly the fault of this story.

This is only a one-shot but if the issue sells well, DC may decide to feature Lois more. That’s the final reason to buy it. More Lois please!

Transformers is a franchise that has somewhat passed me by, so the thought of it crossing over with my beloved X-Files didn’t thrill me as much as some other issues in this series. I wasn’t entirely sure how the Gunmen were going to deal with seeing giant alien robots; after all the aliens on The X-Files were always significantly more subtle. Turns out they deal with it in pretty much the same way most of us would: First they’re confused, then they realize this is pretty “awesome,” and finally Langly starts riding around inside Bumblebee screaming, “yee hah!”

The artwork in Conspiracy: Transformers is somewhat darker than the previous issues which is in stark contrast to the dialogue, thus making the whole issue feel a little off-kilter. There’s some really beautiful full page panels and the lighting throughout the entire issue is spectacular; I think it’s by far my favorite artwork of the series so far although there are a few facial closeups that are dramatically off.

The dialogue is very light with a lot of humor and a few nice tie-ins to The X-Files. Mulder gets a short cameo too as he did in the previous issue; it would be nice to see Scully cameo instead for a change. We get a bit more added to the story arc with some explanation of what is going on regarding the mutated alien virus and how it has been developed but soon we’re back to the action with a good, old-fashioned raid on a research facility. It just wouldn’t be The X-Files without one! 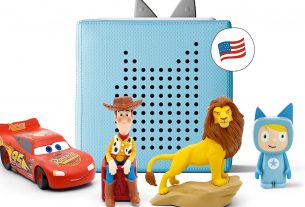 Wolverine’s Claws in my Heart