Last month, I attended a press junket at the Beverly Hills Hotel that included Emma Thompson, Tom Hanks, Colin Farrell, Jason Schwartzman, Bradley Whitford, and B.J. Novak. That’s a lot of star power to take in, but when they all broke out into a chorus of “Feed the Birds” from Mary Poppins I had to wonder if I was maybe in the midst of some strange dream. But no, it was real, and I have the recording to prove it.

The actors–along with director John Lee Hancock, writer Kelly Marcel and producer Alison Owen­–were there to promote the new film Saving Mr. Banks, which opened in wide release on Dec. 20.

The film tells the parallel story of how Walt Disney (Hanks) persuaded reluctant author P.L. Travers (Golden Globe-nominee Thompson) to let him adapt her Mary Poppins books into a film and how her childhood experiences growing up in rural Australia with a loving but unstable father (Farrell) informed her personality and work.

It’s always challenge to play characters based on real people, especially someone as well known as Walt Disney. We asked Thompson and Hanks about following the trail of breadcrumbs that led from the real-life figures to the big screen (the term “breadcrumbs” is actually what inspired Hanks to instigate the impromptu singalong), and they had some interesting thoughts to share about the challenges that presented.

I liked that you used “breadcrumbs,” you know, because it makes me think of Theseus and the minotaur and the fact that P.L. Travers was so fascinated with myth, and was a searcher all her life. So it was very breadcrumb-y, my search for her. She was like going into a maze. And round some corners you’d find this terrible monster. And round another corner you’d find a sort of beaten child. So she was the most extraordinary combination of things. And I suppose that was the scary thing, because in films–I don’t know whether my colleagues would agree–but we often get to play people who are emotionally, or at least morally, consistent in some way. And she wasn’t consistent in any way. You would not know what you would get from one moment to the next.

Thompson, who played a nanny herself in the Nanny McPhee films, also had an interesting feminist take on the nanny figure in popular culture.

I’ve always thought that Nanny McPhee [equals] Mary Poppins. So there’s a very real connection in the sense that, you know, the outsider comes into the place where there is difficulty and solves the problem using unorthodox methods, and then must leave. That’s a Western. And because women don’t have that kind of power, the Western form–which is a myth, an essential myth–emerges in the female world in the nursery.

Prior to the film, Tom Hanks met with Walt Disney’s daughter Diane Disney Miller (who just passed away this November) and received unlimited access to the studio archives and the Walt Disney Family Museum in San Francisco. He also relied on stories from people who worked with Walt, including composer Richard Sherman (played in the film by Jason Schwartzman).

I had a lot of video and audio I could work with. The only handicap there was a lot of it is Walt Disney playing Walt Disney. But even in some of that, and plenty of others, there is an ocean of cadence to the man, and that true sense that he believed everything that he said about his projects. And he completely embraced the possibilities of wonder in the movies that he was going to make as well as the rides he was going to come up with and the things that he was going to build.

Hanks said that at the time the film takes place, Walt Disney had already achieved success and become the figure that we’re familiar with today. Still, there were some aspects of the real man that came as a surprise as he was doing his research.

Walt Disney at this time in his life is very much already Walt Disney. He is the accomplished artist, industrialist, that he was. The nature of the surprises came down to how much of a regular dad this guy was. I mean, Disneyland itself came about because he used to spend every Saturday with his two daughters. And after a while, here in L.A., he ran out of places that he could take his two daughters. … And he was sitting eating peanuts on a park bench in Griffith Park and the girls were on the merry-go-round and he said, “God, there really should be place dads can take their daughters on a Saturday in L.A.” And from that, Disneyland was born.

Saving Mr. Banks takes some dramatic liberties with the true story behind the legend, but in the end, I viewed it as a thoughtful piece about the creative process and what we put of ourselves into our work. That’s something that resonated with everyone working on the film, and it’s something many of us watching can relate to as well.

Glow Sticks: Not Toxic Enough to Give You Super-Powers 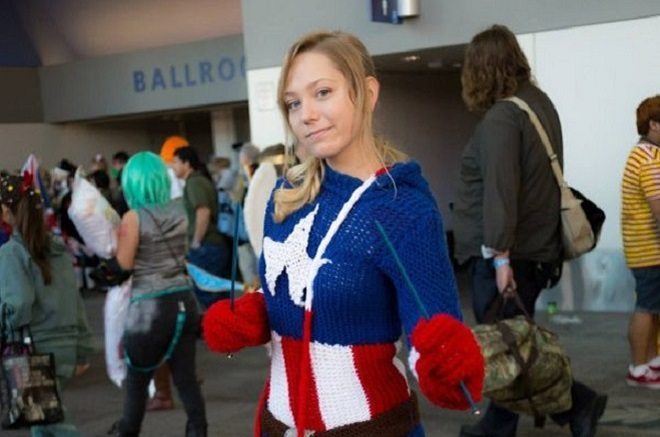