At New York Comic Con earlier this month, Marvel Comics announced a surprising relaunch of a book not even a year and a half into its run: Kelly Sue DeConnick’s beloved ongoing series Captain Marvel. At GeekGirlCon a week later, Kelly Sue talked to GeekMom about what that means for the series and character, starting with the last issue before the hiatus.

Warning, minor spoilers ahead for the current run of Captain Marvel.

Captain Marvel #17 is the first chance readers (and Carol) get to breathe after the whirlwind of “The Enemy Within” storyline and the “Infinity” crossover issues. “We didn’t get to see it because of the ‘Infinity’ tie-ins,” began DeConnick, “but [after losing her memory during ‘The Enemy Within’] she would have been in the hospital, she would have been re-learning who she was out of books. So she would read, like, here is a list of X-Men powers to memorize, and here is your basic history. She’s re-constructed this stuff, but she’s not felt it, she’s just learned it.” It takes the help of Carol’s biggest fan, said DeConnick, to rebuild her identity.

The double-sized issue is billed as an ode to the Carol Corps, who greets DeConnick with warmth and enthusiasm at every convention–including GeekGirlCon.

When the All-New Marvel Now Captain Marvel #1 begins in March 2014, Carol Danvers sets off on a new journey, but she won’t forget her home and friends in New York City. “The next arc is called ‘Higher, Further, Faster, More,'” said DeConnick. “The words are taken from Helen Cobb’s letter to Carol from the first issue, where she says that these are the traits she’s recognized in her sisterhood–although she doesn’t define it as purely feminine. We’re taking [Captain Marvel] cosmic. We’re not entirely abandoning her life in New York.”

Adventures in the cosmos seem like a natural fit for the character, who has long had her eyes on the stars, and seemed at home in the combat blasting off the pages of the “Infinity” tie-in issues. And while Captain Marvel might have a new focus in space and new allies in the form of the Guardians of the Galaxy, she’s still the Carol that the Corps adores. “I describe Carol as being heart-driven, and everything about her faces skyward,” DeConnick said. “That star on her chest is always to the sky, chin up, eyes up, heart up, arms open. Everything about her is trying to go up. Her approach to any problem is to try to go through it. She’s a juggernaut.”

DeConnick also reflected on what drives Carol upward, citing The Mercury 13: The True Story of Thirteen Women and the Dream of Space Flight, written by Martha Ackmann. In the book, “[Ackmann] is describing the part of Oklahoma that [aviator] Jerrie Cobb comes from,” said DeConnick, “and she says that everything in that part of the world is trying to take flight. And it’s so beautifully written. She talks about a discarded candy wrapper floating up into the air, and the signs on the side of the road shaking as they try to take off. And that so resonated with me.

“Re-launching Carol’s book, the idea of her, I want her to be like that sign post–everything about her wants to go up. So let’s let her go and see what happens.” 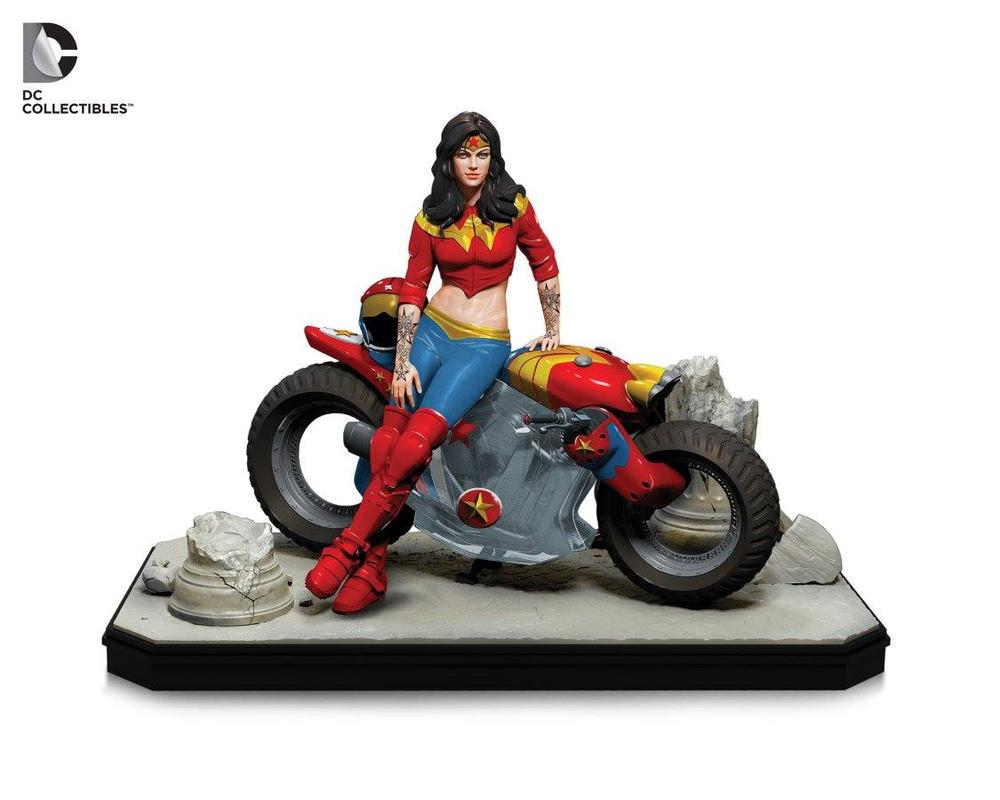