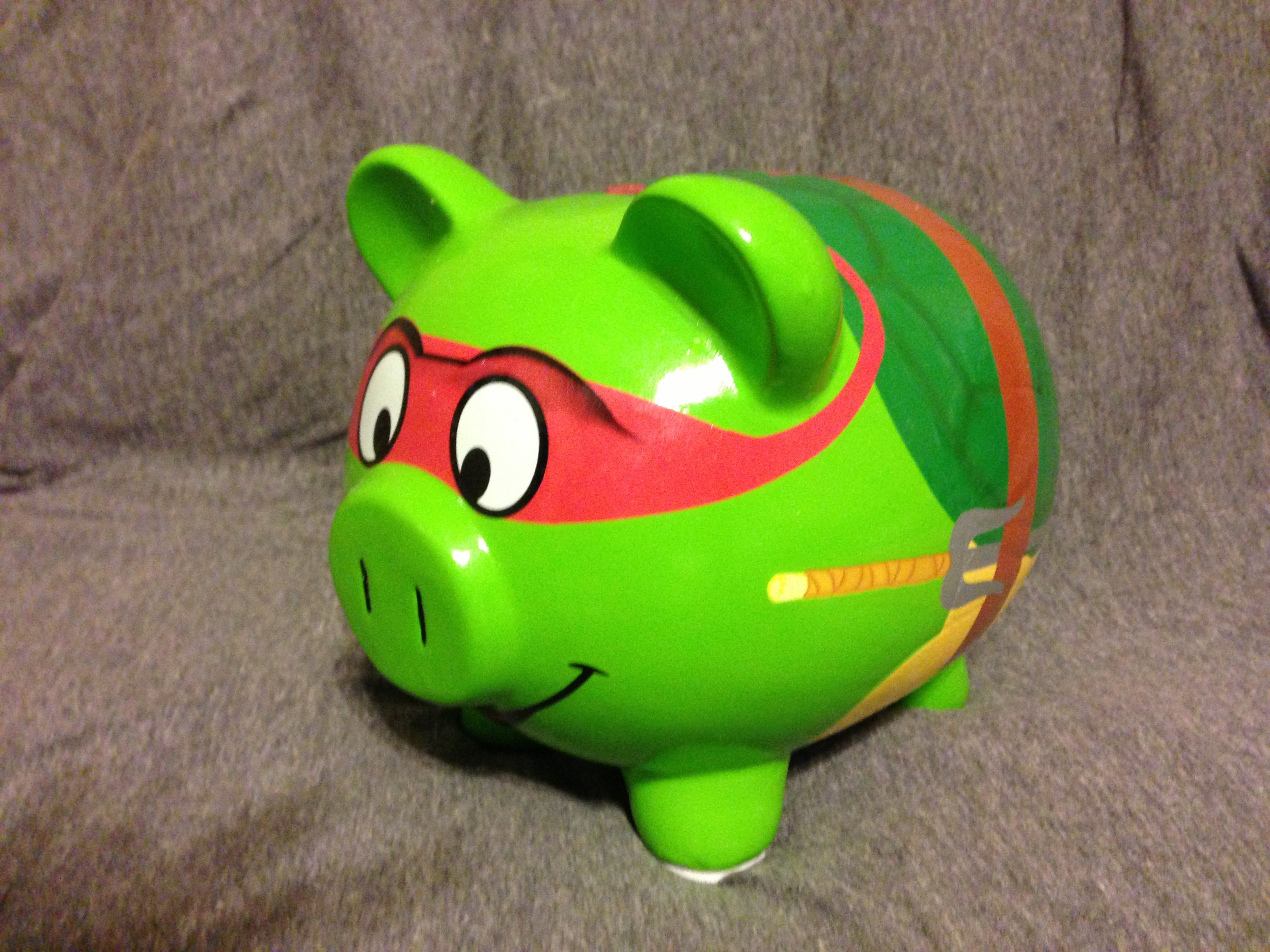 On my birthday, I was greeted to an unexpected box full of Teenage Mutant Ninja Turtles toys. It was a nice surprise to wake up from a nap and have a box of goodies to open. In the box were several of the latest action figures, a T-Phone, some ooze, a Lego Set, helicopter, and a really cool piggy bank.

The ooze was one of my favorites in the box, because of the watery feel it has. It didn’t appear to leave a stain when I laid it on my bed sheets, but I wouldn’t advise putting it on clothing for long periods of time. The ooze felt like it would slip right between my fingers, but it’s a little to thick for that.

Hidden within the ooze is one of four baby turtles, each with their weapon of choice (I received Raphael in my ooze).

My son’s reaction was pretty much the same as mine. He loved the watery feel the ooze has and he enjoyed pretending to pour it on the Raphael piggy bank to “mutate him.”

One recommendation I have is to keep a bowl or a plate close by when it’s being played with. I would also highly recommend everyone washes their hands after they are done playing with it. The ooze leaves a residue that, if it gets in your mouth, will take some major tongue scrubbing to make the taste to go away.

My other favorite was the piggy bank. It’s a nice sized bank and is painted up to look like one of the Turtles. My son tried to claim this one, but I was quick to tell him it was “Mine. Mine. Mine!” The feet have a little piece of cushion on them, so no worries about it scratching any furniture.

My son loves the helicopter and quickly claimed it for himself. There is some assembly required, but it’s nothing major. The instructions are clear on what goes where, including the stickers. Something that is neat (and maybe a little messy) about the helicopter is that it has two spots in which to put ooze, so you can dump it on your action figures. Only the smaller sized action figures will fit in the helicopter, so keep that in mind when looking for a Turtle figure to fit inside it.

The T-Phone is cute and looks very similar to what is on the show. I was a little disappointed to hear the voices were not from the series. Each of the Turtles sounds like it’s done by the same actor.

Fishface and Donatello were a little bigger than I expected them to be. Fishface looks pretty accurate to what you see in the show. My son’s first reaction was “FishFace looks stupid.” I had to remind him that he looks stupid in the show too, so they did a good job on the action figure. I actually like FishFace because he’s bright in color and his legs are just super cool looking. Donatello can flip his bow staff around and has a great “battle” face on. I couldn’t get the bow staff flip to work on Donatello, so I would stick to getting the regular Donatello at the toy store.

The Turtle Attack Sewer Lair is a neat (and a little complex) Lego set. It was a blast to build and my son loved the finished product. If this set is a little too big for your child, check out Shredder’s Dragon Bike. It’s a much smaller set and it’s really fun to play with.

I feel like a kid again with all these wonderful Teenage Mutant Ninja Turtles toys.

In the future, I’d love to see some toys that focus on the individual characters strengths. For example, a science kit that comes with Donatello or a party kit that comes with Michelangelo. For now, I’m happy with the selection they have and I look forward to more Teenage Mutant Ninja Turtles toys in the future. 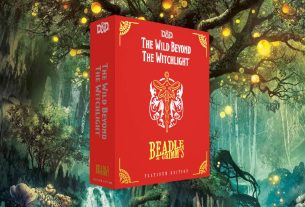 GeekDad: Journey Through the Feywild in Style With Beadle & Grimm’s Platinum Edition of ‘The Wild Beyond the Witchlight’ 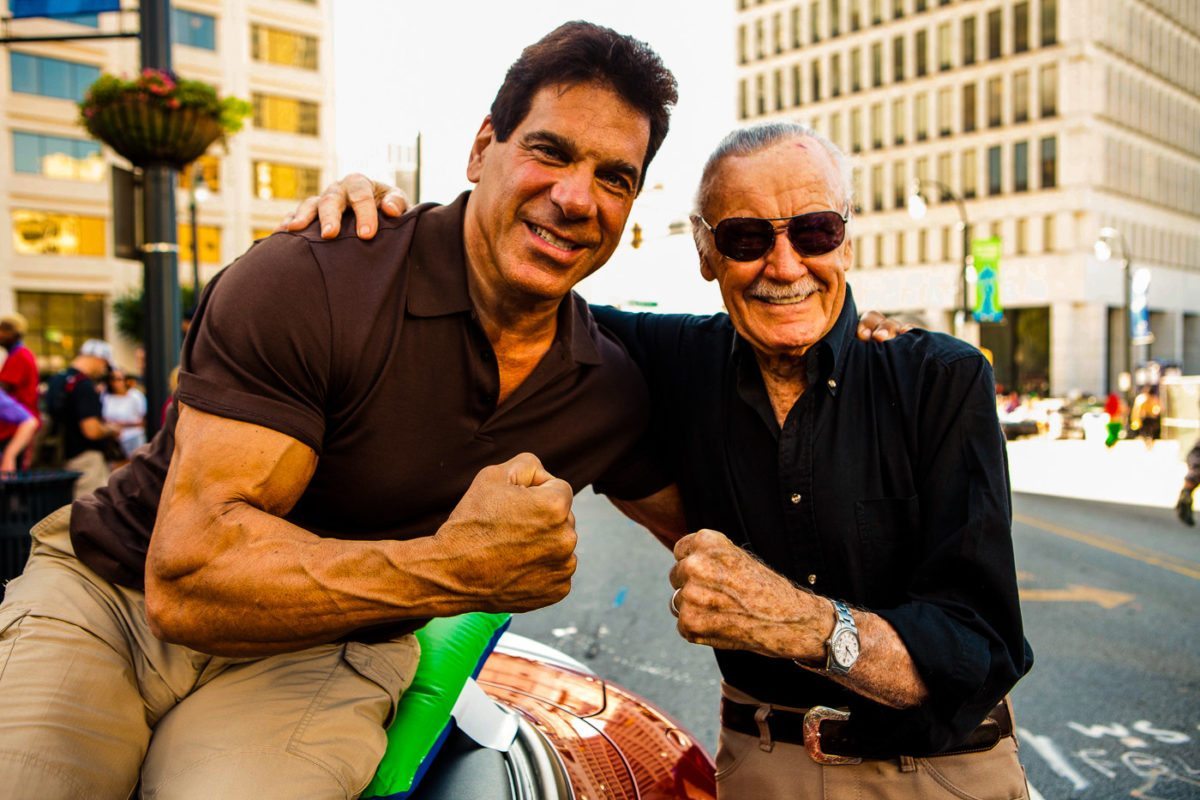