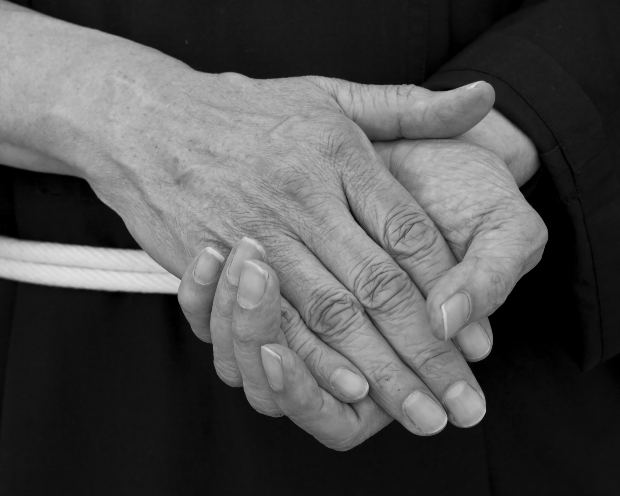 It’s not easy to keep up with new research. You can read a variety of online and print sources, going directly to a study when it can be accessed. Chances are you’ll develop some healthy skepticism. Even if studies are funded without ethical conflict, even if scrupulously designed and conducted, the way scientific findings play out in the media is often muddied.

So I wasn’t surprised to read the description of a documentary showing at the recent Cleveland International Film Festival. The film, titled Do You Know What My Name Is? is said to showcase a “learning therapy that can reverse symptoms of dementia.” The word “reverse” is pretty big when we’re talking about dementia.

We know Alzheimer’s disease robs us of our loved ones and deprives our culture of the elder wisdom we so desperately need. One in three seniors dies with Alzheimer’s or another form of dementia. Aside from the horrible human toll, Alzheimer’s is the most costly disease in the U.S. So if there’s a noninvasive, nonpharmaceutical intervention, it should be practiced everywhere possible. The documentary shows a technique called the SAIDO Learning method in use at the Eliza Jennings nursing facility in Cleveland. Developed by neuroscientist Dr. Ryuta Kawashima, this method has been available for over a decade in Japan. In the trailer we see seniors filling out worksheets and doing simple counting tasks with the assistance of support staff. A voiceover describes the program’s basics.

People with dementia are engaged in a treatment of reading, writing, and calculating for six months. The goal is to regain some of their independence and dignity, to return for a time, to themselves.

There is currently no trailer available without subtitles. And there’s very little online about the SAIDO Learning method. It’s pretty easy to find links to Kawashima’s research. He’s a busy guy. And he’s gotten a lot of press for developing a series of video games for Nintendo such as Brain Age: Concentration Training. He’s also an advisor for similar games including the Body and Brain Connection for Xbox. You can find his most recent in a series of Train Your Brain books on Amazon as well as what might be a handbook for his SAIDO Learning method, Learning Therapy, although it’s currently out of print.

You can also find little to support the overall benefit of such brain “exercises.” Those on the pro side were actually small studies,  limited to very specific improvements. There’s much more on the con side. A few years ago the Alzheimer’s Society teamed up with BBC to launch a Brain Test Britain study. Over 13,000 people participated. The results weren’t promising. People under 60 got better at the individual games, but their overall mental fitness didn’t improve. An expanded study to test those over 60 is still being analyzed but it doesn’t sound like breaking news either. Another study is coming out that refutes the basic assumptions made by brain training programs.

So what are we to make of the SAIDO Learning method? There don’t seem to be any significant studies on it, studies where control groups experience the same level of concentrated attention and feedback from caregivers as given to the program participants.  The documentary trailer ends with the lines, “They can come back. They can get the light back into their eyes.” That’s exactly what any of us want for people suffering from dementia. If it takes filling out worksheets and answering questions with supportive caregivers, I’m all for it.

But I’m pretty annoyed by proprietary programs such as SAIDO Learning. The program isn’t available for use in the home. Only in long-term care facilities where potential clients are lured claims that the program can “reduce and even reverse symptoms of dementia” while warned that people who discontinue participation are likely to see dementia symptoms “return and increase.” If the program spreads, profits will too, especially when the number of people suffering from Alzheimer’s disease may triple by 2050.

I like inspiring documentaries as well as the next person. I know keeping the brain active with new challenges is important throughout life. I just don’t appreciate promises wrapped up in hype when we’re talking about something as cruel and unrelenting as Alzheimer’s disease. 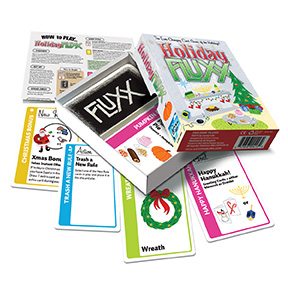 Gaming This Christmas With Holiday Fluxx

1 thought on “Method For Reversing Dementia?”