Happy Comic Release Day! Welcome to another installment of GeekMom Comic Book Corner, where we recap our adventures in comics for the week. This week we talk He-Man and the Masters of the Universe Issue, Avengers Assemble and Library Wars: Love & War.

He-Man and the Masters of the Universe,a  six-part mini-series, has been an amazing ride so far. In this series, He-Man’s world is not as it should be since Skeletor went back in time and screwed with everyone’s future. In each issue we see Adam (and eventually Teela), face off against one of Skeletor’s henchmen and get one step closer to dealing with Skeletor himself.

This issue focuses on Teela and Adam’s run in with Evil-Lyn and her Warlord, Man-At-Arms. Seeing Man-At-Arms fighting against Adam and not remembering Teela was interesting to say the least, but I could still see a sparkle of his old self trying to come through. Eventually, he, like Adam and Teela, starts to remember things of his former life, before Skeletor changed the course of history. The issue ends with a really good cliff hanger and I’m eager to see what happens next.

As far as the series goes, She-ra is absent from this world, and since I know absolutely nothing about the character, I’m not missing her. Skeletor is true to his evil roots in his dialog and his attitude towards his henchmen’s failures at killing Adam.

I’m really enjoying Teela’s character and I’m also very thankful the artists have taken the direction with her that they have. Even when a situation calls for her clothes to be a little more revealing (like when she is hung upside down while wearing a Tarzan like skirt), they don’t show too much of her skin. I feel they are really respecting the character and her body by not going all sex crazy with her attire and look.

The side story series, Masters of the Universe, as also been enjoyable and informative into the main characters back-stories  My favorite issue so far has been Orkos. I don’t know what I enjoyed more, the art or the banter between the characters.

If you are a fan of He-Man and the Masters of the Universe, I highly recommend you check out this series. On a side note, I’ve heard a movie is in the works and in my opinion, if those in charge have any sense, they will look to this series for their inspiration on how to do it right.

After reading the new Captain Marvel series, I’m a fan of writer Kelly Sue DeConnick. When I heard that she was taking over Avengers Assemble, I followed her there and picked up the latest issue last week. With fantastic dialogue reminiscent of the Avengers film, and a good-natured face-off between Tony Stark and Bruce Banner, this is a great issue to get into the series.

Avengers Assemble #9, written by DeConnick with art by Stefano Caselli, is part of the Marvel Now! relaunch. The new story arc also brings Spider-Woman Jessica Drew into the mix, who is a welcome addition; I used to be a big fan of the character, and it’s nice to see her join in the fun here. (Go Team Sad!) Carol Danvers is also in the issue, and I’m hoping to see her get in the action more as well. Kelly Sue DeConnick mentioned on her tumblr page recently that the two will also be pairing up in future issues of Captain Marvel, so I’m already looking forward to seeing that.

As long as Kelly Sue DeConnick is involved in Avengers Assemble, I’m happily along for the ride. If you enjoyed the movie, I recommend giving this issue a try.

have brought this series to a new level. Kiiro Yumi has started to explore the side characters, and they aren’t filler. Shibazaki is the roommate of our main character Iku. Shibazaki is the prettiest girl in the library, popular, and extremely intelligent. Iku has relied on her in past situations needed a quick mind. In Volume 6, we see how being pretty has caused Shibazaki to distrust most women, who have only tried to jealously destroy her. Iku is not like most women, and their friendship is wonderful to read. This volume takes place on Valentine’s Day, which is celebrated in Japan, but in a slightly different way than in America.

Volume 7 puts Iku back in the spotlight, but she is accused of book burning by a jerk employee, who uses her as a scapegoat and then runs away. Only Dojo’s faithful team is keeping Iku from cracking under the constant interrogations and pressure from the higher authorities. Hikiru’s family past is catching up to him, and he suspects is behind the accusations on Iku. The graphic arrangement of panels, the quality of the art, the distinct character dialogue, and deepening plot have really given my kids and I a new manga to love. Check it out!

Free Audio Storybooks: Get an Educational Tales2Go Subscription by January 15! 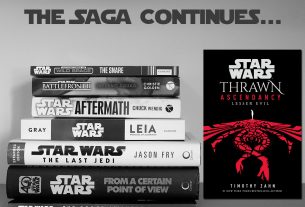