Kickstarter published a blog post last night with some new rules for projects in their Hardware and Design category. They wrote it under the title “Kickstarter Is Not a Store.”

While the title is true, I don’t think the changes address that particular problem.

Kickstarter is meant to be a 21st-century version of patronage–people with means offering support to people who create. It is not meant to be a place to do your Christmas shopping. If it so happens that the product resulting from the project you supported shows up in the time frame you were hoping for, that’s even better. But this is about helping someone whose project you believe in. There’s no Amazon Prime delivery, and Kickstarter projects are inherently risky. Supporting projects is not the same buying products–the project might fail, and you might lose your money. If that’s unacceptable to you, then you should step away from the “Back This Project” button.

The first change Kickstarter has implemented does address the problem of people thinking Kickstarter is just a way to get a cool thing first. Creators are now required to answer the question, “What are the risks and challenges this project faces, and what qualifies you to overcome them?” That’s an important question that should have been asked of every project from the beginning. Many have answered it in their descriptions anyway, as it offers the supporters full transparency into the projects they’re backing.

The rest of Kickstarter’s changes attempt to step around helping supporters understand the purpose of Kickstarter and the clear distinction between shopping and supporting in favor of restricting the creators and the benefactors who understand what they’re putting their money into. Projects posted in the Hardware and Product Design categories have two additional rules:

Kickstarter calls these rules “guidelines,” but I think that word suggests that you don’t have to follow them, whereas they clearly intend them as strict rules.

I do agree with and understand their motivation. Kickstarter writes in that post, “Products should be presented as they are. Over-promising leads to higher expectations for backers.” Explaining risks and challenges should take care of that.

The real problem is supporters who misunderstand what stage a project is in and what they should expect out of it.

I have no problem with a project clearly telling potential supporters something like, “We would like to add a blue widget to this device. It would look like the rendering below. However, we’ve discovered that our manufacturer is only able to produce red widgets at this time. We’re working on a solution, but the final product may not have the blue widget.” Under the new rules, however, that rendering would be prohibited.

An additional new restriction prevents projects from offering multiple quantities of a product for a reward. There have certainly been cases of too much success in which projects found themselves unable to produce at the quantities requested from their Kickstarter backers. But this restriction harms those who have done their research and are able to predict the quantities they can produce. They’re prevented from offering higher donation levels with the simple reward of “two of our gadgets.”And if their production relies on a minimum quantity that could be more easily met by offering multiple quantities, they’re stuck trying to reach more supporters rather than the potentially easier approach of luring fewer supporters at higher levels.

Some commenters on the blog post even said that there were projects they had supported only because they could receive multiple quantities of the item. On the other hand, the rule does nothing to affect those who have not done their planning work, since there’s nothing to say that they’ll still be able to fulfill the requests for single items and may fail to meet demand anyway.

My prediction is that these new rules will reduce the number of hardware projects we see on Kickstarter, turning it more and more into exactly what Kickstarter says they don’t want it to be: a pre-order store.

Fewer hardware projects means more of other types of projects, like ones that are clearly just pre-orders of books, marshmallows, or t-shirts. There are other places to do that on the web. The beauty and importance of Kickstarter are in the way it makes a project possible for someone who simply had an idea. It’s in supporting the actual process of creating, rather than just having a place to take pre-orders. The proliferation of the latter is exactly why Kickstarter is having this problem to begin with.

It’s up to supporters to choose whether a project in its early stages is worth supporting, or if only those with fully functioning prototypes and a complete manufacturing and order-processing plan in place are right for their budgets and preferences. By adding these restrictions, Kickstarter is trying to reduce the number of complaints from people who don’t understand what they’re putting their money into instead of fulfilling its primary mission, which should be to support creators and the backers willing to fund those creators’ projects. 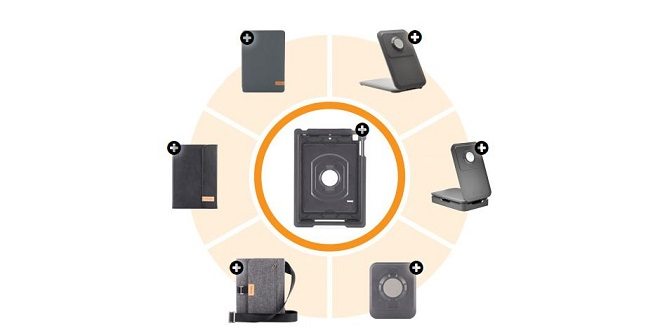