Almost a year ago I wrote a post about Oscar Pistorius, the amazingly talented South African runner, who happens to be a double amputee. At the time Oscar was in the news for being allowed to run with the able bodied athletes in the World Athletic Championships. It was an exciting day for Oscar and an exciting day for all the amputees who root for him and feel a little more ‘able’.

I’m one of those amputees.

I lost my leg eight years ago, after struggling with a deformed foot most of my life. I’ve never been able to be athletic, but I’ve come closer to an active life with this bionic foot than I ever did with my old flesh and bone foot. Watching Oscar run inspires a lot of people, but none more than me, someone who understands all the ins and outs of living with a prosthetic leg.

Oscar is now headed to the Paralympics. Oh, and he’s also on the regular Olympic team. He’s the first man to ever qualify for both. After barely missing the cut off time to run in his favorite race, the 400, by a fraction of a second, he was thrilled to be picked to run on the relay 4×400 team. And since he was on his way to London anyway, his country’s governing board decided to allow him to run the 400 individual after all. Oscar’s dreams are coming true.

Some argue that he has an advantage over other runners, because he’s using technology to run. But technology can only take you so far. I love the foot I’m wearing on my prosthetic leg. But the foot is only as good as the fit of my socket and the health of my residual limb, which is susceptible to skin break downs and blisters.

Oscar deals with these same issues, but on a grander scale. His day long training sessions, that go on for weeks and months at a time, are putting his  legs through much more stress on a daily basis than I am with my trips to the grocery store and hauling laundry up and down the stairs. I’m honestly in awe that he can run as well as he can, aside from the fact he’s meeting the same times as able bodied runners.

The world is changing quickly, in prosthetics and in sports. Oscar may be the first amputee to compete next to able bodied runners, but something tells me that he might not be the last. It will be interesting to follow Oscar’s story as he heads to London but it will also be interesting to see what the next decade holds, for Oscar and other disabled athletes. 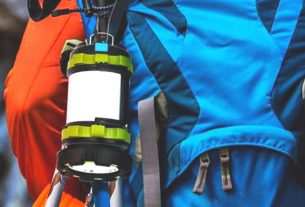 The One Ronnie: Tackling Comedy in the Era of Technology.