It’s not a secret that we’re a Lego family. I’ve written about Lego products and programs many times in the past. With three boys who’ve collected tubs of bricks for 15 years, we practically have our own mini Legoland around here. When the opportunity came up to see what a Lego KidsFest was all about, I jumped at the chance.

Lego KidsFests is a Lego Expo that travels around the country. We caught up with it in Denver, but there are still pending dates in Milwaukee, Austin, Detroit, and Pittsburgh. You might be inclined to believe it’s just going to be another marketing ploy by this company that seems to keep finding ways to suck those dollar bills out of your wallet. I have to admit that thought floated around in the back of my mind too. But let me tell you why you, and your building child, will experience so much more than a cruise through the company store.

1) You buy tickets for a ‘session’. This keeps the crowd numbers under control and creates more room for spreading out when the inspiration to create strikes with a vengeance.

2) Which leads me to one of my favorite parts of the show – opportunity. Every time we turned around there was a child (or adult) sitting on the floor, building something. While there were many organized stations, which stressed different kinds of building, there was also a lot of opportunity for people to strike out on their own, and just create whatever they wanted.

3) With so many hands dipping in so many buckets, one of the smartest things Lego did was to place big bottles of hand sanitizers all over the building. From what I saw, every station had one, and as a mom who takes care of kids when they get sick, I was thankful.

4) Another friendly gesture was the banks of chairs. Inevitably there were going to be long stretches of time where my main job was to wait. Each station that drew my boys in made them want to stay for a long periods of time. Although I would suggest they offer even more chairs at their upcoming shows, I was usually able to find one when I needed a break, and was surrounded by grateful mommies with little ones in strollers, and grandmas and grandpas who needed just a quick respite.

5) Throughout the area we ran into two different kinds of display cases. The first kind was filled with things that children had made. What a kick it was for my son to add his own pieces to the fancy glass cases.

The second kind was filled with elaborate scenes, showing how you can use pieces from all kinds of sets to make exciting, action packed stories. I saw many parents and children spending long periods of time examining the scenes and pointing out unique features to each other.

6) Even in the midst of the big controversy as to whether it’s right to segregate boy and girl bricks, the Lego Friends area was buzzing with activity, as boys and girls alike created with the stimulating new colors like pinks and purples.

Now let me see if I can tell you about the many activity areas without making this post run into tomorrow.

Some of my favorite spots were the many monochrome building areas. It was amazing to see what the challenge to only build in one color, with only square and rectangle bricks, could inspire. I loved seeing the revolving creations in several stations, with several color options, including the fun new pink bricks.

The Art Gallery was a way to think of Legos in a new way. Each person got a flat white base, then dug through a tub full of small bricks. It was fun to see what each person came up with and I have to admit I had a sense of pride as I placed my finished creation on the big community wall.

My boys were drawn into the Create A Story area and spent a lot of time there. In the center was the basic build of what seemed to be a city long block, but with different themes, like space, sports fields, and city buildings.

Huge tubs of bricks offered kids a chance to add to the ‘story’, and place their finished products within the scenes. My 15 year old, who was taller than most of the dads, was pleased when his space craft creation was instantly snatched up by a thrilled little boy, who proceeded to zoom it all over ‘town’.

One area that should not be missed was the gigantic outline of the United States. Through the whole session helpers encouraged kids to make buildings, vehicles, and interesting scenes to add to the outline. By the end of our session, the map was almost complete, filled with all sorts of interesting creations, including many types of boats, that hovered around the coastlines.

I think I used the sit-n-wait chairs the most at the car racing station. Several ramps had been set up, surrounded by tables loaded down with buckets of pieces and wheels. My boys spent a very long time constructing the perfect car, so they could go try it out next to the cars other kids were building. Who knew something as simple as a ramp could keep kids busy for so long?

My son has been thrilled with his subscription to the Master Builder Academy and throughout our time there, several hands on teaching sessions took place, run by Lego Master Builders. A raffle ticket system decides which kids get to sit inside the inner circle and be personally taught how to build more stable creations, along with building tricks the Master Builders themselves use.

After a teaching session, the kids go to tables that line the areas and try out the techniques they’ve just learned. The Master Builders walk through the tables and comment, encourage, and suggest ideas to each child.

And of course what would a Lego Expo be without a huge (no, I mean really HUGE) pile of Lego bricks. There was a Duplo area, for those inclined to put bricks in their mouths and a much bigger pile of regular sized bricks. My son had fun digging a hole in the millions of bricks and covering his body with one of his all time favorite toys. This pile was covered all day, with parents and kids, who just couldn’t resist sitting on a pile of bricks while building with them.

Of course at any Lego event you’ll find the statues. In our gallery we saw many amazing Star Wars creatures, an adorable Sponge Bob, a glorious Bat Man, and life sized Harry Potter characters. The gallery was constantly filled with parents taking pictures of their kids next to their favorite statues.

Last but by far not least was the Activity Areas, which rotated through fun games related to Legos. Some were led by Master Builders, and some by helpers, but they were all fun to watch. Near and dear to my own heart was the vacuum race. Tiny bricks were scattered around the floor and teams of children used small sweepers to see who could collect the most in one minute. If only I could get those same eager kids to visit my son’s room once a month, to get some control over his Lego covered carpet. Another exciting game was the bridge building. In the center of the activity area there were two towers. Each team of kids had a couple of minutes to build a bridge that could hold the most weight. Master Builder Chris was an expert at ramping up the anticipation, as he and a helper slowly tested each bridge with increasingly heavier weights.

I couldn’t help but think that hundreds of little kids were going to return home and build their own challenges. Maybe their team didn’t win, or they didn’t even get to be on a team, and were mere spectators, but the idea had been planted. What would it take to build a bridge that could hold twenty pounds? Hundreds of kids across the Denver area will be finding out this week, in their bedrooms and back yards.

Which is probably why this post feels more like an advertisement for Lego than a review of an Expo. I’ve always been a fan of this toy that keeps my kids thinking and building for hours at a time. Many of the toys that have cycled through our house have broken, been worn out and set aside, or lost their toy store zing. But never the Legos.

When we go to an event like the Lego Kidsfest, the passion is reunited. I took only two of my boys with me, an eleven year old who skipped over Duplo because he had two significantly older brothers, and a fifteen year old who generally only cares about mountain bikes these days. Both have enjoyed their bricks in the past, and the younger one still has a room full of them. But what I saw at the Expo made my heart happy.

Each station drew them in. They got lost in the possibilities, whether it was in the Create A Story booth, or the monochrome build. They saw new ideas and took mental notes that they’ll use for weeks and months to come. I know it sparked something in them because for the next three nights I had to pry both of them off the floor, surrounded by Legos, and send them off to bed, usually past their bedtimes.

Yes, there was a Lego Merchandise store in the arena. And there were lines of people purchasing new stuff. But the bulk of this Kidsfest was about inspiring kids. There wasn’t a push to buy the next biggest and better piece or set. Most of the activity areas were filled with bricks that most of those kids already owned. They could easily (and cheaply) transfer their new skills and ideas to their own collections.

We were given tickets to attend, but I can honestly say I would have paid full price to go to this show, now that I know the impact it would have on the builders who live in my house. If you want to attend one of the remaining shows (Milwaukee, Austin, Detroit, and Pittsburgh) I’d advise you to buy tickets early. The Denver show sold out quickly and there are limited spots available in each session.

It’s a show your own builders, young and old, will not soon forget. You’ll see the evidence in the growing collection of Lego creations that will suddenly fill their rooms. 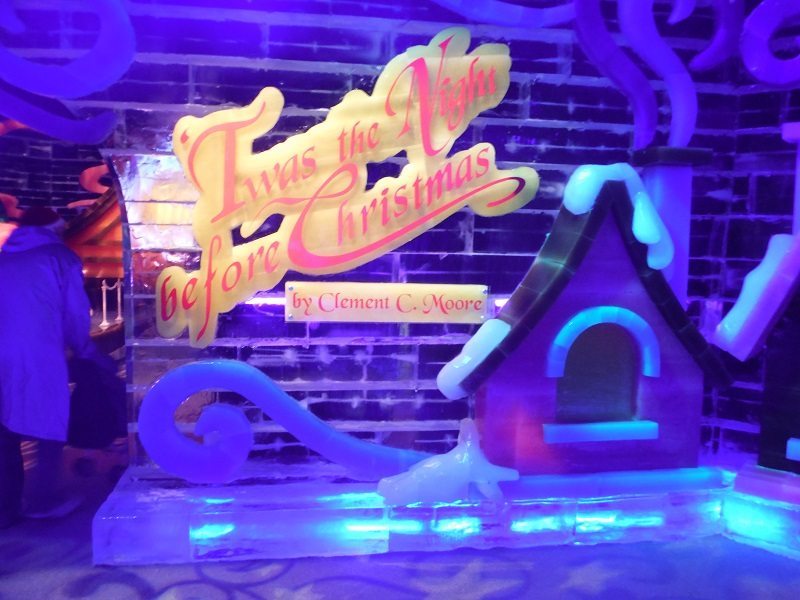