I thought we’d already seen it. Last year we watched Planet Earth on our new HD television and I felt like an old timer as I stared at the screen, jaw hanging open, muttering phrases like , “Wow…..look at the details…it’s amazing…wow…”  I had never experienced nature in such a vivid way, at least the nature that I mostly don’t have access to in person.

So when the commercials for Frozen Planet started to catch my eye, I only half paid attention. We’d been there, been amazed by that already.

But I am pleased to say I was wrong. This new series, Frozen Planet, airing on The Discovery Channel, is worth catching, maybe even a few times over. It airs on Sundays at 8 pm, and if you didn’t catch last week’s episode, you’re in luck. There are six episodes left, including one that I am especially looking forward to, called The Making of Frozen Planet.

After being mesmerized by the first episode, we hit the website and spent only an hour or two cruising through the ‘making of’ clips that are offered there. Each one inspired us to click on the next. I mean, come on – have you ever seen footage of an underwater icicle forming so fast you can see it with your naked eye, so fast that it envelopes sea creatures that are not fast enough to get out of its way?

Or killer whales, working together to make waves big enough to knock a sea lion off an ice shelf, so they could eat him for dinner?

The clips on the Discovery Channel website, showing how these animal interactions were captured, are worth the distraction.

GeekDad Matt Blum was a step ahead of me and wrote a great post about this amazing show, which I obviously should have paid more attention to. So learn a lesson from me. Set your DVR, or gather your kids around the set, and don’t miss this amazing show. Whether you have an HD television or not, you won’t regret it.

Farewell To Our Sponsor, Black Phoenix Alchemy Lab, Aboard a Dirigible 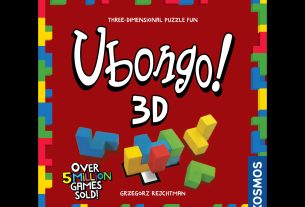