My Dad was an engineer so I had lots of toys for which building was a part of the playing. We had an infinite number of Legos and Tinker Toys and an Erector Set that sort of scared me in it’s complexity. In fact, I don’t remember doing much with that one, although I remember my Dad building things. Ah, I see what he did there, sneaky bugger. Even with him stealing my toys, I had a fantastic time building stuff.

I say “stuff” because it describes the kinds of things that kids build. I made a few neat and tidy square homes and the requisite ladders, but most of what I built was entirely out of my imagination and therefore completely undefinable by any adult standards. I once made a Tinker Toy creation that led all the way from the living room, around a corner and into the kitchen. It had nine bazillion plastic flags and wooden bits sticking out of it at every angle and I called it “Sticky”.

The problem with Sticky was that he was underfoot. Despite maneuvering around him for several days, a nearly disastrous tumble over a particularly large bit as my Dad walked out the door to work one morning resulted in the dismantling of my creation by dinner. Yet, as much as I loved Sticky and playing with Tinker Toys, they paled compared to Lincoln Logs.

They came with a little book, which my kids are this minute looking at, that described all the ways you could build your cabin, including roofs and barns and corrals so you could herd animals. I used to stack the smallest pieces in funny shapes and make them cows. Come on, imagination people. Two of those with one for the body and one for the head and you have a cow. Or a horse. Or an oversized dog depending on your needs.

Shortly before I had kids, while I was in Walt Disney World, I encountered a table full of Lincoln Logs there for the playing. A whole bunch of kids were keeping themselves busy as they waited for a table and I wedged my way in so I could build a house. I made it small, using only twos as I thought of them, as opposed to the really long logs which are fours. I don’t have any idea if that’s the right lingo but if you’ve ever played with them then you know exactly what I’m talking about and if not, go buy some right now.

As I was happily building my house and hoping they didn’t call me before I finished, I discovered something shocking. There were no roof pieces. I scanned the table and saw not one thin green slat mixed in with all the logs. And then I saw a kid pick up a giant red plastic thing and placed it on top of his building. The roof was no longer slats but a preformed monstrosity that sat perfectly on the house. Heresy!

How were kids going to learn the true value of quality workmanship without having to carefully balance the long green slats, one at a time, to create a roof? How could they learn to have a steady hand when reaching in to add tables and chairs? This ridiculous red thing was cheating!  I abandoned my house and immediately pointed out this atrocity to my husband who agreed. I’m not sure if he really agreed, or if I had the crazy-eyes and he just didn’t want me to kill him. Either is possible.

Thankfully, my Mom saved my Lincoln Logs with the green slats that are impossible to balance, easy to break, and lethal weapons once they’ve been snapped in half. Truly, you could stab a vampire through the heart with a broken roof slat. In other words, they’re freaking awesome! I’ve since discovered that you can now by Classic Lincoln Logs but don’t be fooled. These slats are big fat things that are nothing like the flimsy slats of old. If you want real Lincoln Logs, you’ve got to search through dusty attics.

So, thanks Mom, for saving the toys I forgot I loved until I had my own kids. Now we can joyfully build slat-roofed cabins and oddly shaped animals, and have plenty of weapons should the vampires attack. 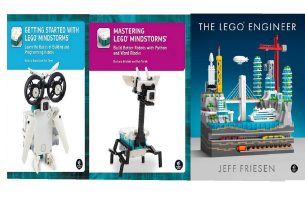 11 thoughts on “What Happened Lincoln Logs?”