What do you do on your anniversary when you suddenly find yourself with a babysitter on a week night, a few extra hours and cash in hand? Why you sit in Starbucks, drink cider and check out two new games from Looney Labs, that’s what!

My love of the card game Fluxx is certainly no secret, having played it for years and reviewed Pirate Fluxx already for GeekMom. I consider myself fairly well versed in its intricacies regardless of the edition at hand. Star Fluxx, released on September 30,  however, is a whole new ball game. Well, actually it’s the same ball game but with a superior field, superior equipment and an extra dose of humor. You can view the rules on the Looney Labs website but the premise of the game remains unchanged from its original incarnation. Basic rules are that you start with a hand of three cards, then you draw a card and play a card until someone changes the rules. I love that every time you play this game something new comes into the experience.

has now done the impossible and surpassed Monty Python

as our favorite version. Getting past the aesthetic joy in the old style Trek font of the card titles, it’s the cheek of the game that gets me. In fact, I’m not quite sure how this manages to remain immune to copyright, so blatant are the references. For example, one of the Goal cards is “42” in which you win by having  the Intergalactic Travel Guide and the Computer Keepers. The screen of the Intergalactic Travel Guide reads “Remain Calm.” For those of you with no working knowledge of Douglas Adams, perhaps the Expendable Crewman card (pictured to the right) or the Unseen Force will tickle your funny bone. Of the new action cards, my personal favorite would have to be the Sonic Sledgehammer. Where some of the cards in Pirate Fluxx left us wanting more, Star Fluxx only left us wanting to play more. , also released on September 30, my first thought was – stocking stuffer. It may be that after two hours of chess this was the perfect fast-paced antidote, but this game was thoroughly enjoyable and drew many questions from those gathered at our local Starbucks for that night’s poetry reading. You start with two sets of Looney Pyramids

, described by Looney Labs as “not so much a game, as a game system – like a deck of playing cards, a set of components that can be used to play all sorts of different games.” With Ice Dice, you receive the basic rules as well as the rules for Launchpad 23. While we preferred the basic rules to the alternative, we were very excited to find out that you can obtain many different sets of rules from Looney Labs. As a game designer wannabe, my husband was intrigued to learn that he could take the pieces, make his own game, and submit it to Looney Labs. I predict many more evenings in Starbucks.

With Ice Dice the aim of the game is to get three Trios, that is to say, three pyramids comprised of three sizes of each of three of the five colors. You do this by rolling the dice and putting pieces on deck before you roll the same color again and bust. If you bust, all pieces earned on that roll get sent back, if you choose to stop rolling they go into your vault. Thanks to The Weakest Link I couldn’t stop saying “Bank” though I’m sure there’s a more Looney term for the action.

It’s a mindless diversion and yet, at the same time, not mindless at all. Though the game is rated for 14 and up it seems like an exceptionally good way to introduce younger children to gaming strategy. Something that might preface the introductory course to Risk or Stratego. With so many variations of the game it’s a great “deck” to have on hand.

I received copies of both games for review purposes. 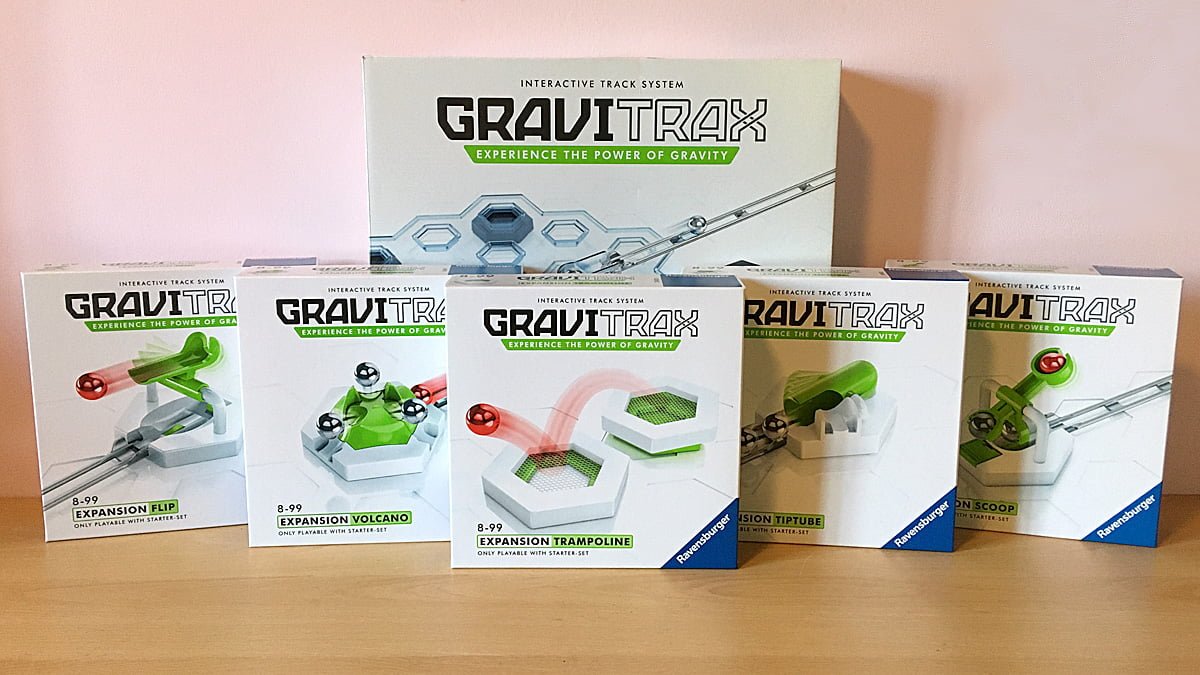 GraviTrax Expansions: Which Ones Are Worth Your Money?

A Conversation with Lindy Booth About ‘The Librarians’ Season 4