I want to be a math teacher when I grow up.

(I also want to be a Hurricane Hunter, but that’s for another post.)

Back before I became a mother, I used to set elaborate long-term goals…and then medium- and short-term goals to get me there.  Among my plans was to become a school teacher after my career in the Air Force.  I wasn’t sure how long I would serve, and I figured that teaching was a flexible-enough career with which I could follow my husband.  But then the kids were born, and practical goal-setting was thrown out the window.

I would be a math teacher.  A middle school math teacher to be exact.  After all, the U.S. is desperate for trained, critical-thinking, creative math teachers from diverse backgrounds.

I have these lofty visions of standing in front of a classroom full of wide-eyed, curious kids, ready to take in anything I send their way: quadratic equations, Cartesian grids, Pythagorean theorems, imaginary numbers, etc.  Much like Jaime Escalante, the teacher who inspired the 1988 movie Stand and Deliver.  I want to focus on middle-school-aged students because I feel that’s an age where you can “make or break” a student’s interest in math and science.  Can I set an example for kids?  Can I say “Look at me, I didn’t care that I got straight As in math and look at me now?”  Can I show that math doesn’t have to be scary?  Can I show girls that there are more important things than boys who are threatened by their intelligence?  Can I inspire someone that a passion for math does not equal a lifetime of being bullied?

Now that my kids are getting older, and theoretically I have 6-7 hours per weekday to the household and community while they’re at school, I feel like now would be a good time to work on that goal.  I have less than 4 years remaining in the Air Force Reserves; I could posture myself to earn a teaching certification as soon as I’m retired.

But as of this writing I haven’t done anything about it.  Instead, my emotions have been bombarded from a million different directions about whether this goal can be met.  I have logistical and political issues standing in the way.

First, there’s the time commitment to take the coursework.  Where would I find time to get a teacher certification?  I keep VERY busy when my kids are at school, whether volunteering at the school, or volunteering at my husband’s Air Force base, or just keeping up with housework and errands.  When I do my Air Force Reserve duty, a lot of schedule Tetris (to coin a phrase from ChaosMandy’s post earlier this week) has to take place to keep the bills, kitchen and homework afloat in my absence.

I’m encouraged by how many military-family-friendly online schools are available now, such as University of Phoenix, as GeekMom Andrea is experiencing and sharing with us.  But this leads me to my next concern, state certifications.

My husband can expect to move every 2-4 years for as long as he chooses to serve in the Air Force.  Because teachers have state certifications, every time we move, I’d have to work on a recertification process that doesn’t let me re-enter the workforce immediately.  There are many programs in place to make this easier for spouses, but most of them are state-funded.  Several “military-friendly” states (such as Florida and Texas) have robust programs for quickly returning to teaching after moving, and there are also several Department of Defense programs for spouses, such as the Military Spouse Corporate Career Network, available to me.

It doesn’t change the fact that I will have to work with variations in states’ teacher certification requirements if I’m to pursue this while we’re still a frequently-moving American family.

My next set of concerns are more political.

I’m in a pretty nice place in my Air Force career.  In 16 1/2 years, I’ve built up enough experience and leadership skills that I can choose to take my remaining years in one of several directions.  Do I want to command a reserve weather unit?  I don’t think it’s out of the question.  Do I want to continue on in the position I currently have?  I think I probably could.

But were I to become a brand-new math teacher in a middle school, I predict I’ll be starting pretty low on the totem pole.  I’ll need to prepare myself for that.  Algebra I for 5 periods, lunch duty in the cafeteria, and study halls galore!

Am I prepared for today’s tweens/teens in American middle schools?  Smart phones?  Gaming?   Might not know cursive but will know HTML at age 11?  Is accustomed to — heck, prefers — multi-tasking while doing homework?

Am I prepared for the PARENTS of today’s tweens/teens?  This might scare me the most.  This article went viral on Facebook this past week as several northern states started school right after Labor Day.  I agree with this opinion wholeheartedly, from asking that parents trust the teachers to allowing kids to get that feeling of non-success every once in a while.  The teachers don’t WANT to fail your kids, but if they earn As when they haven’t deserved them, how will they fare in the real world when failure might mean losing a job/paycheck/mortgage?

Am I prepared for the curriculum constraints that many states have, to ensure children meet state-mandated education benchmarks, such as Florida’s “Sunshine State Standards“?  You hear the term all the time: “Teaching to the test.”  My kids haven’t experienced their first state standardized test — the FCATs — quite yet (that’s coming the week of April 16th for my oldest), but I know it’s a HUGE deal here and we parents have to attend an information session at the end of September.  Will I be able to effectively combine a positive, inspirational learning environment with the required benchmarks?

Am I ready to become affiliated with a union?  The National Education Association is America’s largest professional organization AND labor union…it’d be pretty nice to have 3.2 million educators behind me, right?  I grew up a military brat, and as a military member now, I’ve never experienced a unionized lifestyle.  Such benefits vary greatly by state, and who knows how strong or not-so-strong union support will be in whichever state we end up in.

Thank you for putting up with my monologue.  We’ll see if I get anywhere with this. 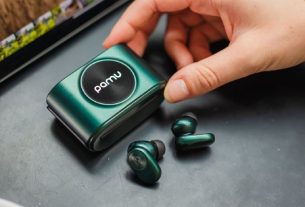 GeekDad: The New PaMu Slide 2 ANC Bluetooth Earbuds Let You Enjoy Your Sounds Where Ever You Go

14 thoughts on “Education Week: To Teach or Not to Teach? That is the Question…”