We find ourselves in the car quite a bit. No, we’re not the after school sports family, driving to ball games. We’re the nomadic family. We love to drive to new places and explore. But sometimes the drive part isn’t as much fun as the exploring part. That’s why I’m totally in love with a new book, called The Monster Doodle Book, by Travis Nichols. It will make a great addition to the stash of goodies my kids pack for our hours in the car.

When our review copy came in the mail, the intention was to see how each of my kids responded to it, with their variety of ages. But the 10 year old scooped it up and claimed it as his own, immediately. No saving it for the next 3 hour drive to New Hampshire to see Grandparents. He was ready to draw – NOW.

This is my kid who loves to doodle on papers in school, most themes being related to Star Wars looking space ships and aliens. He’s been known to sketch out a few zombie attack plans too. You can never be too prepared.

So this book was right up his alley. Mr. Nichols has done a great job of creating clever prompts to get a creative mind flowing. There are heads missing bodies, and bodies missing heads (not normal bodies and heads, of course…monster themed parts).

Some pages have written prompts, like the Tiny Monster Challenge, challenging the artist to fit as many tiny monsters on the page as he could. Or my son’s favorite – “Finish this monster, then punch it in the face. In public.” He’s saving that page for a very special drawing.

Other pages just have themes, like an alphabet with some of the letters drawn as monsters, the missing letter monsters to be filled in. There’s a monster year book, with blank spots for the missing monster students to be created.

Page after page of clever beginnings of monsters has kept my boy busy in the past week. Last night I snuck the book out to the front porch, to try my hand at a drawing. It was hard to decide which page to attack. When I asked my 18 year old son, sitting next to me, if I should do a specific page, he looked at it and said, “No…save that one for me.” I guess it’s still the family’s book, no matter what the little one believes.

My fellow geekmom, Cathe Post, also got a chance to play with this fun book. These were her thoughts:

“The Monster Doodle Book is an imaginative series of artistic and gross activities. The younger kids (5 and 7) did not have the attention span to sit down and follow the directions. Younger kids might have an interest in this book, but will not necessarily produce quality material (though it did force my daughter to think about what her favorite smell is and how to write with her other hand, for example). I think this book would be good for kids 8 and up.

The older kids (9, 13 and 14) all did fine. They were interested in the doodles and thought about what they were doing. It was interesting to observe the difference in the younger group of kids versus the older group of kids tackling the doodle projects even though the enthusiasm levels seemed to be comparable.”

I think I agree with her. Kids younger than 8, who love to draw, might really enjoy it. But overall, the older set will have the most fun. My 10 year old literally spent hours filling in the details on his pictures. I love that something so creative has captured his imagination. He spends a lot of time drawing, but also a lot of time describing his drawings and discussing them with big brothers, who can appreciate a good, detailed monster.

This book is available on June 7, 2011 and will be well worth its $13.95 asking price. I’ve even considered buying a second copy, so the rest of our family doesn’t have to rip our current copy out of the hands of my obviously addicted fourth grader.

Side note: The author has a fun website, that gives a nice preview of the book in a fully interactive flash version of two sample pages. Be sure to also check out the silly video of the author, celebrating the release of his new book with some creative costumes and dances.

Birthday Week –A Quinceañera: the Biggest Birthday Bash of Your Life (if you’re turning 15, Latina and willing to participate) 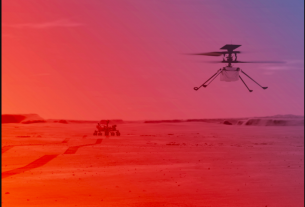