When I was at Toy Fair earlier this year, one of the booths that caught my eye was the robot-filled one of Robotis. I was interested in their Ollo robot kits, which are similar to Lego. There’s a booklet with visual step-by-step instructions showing how to put robots together, plus all the parts you need to make a variety of different robots.

The folks at Robotis sent us a kit to try out. My daughter is much younger than the recommended 10+ on the box, but that didn’t diminish her enthusiasm in the slightest. The tiny connector pieces were a little too small for her to work with easily, but there’s two steps to putting them together – sliding the bottoms into the holes, and then pushing the tops down. She became a master at that second step. I was shredding all of my fingernails putting the connectors together and into the holes, realizing only once we were nearly finished that the kit comes with a handy tool that makes it so much easier. Duh.

The great thing about the kit is that first there are steps to make a basic bug body. Then there are different sections to customize the bug. With the one that we chose, we managed to build right over the power button on the motor. We got it working in no time, but then when it shut itself off we were very confused about how to turn it back on. An inquiry to Robotis set us straight.

As a remote-control toy, it’s very satisfying. First, because we built it and felt proud of the fruits of our labor. Second, because the controls actually work well. Unlike many other RC toys, my daughter has no trouble getting our bug to go where she wants it to.

You’ll see in the video that the next thing we need to do is figure out how to build a bug that will pick up Cheerios off our floor.

Ollo DIY robots are great for any kids with an interest in robots, but depending on the age of your kids, plan on helping out. (You’ll want to anyway because it’s pretty fun.) The kits aren’t cheap, but I think they’re worth it. And, as we’ve discovered, people will come over to your house, see the robot that you made, and think that you’re awesome. 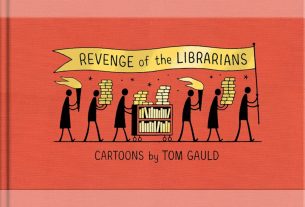 GeekDad: ‘Revenge of the Librarians’ by Tom Gauld: A Book Review

3 thoughts on “Building a Robot With My 5-Year-Old”