So, Game of Thrones‘ pilot found a great audience, received positive reviews (at least most of them) and is already renewed for a second season.

I mean great series like HBO’s, with good actors, good production and, well, a good budget, too. Many fantasy series are better suited to TV series than to movies. Basically, they need time to explore the universe, deepen characters, and develop the plot, which has often worldwide issues. But they also need money. Cheap dragons would look ridiculous. It seems they can now find it: TV series have become masterworks, involving great directors, great actors and often more inventiveness than movies.

So here’s the next question: which fantasy (books) series would be fit for TV? Which ones would you like to see?

Some of them have already been adapted into movies (with various success), such as Philip Pullman’s His Dark Materials, C.S. Lewis’ Chronicles of Narnia or Howard’s Conan. Lloyd Alexander’s Chronicles of Prydain got a Disney movie in 1985, The Black Cauldron, which was fun for children, but I think they deserve a second try. Anyway, I’ll exclude these from my list.

My own pick would be:

1. Zelazny’s Chronicles of Amber
Pro: I’m a big fan! More seriously: great characters, strong and deep, with a lead character you follow throughout the series; a plot involving politics, magic, family rivalries, romance and some epic battles; secrets gradually unfolded… All ingredients for a good series.
Cons: Very diverse settings, from our own Earth to the magical “First City” of Amber that’s supposed to be the origin and model of all worlds. Quite a challenge. Filming Shadow-walking (the way characters travel through parallel worlds) would probably be challenging, too.

2. Weis & Hickman’s Dragonlance
Pro: Great characters one would really love to see on screen (even if I suppose Raistlin would steal the show), epic setting, battles, romance, inner conflicts, comic reliefs. Actually it could have been written for TV!
Cons: OK, that’s not great literature. I completely agree. But it wasn’t meant to be. And I’m not sure great literature and great TV series are always made of the same stuff. Oh, and the dragons have to be really, really good if one want the audience to buy it.

3. Eddings’ Belgariad
Pro: Again, great characters offering great opportunities for actors (who would steal the show? Belgarath? Polgara? Silk?) with a classical quest storyline and a young hero uncovering his powers and secrets, perfect for an audience to identify with. Fewer fantasy creatures, less incredible places, which would make it easier to film, I suppose.
Cons: Again, not great literature. And the plot is very, very classical. Anyway I think it would work.

4. Jack Vance’s Lyonesse
Pro : More original, more faery-like than the previous ones. Interesting atmospheres, sometimes melancholic, sometimes funny, that could appeal to a wide audience.
Cons: Its flaws come from its qualities: that would be hard to find the right tone, the right atmosphere. There’s not a single lead character, but A Game of Thrones doesn’t have one either. Neither has Dragonlance. Also, it’s shorter than the other series; that would probably do for a mini-series.

But there are many other possibilities, such as:

What would be your choices? Which fantasy series would you really like to see on TV? 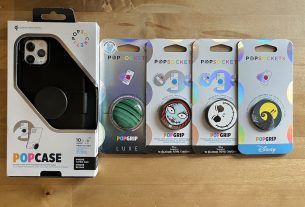 15 thoughts on “After Game Of Thrones: Which Fantasy Books Would You Like To See on TV ?”