I just got caught up on the recent controversial blog post made by “Dilbert” creator and geek icon Scott Adams and the resulting Internet fallout. For catching-up purposes of your own, here are some handy links:

In summary, Adams wrote a humor piece that purported to side with men’s rights activists, only to pull the rug out from under them by telling them to stop whining. Okay, fair enough, I suppose. It’s not the most original or interesting joke in the world, but hey, it’s a blog post, not a masterpiece.

I’m not going to dwell on the outrage brought on by the terminology Adams uses, which doesn’t exactly compare women to children and/or the mentally disabled — it just says that women should be dealt with like children and/or the mentally disabled. I do think his “What? You’re upset?” response is disingenuous when such language seems designed to cause a stir. After all, if I quoted some statistics about how much more likely men are to batter their wives than vice versa, and then said that men should be dealt with like rabid dogs, I imagine that would spark some controversy. (And for the record, I don’t think that — I’m just using an comparable outrageous example for illustrative purposes.)

But the most irritating part of the brouhaha, to me, is Adams’ “get over it” approach to the issues he’s discussing — issues that are important to both men and women. In his self-defense post, he states that he thinks readers “benefit by exposure to ideas that are different from whatever they are hearing” and that he was trying to “add diversity to your portfolio of thoughts.” But at the same time, he’s shutting down all discussion of the issues in question by telling men — and by extension, ostensibly women, too — to give up and shut down.

That seems to be the guiding principle of the post: If something seems unfair, or someone’s argument seems irrational, or someone has a very different viewpoint from you — just ignore it. Don’t bother trying to take the other person seriously and give respectful thought to his/her ideas, don’t spend any energy trying to find common ground, don’t attempt to expand your mind to see things from someone else’s perspective. Just blow it off, roll your eyes, and carry on with your day.

Humor piece or not, how is that helpful to anyone? In this time of intractable red-state/blue-state divisiveness and rampant anonymous Internet vitriol, why would you want to take the position that closing yourself to mind-broadening empathy is the correct answer? Especially when your stated purpose is to expand our minds?

Look, I get that not every battle is worth fighting. I’ve stopped trying to convince people that romance novels should not be blanket-condemned as trash with Fabio covers. Not worth it. I don’t argue with my mother about religion. Not worth it. I don’t even make book or movie recommendations to friends unless specifically asked to do so — there’s no point in becoming invested in whether or not someone else reads or watches something I like. It’s not worth it.

But men’s rights and women’s rights? Real concerns that touch almost every aspect of our lives? How is that not worth it?

And I don’t buy the argument that these issues are too sensitive to talk about rationally with the opposite sex. I have sympathy with a lot of men’s rights issues — I don’t think it’s fair that only men are subject to the draft, and I do think fathers face an unfair bias in custody battles, to name just two. And I’ve known plenty of men who are able to rationally discuss women’s rights issues with me and can accept, say, that the equal pay for equal work dilemma is not completely encapsulated by Adams’ reductive “men go for it more” argument.

But Adams seems to think this kind of dialogue can’t exist, and that’s frankly depressing.

Adams continues his dismissive attitude in his blog post responding to the furor. He wrote the original post because he “thought it would be funny.” People didn’t get it because they weren’t his “specific sort of audience.” There’s nothing to get upset about in what he wrote because he’s “not trying to change anyone’s opinion.” And — my favorite — if you got offended by the post, it’s because you didn’t get it. “No one who understood the original post and its context was offended by it.”

So, if you’re upset, it’s your comprehension/lack of context problem, not his. Don’t talk to him about it. He’ll be off rolling his eyes and ignoring you like the four-year-old you are.

I’ve always liked Scott Adams and “Dilbert.” I read The Dilbert Future years ago and enjoyed its thought-provoking ideas. None of my previous exposure to Adams’ work led me to think of him as this dismissive and arrogant. Because of that, I’ll try to keep my mind open and hope that this was a one-time stumble from a usually smart and entertaining guy.

GeekMom Smile Playlist: 12 Songs to Cheer You Up 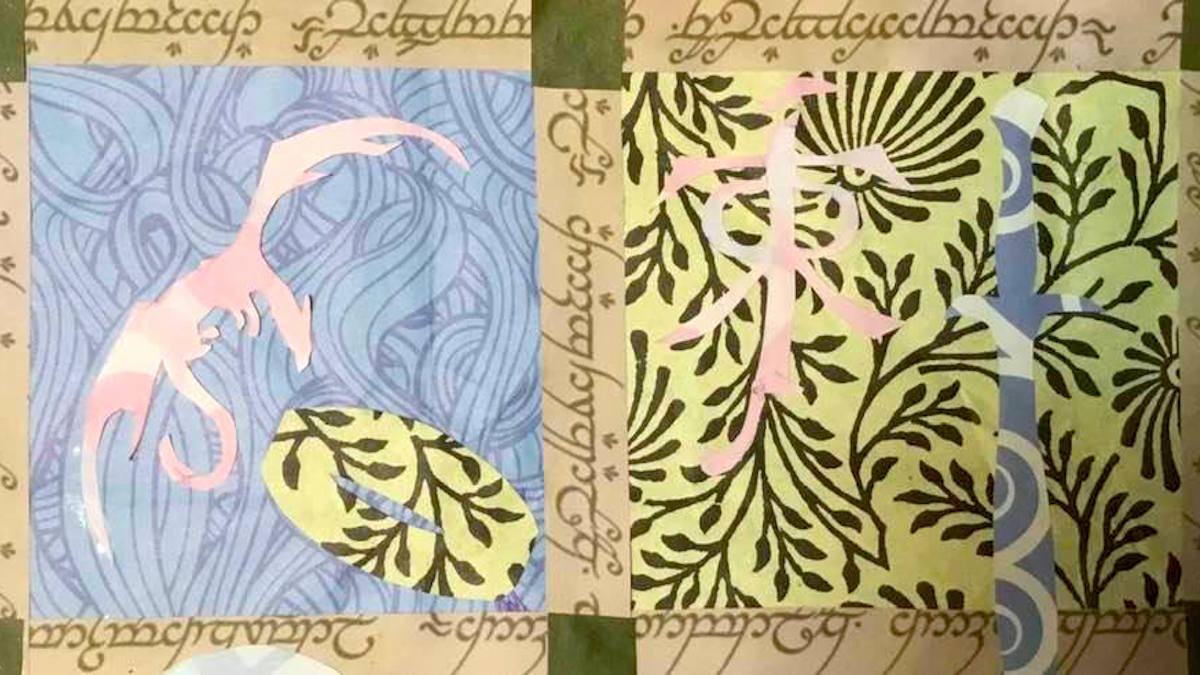 Be the Artist: Messages and Meanings in Quilts