I was going to write how much I love Diana Wynne Jones.

How I discovered her quite late, and regret it. Had I been British, I’d probably have read her since my childhood. What a joy and glory it would have been !

How I love her characters, strong, clever and funny, both male and female ones — which is rarer than you’d think.

How she was herself strong, clever and funny, for example when she’s explaining to children how to write (“Most teachers will tell you that you need to make a careful plan of your story before you start. This is because most teachers do not write stories.” I’m a teacher myself, you see, so I’m allowed to laugh.)

How she was comforting for all of us fantasy geeks when answering “the question [she] always gets asked most irritably: Why did you choose to write Fantasy? Why magic?“.

And I was struggling trying to pick my favorite book by her, which is, of course, impossible, because of her ” multiple glories.”

But such is the magic of the Web, sometimes.

I found a tweet by Neil Gaiman, who is a great admirer and friend of Diana Wynne Jones.

Not the one he wrote when he heard the news, and everyone’s retweeting now. (“Rest in Peace, Diana Wynne Jones. You shone like a star. The funniest, wisest writer & the finest friend. I miss you.”)

This one sounds right, of course. All the superlatives are deserved and, oh, yes, we miss her.

But I found an older one. 8 May 2009. “Diana Wynne Jones is the best. The very best. Honest. Finally an article that says so too.” (He’s referring to the Guardian article I linked to above).

And for one I feel the magic of Twitter.

Short as a haiku. You don’t need more. The best. The very best. Honest.

Ephemeral as a tweet, as life, yet strangely permanent. Still there, ready to be found, two years later, when you really need it. As good stories are. And she wrote the best ones. 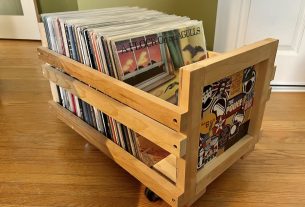