Even if you’ve never heard the term “earworm,” you’ve had one. You know — one of those songs or tunes or fragments of melody that gets stuck in your head for days on end, so that you find yourself muttering “if you’re blue and you don’t know where to go to, why don’t you go where fashion sits” over and over again, in the shower and in line at the grocery store and at your desk and aaaaaarrrrgggghhh make it stop!

Yes, earworms. Everyone hates them. So when I heard about a company that was trying to use the power of the earworm for good, I was intrigued. And skeptical. And a little afraid.

But that’s just what Earworms MBT (Musical Brain Trainer) intends to do — teach you foreign languages by using music integration and rhythmic repetition in a series of audio lessons. You can get these lessons on CD, in downloadable audible.com files, or by buying an iPhone app. There’s also a free trial app that gives you a taste of what you’ll get in twelve different languages, including Spanish, Italian, Arabic, Cantonese, Polish, and more.

After sampling the free app, I decided to dive in with the full Volume 1 of a specific language and really see what this kind of language learning could do for me. To make it a fair test, I wanted a language I had very little familiarity with, but one that wasn’t completely alien to my eyes and ears. I settled on Dutch. Like all the Earworms apps, the download cost was $9.99. (Disclosure: I received a reviewer’s promo code.)

The learning experience wasn’t what I expected. I thought my audio teachers would choose some Dutch words and phrases and sing them, making up little songs that I would then carry through my day. This made sense to me, as I tend to learn songs very quickly and often pick up all the lyrics to radio tunes without even trying. But that’s not how it works. Instead, each lesson has a fairly subtle musical background — genres range from folk/pop to country to dance club ump-che ump-che — with a man and woman conversing over it. There is some attempt made to repeat phrases in time to the beat, but it’s not anywhere near as rigidly beat-centric as I’d anticipated.

So after a first listen, I was more skeptical than ever. If they weren’t going to teach me in song form, how was this ever going to work? Also, as an admitted nerdy overachiever, I had a bit of a problem with the program’s instruction to not try. That’s right — you’re specifically advised to “sit back, relax and groove along to the melodies without trying to concentrate too hard.”

Still, I’m nothing if not a follower of rules, so I did my best to obey the instructions. I spent a couple of weeks listening to my Dutch lessons during my morning and afternoon commutes, repeating the Dutch words out loud but otherwise not straining to memorize or recall the phrases I was learning.

And… it worked. A week and a half in, I found myself popping Dutch phrases into my everyday speech, just for fun. Someone would say thank you, and I’d say “graag gedaan.” (Literally — “gladly done.”) I could picture myself in Amsterdam, telling a waiter that “ik wil graag een biertje, alstublieft” (I’d like a beer, please) or directing my taxi driver to take me “naar het vliegveld” (to the airport). I caught myself rhythmically counting to 20 in Dutch, savoring the pronunciation of fun words like “zeventien” (17).

And here’s the weirdest part — it stuck with me. After that intensive two weeks of listening, I kind of wandered off, and as of this writing, I haven’t listened to my Dutch lessons in a few weeks. But I still remember a lot of what I learned. For all the Dutch I’ve referenced here, I only had to refer to my lessons to find the correct spellings — the words themselves, and their correct pronunciations, were still in my head.

Now, I can’t swear that it was the music that did it. Maybe I’d have learned and retained as much from plain old audio lessons with no catchy riffs or toe-tapping beats. But the fact remains that a few weeks ago, all I could say in Dutch was a simple “dank u,” and now I know how to ask for a “gemengde salade” (mixed salad) — and I don’t even particularly like salad!

So, what’s my verdict on Earworms language lessons? As the Dutch say, “heel goed!” (Very good!) 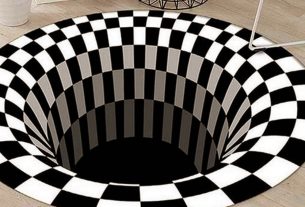 A Hamil-ton of Gifts for Your A. Ham Fan