On one of our trips to the library last summer my daughter was pulling books off the shelf willy nilly and asking to take each and every one home. She loves to read and in her mind there was no reason that she couldn’t read all those books. I limited her to 10 books because that was how many I could keep up with and not lose. There is a notorious story in our family from when I was a child about a library book being lost for seven years. Yes, you read that right. At least we did find it and return it. Eventually.

While she was carefully choosing her books from the pile, the title of one caught my eye. The Princess Knight

by Cornelia Funke. We aren’t princess freaks, but she does like to dress up and pretend play, so I thought a princess book with that title would probably have some redeeming qualities other than needing to be rescued by someone else. I thumbed through it quickly and added it to her stash. Thus she got to check out 11 books because one was for mommy.

The author introduces us to Violetta, who is the youngest child and only girl. Her mother dies in childbirth, which unfortunately happens a lot in these stories, and her father is left to raise her alone. Or at least with the help of a nursemaid. Since the King doesn’t know what to do with a girl, he decides to teach her the same lessons he taught his three older boys: jousting, fighting, and how to give orders. While she is encouraged to try typical female pursuits of the time such as needlepoint, she is also allowed to be trained in combat like her brothers. Her brothers tease her mercilessly, and Violetta is so small in stature it is difficult for her to keep up with them. Her nursemaid tells her that while she may not be as strong, she is much smarter than the boys. Through Violetta’s persistence and sneakiness, she trains in secret at night until she is able to keep up with the boys easily. When she turns sixteen, a tournament is held for those seeking her hand in marriage. Not to ruin the ending but Violetta is less than pleased with this turn of events and ends up taking matters into her own hands.

The illustrator for this book, Kerstin Meyer, took inspiration from the Bayeux Tapestry when illustrating this story, which makes for a nice historical teaching moment.  While some of the views in this book are more to the time period of the story, such as when her nursemaid tells her to stop learning “silly fighting” and learn something useful such as embroidery or weaving, this is a small part of the story and was also an interesting teaching moment for my daughter. She didn’t get how those things were useful — and certainly didn’t understand why Violetta wouldn’t want to do what the boys were doing. The story does a good job balancing the typical woman’s plight during the medieval era with a modern day sense of women taking care of themselves. Violetta is a fabulous self rescuing princess that extols the virtues of courage, independence, and persistence. My daughter loved this book and so did I.

ICE! at Gaylord Palms — The ‘Coolest’ Attraction in Orlando 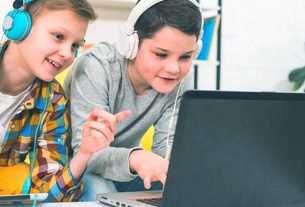