Occasionally, I find my reality thrown into harsh perspective.

A few days ago I wrote of my unexpected experience in a neighborhood I didn’t mean to be in. My tale had a house on Cherry Street and child with a stick. And at the time it didn’t have a very happy ending. If you missed it, catch up your GeekMom-ing by reading A Sort-Of Merry Christmas: The Importance of Remembering to Give. I know it doesn’t sound very happy, but wait. It gets better. On more levels then I possibly could have expected.

Way # 1: Remember the family in the burned out home,  the one with the Christmas lights around the fire damage? I had lamented that I would be unable to help them this Christmas season. Even if I could have found them, what I have to offer could not be nearly enough. Turns out my story struck a nerve with a personal friend of mine. I didn’t even know this friend read GeekMom, much less made the connection between JennT and me IRL. I got a call the day after the story went live on GeekMom. Turns out this friend, who wishes to remain anonymous, experienced a Christmas fire as a child. The old-school C9 lights ignited the sap on the family’s live Christmas tree and, WHOOSH, up went the living room…and the presents. It was December 23, year Long Long Ago. No one was hurt but my friend was pretty sure Christmas was a total loss. Church and family members intervened and by December 25th, the family had been relocated to an uncle’s vacated rental property, the Christmas tree re-bought (this itself a miracle on the day before Christmas. Have you ever tried to by a Christmas tree that didn’t look like Death had toyed with it first on the day before Christmas?) and more safely decorated, and gifts, more plentiful than had been lost, supplied. It’s my friend’s favorite Christmas memory.

Thus my friend intervened. It just so happened that my friend’s spouse is a general contractor who makes a merry little habit of donating one project to a family in need each Christmas season. The house on Cherry Street fit the bill perfectly. With the help of a terrific GPS system and a very patient friend we relocated the burned out home. I could not be there to tell the family, but I didn’t need to be. My friend said the family was ecstatic and that all signs point to the structural work and exterior being finished by Christmas. It won’t look pretty but it won’t be quite so aerated either.

Way # 2: (This is where you come in.) The same day my friend married to the contractor called, one of GeekMom’s editors, Jenny Williams, dropped me an email. Seems all the right people were reading GeekMom that day. Coca-Cola has taken notice of the shortages befalling Toys for Tots and they’ve responded. All they ask to do this is that people donate their MyCokeRewards points to the cause. They’ll take those points, turn them into cash, and drop a big ol’ wad of money in the Marine Corps lap to help the program thrive. That’s even simpler than getting a toy. Just a few clicks of the mouse and Voila! you’ve done a good and self-less thing. Occasionally, I find my reality thrown into harsh perspective.

And, occasionally, that new perspective is so much better.

Thank you for all you do, GeekMoms. Keep giving, keep living, and Merry Christmas. (No sort-of this time.) 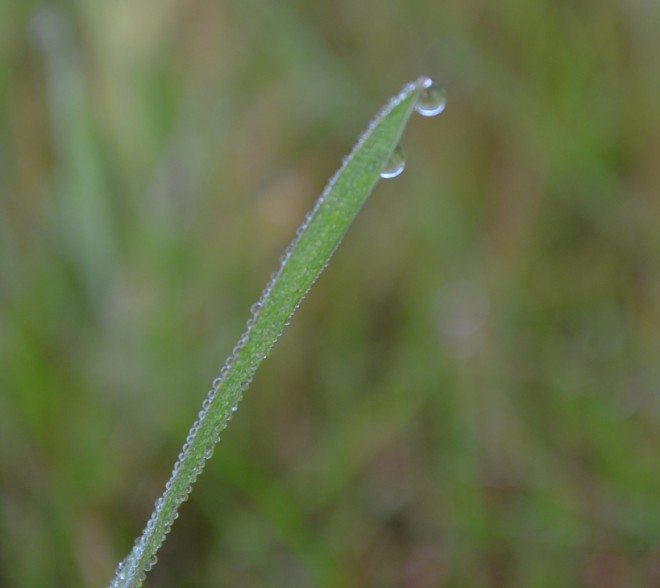 Gut-what? How to Tell Dew from Guttation

1 thought on “A Sort-of Merry Christmas, Part Deux: An Easy Opportunity to Give This Holiday Season”