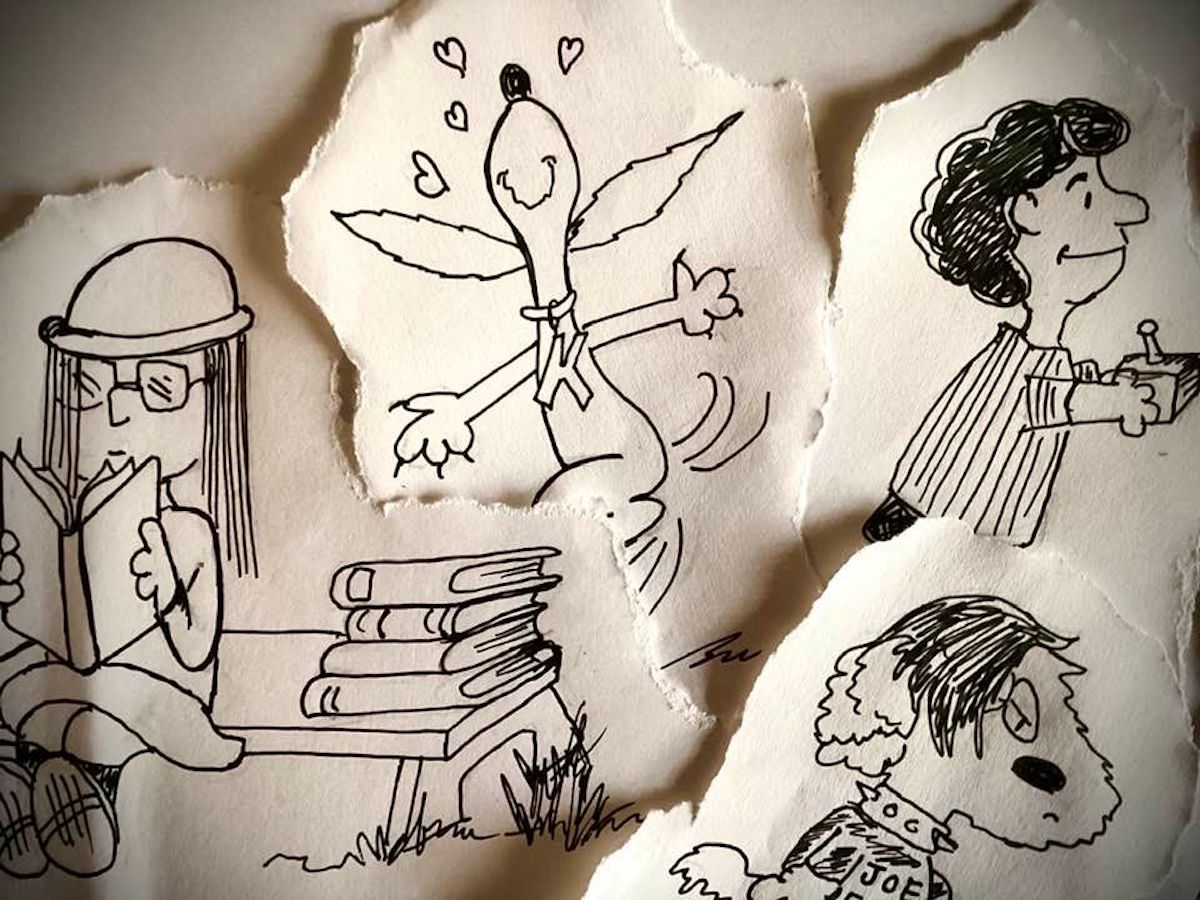 Charles Schulz would have been 100 years old this year.

Born in Minneapolis, Minnesota on November 26, 1922, Charles Monroe Schulz was linked to the comic world at just a couple of days old, when his uncle nicknamed him “Sparky” after the horse, Spark Plug, in the Barney Google comic. His father, a barber, used to read to him the Sunday morning comics each week. He knew then cartooning was what he wanted to do. His first published ‘toon was in 1937 when an illustration of his dog, Spike, was published in a Ripley’s Believe It or Not feature. This was enough to help inspire him to pursue his dream and take a correspondence course at what was then the Federal School of Applied Cartooning.

However, when he was 21, he was called to service in World War II, and soon after that, his mother died of cancer. He returned home from the war in 1945 where he continued to pursue his dream. He soon sold one-panel cartoons, titled Li’l Folks, to a regional paper for three years. This would evolve into something called Peanuts.

The first Peanuts strip was published in just seven newspapers in 1950 when he was 27 years old. Schulz’s life-long dream of being a comic artist was realized, but Peanuts would soon grow to be so much more.

When he announced in 1999 that he would retire his Peanuts strip, it was syndicated in more than 2,600 newspapers around the globe and translated into more than 25 languages. Over the 50 years of his famed comic’s run, he would receive countless awards for his works from an Emmy to an Inkpot (from San Diego Comic-Con). He was given special honors by everyone from NASA to the Hockey Hall of Fame to his own star on the Hollywood Walk of Fame for his work in comics and animated specials. In addition to a Schulz Museum in Santa Rosa, California that opened in 2002, there’s a Snoopy Museum in Tokyo. There was a musical inspired by his Peanuts characters, You’re a Good Man Charlie Brown. His name is on a hockey rink in Minnesota and an airport in California. He has been Grand Marshal in the Rose Parade, and even Snoopy has his own section of the theme park Knott’s Berry Farm. This isn’t even touching the surface of merchandise and book sales surrounding the legacy of Charlie Brown and the crew.

Not bad for an artist who once described his young life as “one of rejection.”

One of the reasons Schulz’s work made such a huge connection with readers worldwide is that he didn’t create a perfect little world for children. He knew is it was filled with both good and bad.

The official Schulz Museum website describes his humor as “at times observational, wry, sarcastic, nostalgic, bittersweet, silly, and melancholy, with occasional flights of fancy and suspension of reality thrown in from time to time.”

Schulz passed away on Feb. 12, 2000, just one day before the final Sunday Peanuts was published.

He always said, “cartooning is my life,” and the timing of his passing proved it.

The Project: Who Is Your “Charlie Brown”?

We know that Charlie Brown was basically Charles Schulz, and being able to work out the good and bad memories of growing up in a well-loved comic form helped make his characters both relatable and enjoyable.

For this project, you’re going to create, in Schultz’s style, your own cartoon self. This might not be exactly who you are in the real world, but rather how you often see yourself in your imagination. You don’t even have to use your own name.

Would you wear a specific item (like Charlie Brown’s shirt) or have a distinct hairstyle (like Sally Brown’s)?

Schultz’s style went in a different direction from many comic images, where features are overly-large exaggerated. The eyes are mainly dots. The heads are small circles or ovals, and the mouths and hair are simple line art.

Here’s how quickly Schultz could draw the simple and expressive Charlie Brown:

Now, as lonely as Charlie Brown was, he needed a couple of other people in his life. So does your character. (Yes, you do!) Do you have a pet as demanding a Snoopy, or do you know some bossy or philosophical people like Lucy and Linus? Do you have any siblings who are always hanging around?

Fill your world with these people and animals (even if just one or two) as well as your place in it.

Do you feel you’re always in the background, like Charlie Brown, or do you constantly need to be the center of attention? Are you just happy to be hanging around, quietly observing, or are you a performer at heart? Whatever you are or see yourself as place that person in your world among others.

“Be yourself,” Schultz says. “No one can say you’re doing it wrong.”

Remember, everyone you know, whether you get along with them or not, has a personality that makes them unique.

All of sudden, there’s a whole little cartoon community, not just a character study.

Now, you have a little Schulz-style altar ego surrounded by pets (perhaps), friends, or foes. This little doppelgänger of you is ready to be placed in an adventure, big or little.

That’s all there is for this week.

Wasn’t Schulz’s Charlie Brown best loved in the form of a comic strip?

Yes, he was, but here’s the twist. Hang onto that notion until the next “Be the Artist” in two weeks. We’ll continue this project by exploring an artist who also used herself for her art, long before Schulz was ever known.

Until then, start tapping into your memories, melancholy or joyful, and think of a short story you want to share.

Don’t worry about your limits because we all have more potential for storytelling than we realize. Schulz even reminded us life is like a ten-speed bike:

“Most of us have gear we never use.”